They changed their name, moved to Sweden, they have a big apettite and dreams for their future. Aliki Kostopoulou explains how Ruthless Steel became Scarblade, talks about her influences and the band’s immediate plans. Interview: Jason Kasioptas.

Rockpages.gr: Can you please do a brief flashback to your past when you were still called Ruthless Steel? Why did you change the band’s name to Scarblade? 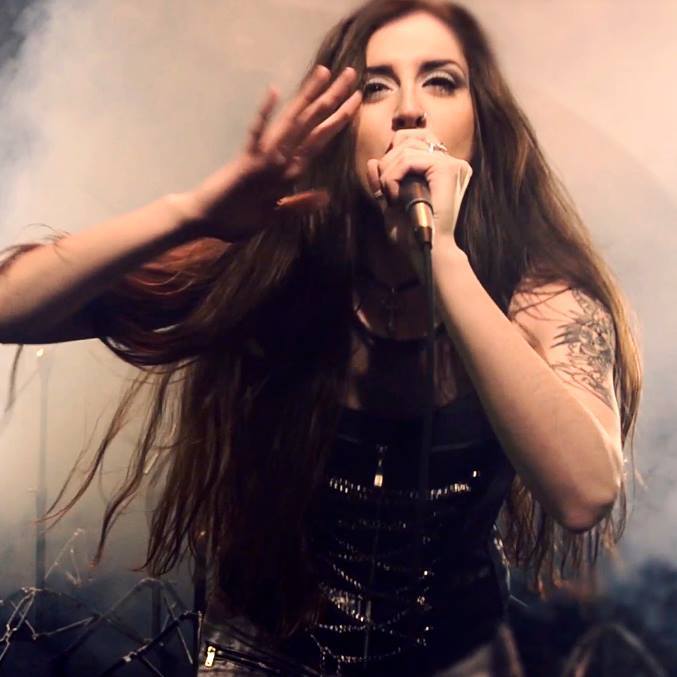 Aliki Kostopoulou: Scarblade started off as a Greek female fronted heavy metal band that was created in May 2012, initially as Ruthless Steel. After a few shows, with Slough Feg’s gig at Kyttaro in 2012 among others, we recorded and released our first EP “Die In The Night” in 2013 via Iron On Iron Records, influenced by classic metal bands like Judas Priest, Warlock, Riot and Accept. After a few shows in festivals abroad in Belgium, Germany, Bulgaria and the Netherlands between 2013-4 the recordings for Scarblade’s debut album, titled “The cosmic Wrath” begun. The album was produced at Studio Aspiotis by Giorgos Aspiotis and it was released on 13/05/2016 via No Remorse Records. At the same time we shot our music video for the new version of “Die In The Night” which is featured in the album. Just ten months ago I moved to Goteborg, Sweden and the band’s lineup went through some changes and we changed the name to Scarblade. We did that because we felt that our previous bandname was a bit limiting, in the sense that maybe the listener would think that we are “old school” while we want our sound to constantly evolve.

Rockpages.gr: What made the band to move to Sweden, what led you to that and what differences do you see?

Aliki Kostopoulou: The entire band did not move to Sweden! We were forced to make some changes in the lineup with Jonathan Berg on guitar, Kalle Bjorg on drums, we added a keyboard player, Stefan Malmenlid and our bass player, Nikos Georgakis also moved to Sweden. The basic difference is that heavy metal and its bands are treated with the same respect as every other artist in the music industry. This is not wonder, since metal is one of the most popular music genres in the country. There are more chances to promote your music and the audience, as well as promoters are very demanding and that’s how it’s supposed to be in my opinion. As far as my relocation to Sweden is concerned, I had contacts and knew some people, since I’ve visited the city several times. I’ve been friends and I’ve been working with Nikos Georgakis for ages and we were excited with the idea of moving here. 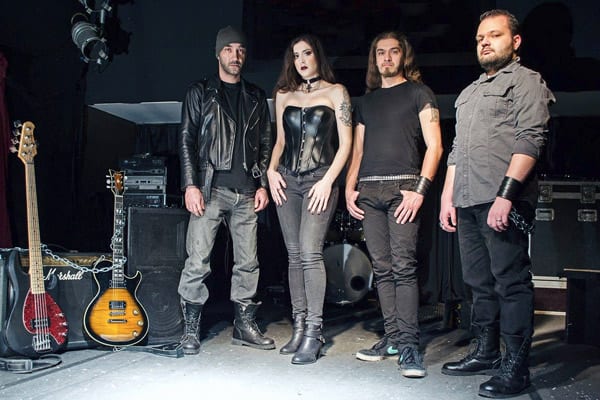 Rockpages.gr: So, there are Greeks and Swedes in the band now, what’s the relationship between you guys? What did you teach each other?

Aliki Kostopoulou: It’s a relationship of love and worshio. Swedes love our sense of humour and our temperament and we love their “quite power”! There is great chemistry between us and it’s really funny and interesting to see and show how a Greek and a Swede acts and reacts!

Rockpages.gr: How come did you decide to produce the album in Greece, instead of Sweden? 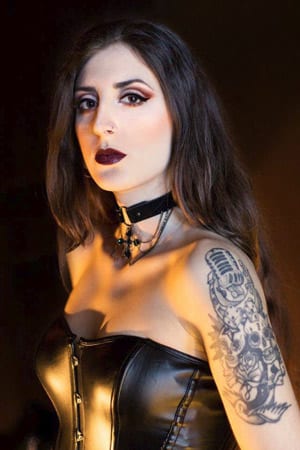 Aliki Kostopoulou: Well, we begun the recording of the album in 2013 and back then there was no plan to move to Sweden. It just happened later.

Rockpages.gr: You are releasing your first full length album. What can you say about  it?

Aliki Kostopoulou: I think that one of the album’s trademark is its classic heavy metal sound. However, the songs carry our several individual different influences that vary and left us room to experiment without setting limits during the production. The lyrics refer mainly, sometimes directly and sometimes in a symbolical way to everyday life with a social and a political character. I think we did a good job and I hope that people will enjoy it!

Rockpages.gr: The album’s title is “The Cosmic Wrath”, is there some reason, or a reference to that?

Aliki Kostopoulou: The title came from the lyrics themes in a way. As I said before the songs are social and political in a way and the title has to do with the feeling of rage and anger that someone experiences in everyday life.

Rockpages.gr: For “Cosmic Wrath” you re-recorded two songs (“Die In The Night” and “The Power Of Hate”) from the Ruthlesss Steel era. I think that they sound different than the rest of the album. Why did you include them?

Aliki Kostopoulou: Those were our favourites from our EP so we really wanted to include them on the album. We wanted to improve those compositions and include some new ideas, as well as give them the chance to be re-recorded with a more modern sound.

Rockpages.gr: Which would you say are your influences as a band, especially those with female vocals?

Aliki Kostopoulou: Are influences are various and it’s not just heavy metal bands… I could say that Judas Priest, Accept and Doro are our basic influence. Of course bands like The Winery Dogs (I am a great Mike Portnoy fan), Dream Theater, Kamelot or Symphony X are another part in my journey through music and maybe we can show those influences on our new album. As I said before as far as the female fronted bands are concerned I’d say that I appreciate the voices of Doro, Floor Jansen, Christianna (Elysion), Lzzy Hale… still my biggest influence after Doro is Leather Leone and then it’s mostly male vocalists. 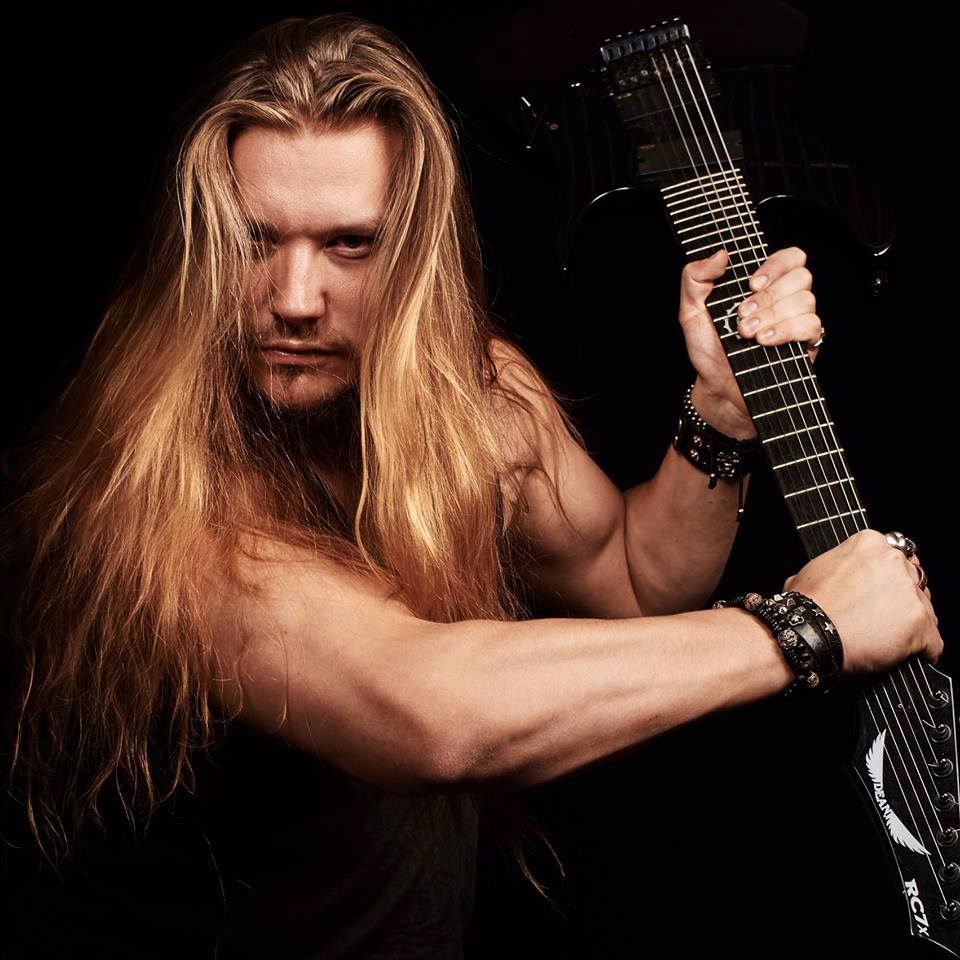 Rockpages.gr: Now that you moved to Sweden what’s your opinion about the Greek heavy metal scene? Do you think that living and staying abroad you have an advantage over Greek bands?

Aliki Kostopoulou: Perhaps we have an advantage financially, if you think the difference in Greek and Swedish economy. However, in my opinion you must really want it bad. It doesn’t matter where you are, but whether you work hard to achieve your goals.

Rockpages.gr: What are Scarblade’s plans for the future?

Aliki Kostopoulou: To record and produce our next album as soon as possible, as well as much gigs as possible. We are scheduling a tour at the moment and we hope we play in Greece as well.

Rockpages.gr: Conclude this interview with a few words for our readers…

Aliki Kostopoulou: I’d like to say a huge “thank you” to the people for its support as far as the album is concerned and we promise a few surprises in the future! Be well and don’t forget to fight for your goals! Lots  of love! 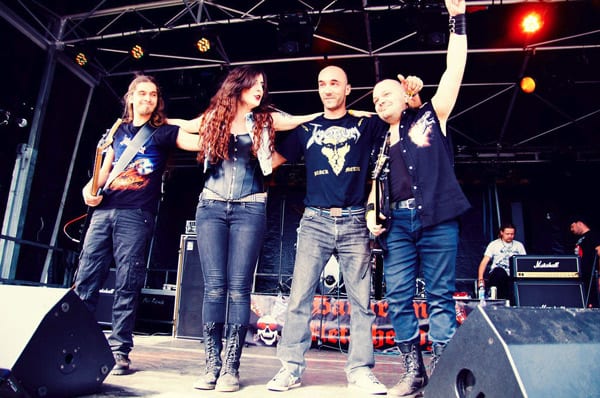