MTV Unplugged was literally an institution in the early 90s and many bands have passed through the famous studios of the once music channel in order to present different versions of their songs.

20+ years later Scorpions resurrect MTV Unplugged (for the very first time in an open theatre) and honor the country that supported them so passionately all those years, Greece, by recording three shows for a future DVD/CD release. So, as you can easily gather, the atmosphere in Lycabettus Theatre was ideal and the place was packed. 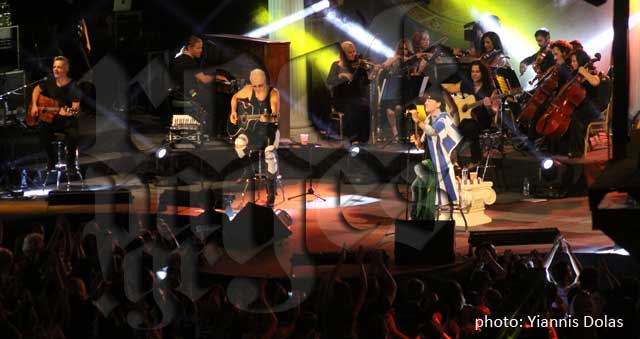 With a stage set that paid tribute to ancient Greece with columns, reconstruction of ancient images and themes etc., Scorpions hit the stage at 20:50. A few moments earlier a bunch of various other musicians had made their appearance to supplement the sound (there were cellos, piano, various percussion instruments, mandolins, accordion and various other instruments). I am sure you will soon check out many videos on YouTube and you’ll get a taste of that monumental show. However, here are a few highlights:

The song arrangement was vastly different compared to “Acoustica”, In some songs was quite fitting and successful (eg. “Passion Rules The Game”, “No One Like You”, “The Best Is Yet To Come”) and in others simply satisfactory (“Where The River Flows”, “Sting In The Tail”).

Scorpions presented many brand new tracks. I really enjoyed “Dancing With The Moonlight”, the Jabs-penned instrumental “Delicate Dance” and Meine’s “Follow Your Heart”. On the other hand I wasn’t impressed by Schenker’s “Love is the Answer”.

From the Roth period, Scorpions chose to play “Speedy’s Coming”, “Pictured Life”, “Born To Touch Your Feelings” and “In Trance” (as a matter of fact, the last one was played twice due to a power failure that left the stage without any light!).

The 2-3 guest performers were rather unknown (at least to me) with the exception of Morten Harket (A-HA lead singer) that sang with Meine the classic ballad “Wind of Change”.

The top moments, in regards with the set list, were my all-time favorite “Passion Rules The Game” and “The Best is yet To Come” with the timeless message of its lyrics.

Last but certainly not least, the absolute highlight was Klaus Meine’s voice…my God!!!! How can he really do it? He remains one of the best singers ever!

As a closing note, I must extend my biggest congratulations to the Greek Sting (the official Scorpions Greek Fan Club) that created a unique atmosphere. I really hope that this won’t be the last time that we had been treated with the magical Scorpions live experience. The best is yet to come… 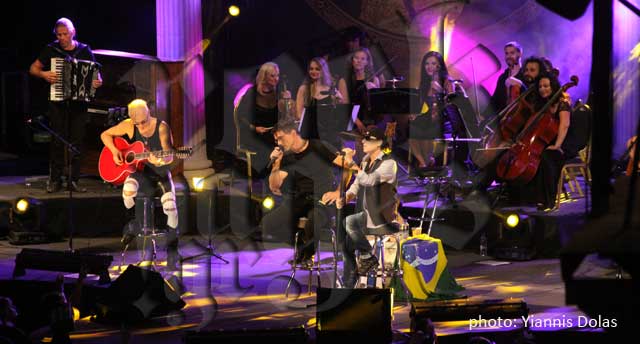 Set List Sting In The Tail, Can’t Live Without You, “Pictured Life, Speedy’s Coming, Born To Touch Your Feelings, The Best Is Yet To Come, Dancing With The Moonlight, In Trance, When You Came Into My Life, Delicate Dance, Love Is The Answer, Follow Your Heart, Send Me An Angel, Where The River Flows, Passion Rules The Game, Rock You Like A Hurricane, Hit Between The Eyes, Rock & Roll Band, Blackout” Encore Still Loving You, Big City Nights, Wind Of Change, No One Like You, When The Smoke Is Going Down