After a 24-hour rest, there came the moment of the third and final appearance of Scorpions; quite possibly the most popular band in Greece. This show was officially sold out so you can easily gather that there was absolutely no seat available. Of notice was the fact that there were no cameras around during the third show as only the first two days were captured on film for the MTV Unplugged. Also, there weren’t no seats available in the center of the venue so there were far too many people gathered at this very specific space. 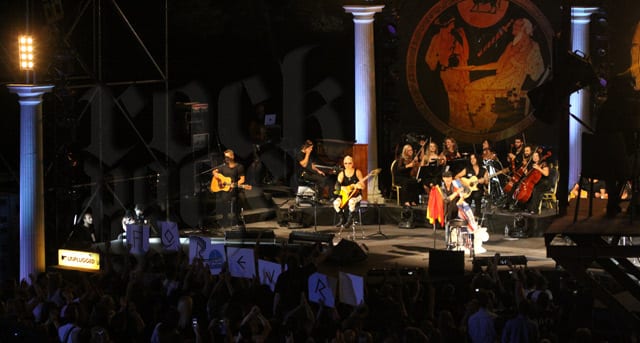 The set list was again the same and there wasn’t of course any reason for repeating a song. As a matter of cat some of the guest performers were not around this time so we got to listen to “In Trance” without the female singer called Cathe (the version of this song on Thursday seemed quite funky to my ears). I won’t dwell into the details of that third show as Sakis Nikas wrote extensively about the first day. I will only underline the importance and the essence of this bunch of concerts.

Every single show of The Scorpions in Greece is an instant success since their first appearance in Faliro back in November of 1990. Everybody likes Scorpions…even the most unlikely of people. That’s why it never fails to gather the media, celebrities and generally non-rock people. People who have absolutely no idea what’s rock is all about and they are just making –shall we say- a break of their “different” lifestyle.

The only constant between the rock and the non-rock bunch is that both groups of people tend to forhet their everyday troubles and enjoy the moment throughout the show. I won’t even attempt to explain what’s the secret element that is responsible for that special bond between Scorpions and Greece. After all, there were a lot of people that found their way up to Lycabettus only to listen to “Still Lovin’ You” and “Wind of Change”. That’s not bad at all, actually. But let me tell you this: if you had taken a closer look to the crowd during the sheer listening of “Born To Touch Your Feelings”, you would have seen that they were absolutely in awe even if this was their first time of listening to this masterpiece. There was also an obvious interest in regards with the five new songs. 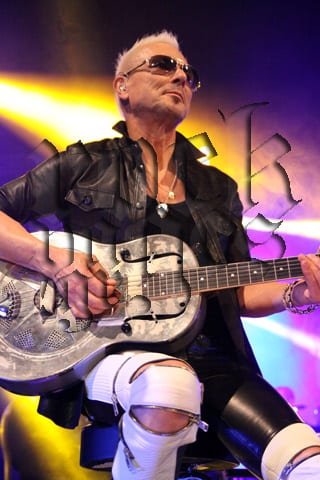 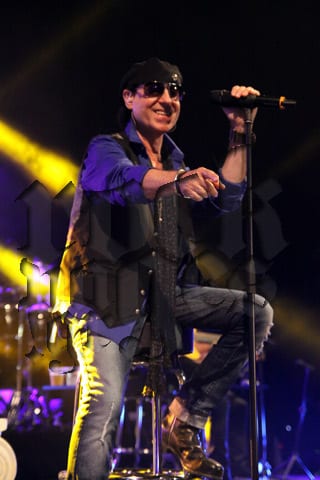 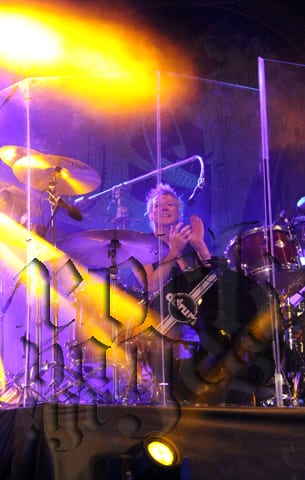 As a closing note, I’d say that Scorpions proved once again that they are still a force to be reckoned with in Greece! And they proved it in the most…acoustically dynamic way! Those who missed those shows…well, they will have to wait for the DVD although there will be something missing…the unique feeling!

Setlist:  Sting In The Tail, Can’t Live Without You, Pictured Life, Speedy’s Coming, Born To Touch Your Feelings, The Best Is Yet To Come, Dancing With The Moonlight, In Trance, When You Came Into My Life, Delicate Dance, Love Is The Answer, Follow Your Heart, Send Me An Angel, Where The River Flows, Passion Rules The Game,  Rock You Like A Hurricane, Heat Between The Eyes, drum solo, Rock n’ Roll Band, Blackout, Still Loving You, Big City Nights, Wind Of Change, No One Like You, When The Smoke Is Going Down. 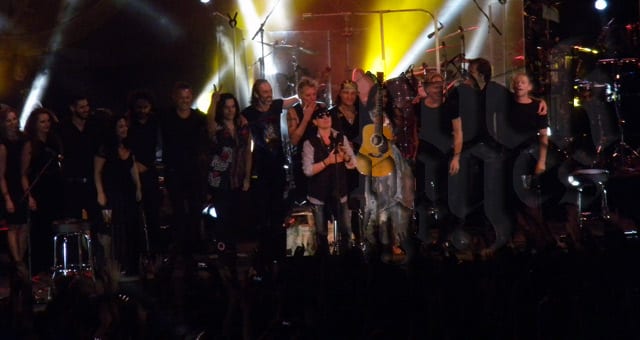