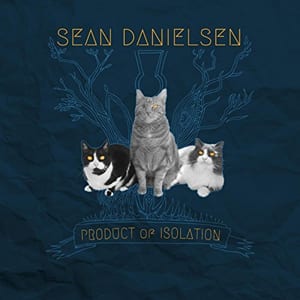 I am not sure what I would do if I were in his shoes, but the release of a personal album, an acoustic one more specifically, alongside with the album release of the main band of a musician, is like entering a (commercial at least) danger zone! The fact, of course, that “Product Of Isolation” by singer and guitarist of Smile Empty Soul is not backed up by some kind of record label, gives  Sean Danielsen’s  some freedom of moves. The album, which is the first for Danielsen, includes 10 new acoustic tracks with a strong aroma of Nirvana and Alice In Chains back from the 90’s. Special attention should be paid to the structure of the songs which are defined by a remarkable depth despite their acoustic genre, while the performing skill of Danielsen pours out a unique feeling throughout “Product Of Isolation”.

We are dealing with a very good release, which may bring back memories to the friends of the 90’s grunge and I would personally suggest they should check it out!