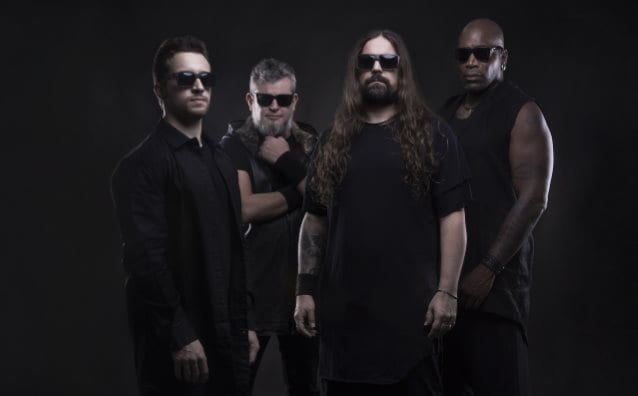 SEPULTURA guitarist Andreas Kisser was interviewed on a recent edition of “The Classic Metal Show”, which is heard live on Saturdays from 9 p.m. to 3 a.m. EST at TheClassicMetalShow.com.
Asked why he still answers questions from journalists about the classic lineup of SEPULTURA even though it’s been twenty years since Max Cavalera left the band, Andreas said: “I try to be polite, I guess. [Laughs] But I don’t mind. It’s part of our story, of our career. It’s a shame that people still have some type of… I don’t now… animosity or whatever. Maybe that’s not the right word. But they don’t respect what happened after Max left. And then ten years later, Igor [Cavalera, drums] left. I mean, we went through phases and stuff, but we are here because of all of that, opportunities that opened. And I respect everything that [happened] with SEPULTURA. We play songs from ‘Bestial Devastation’, from ‘Morbid Visions’; we respect the whole history. We respect the fans. It doesn’t matter what kind of label, what kind of lineup, we play it all, because we are SEPULTURA and we represent everything that happened with this band throughout history. And if people have some doubts and some suggestions or whatever about it, I mean, I don’t agree, of course, with all those comments and whatever, but I respect them all. They might as well speak up what they think, especially nowadays with the Internet and everything; everybody says whatever they want. We are used to that. It’s part of our daily routine, I guess.”
Kisser went on to say that SEPULTURA fans who won’t give the band’s current lineup a chance are “missing out.” He explained: “They’re stopped in time and expecting something that doesn’t exist anymore. Move on. Respect what’s going on today in the present. You don’t have to be a SEPULTURA fan, but don’t try to make this our fault.”