It was three years ago when Shadow Gallery made their first appearance in Greece. Since then those who attended the event talked about how magical it was and a repeat of the show would complete the Shadow Gallery experience. The band after the release of “Digital Ghosts” in 2009 has made lots of steps regarding their live shows. So three years after that epic event, and after their headline show in ProgPower Europe, Shadow Gallery came back to Athens for the repeat everyone was hoping for.

This year the two Greek bands that opened the show were Wastefall and Dark Nova. The first band climbed on stage 15 minutes after 8 o’clock and played seven of their songs including songs from their latest E.P. “Meridiem”. Wastefall are now a 4 member band playing progressive metal and only recently have made their comeback after their split in 2008. The band sounds like anything you would expect from a modern progressive metal band that focuses in the aggression of the music. Unfortunately I was not impressed with the presence of the band on stage. The seemed a bit uptight. The songs had some really nice instrumental moments but when the vocals entered something seemed of. Let’s hope the band will release more records in the future and work on their stage appearance. 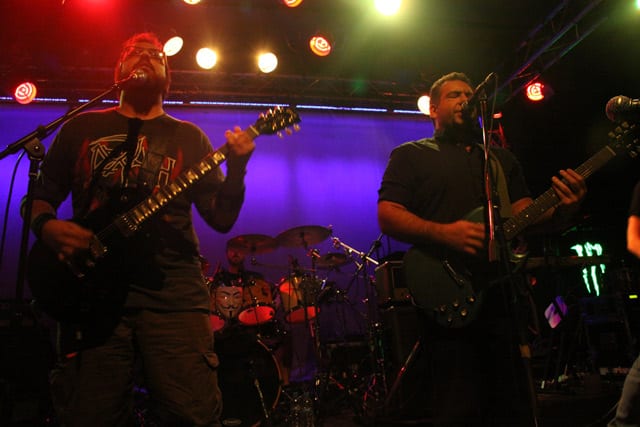 The second band of the night were the power metallers Dark Nova. The band played lots of songs from their 26 year history. The sound was good and they performed their songs with the appropriate energy. They tried to connect with the crowd but the reaction was not what the band expected or hoped but nonetheless they continued with the same energy. Maybe the crowd was so focused and eager to hear Shadow Gallery that the presence of the support groups where purely academic. 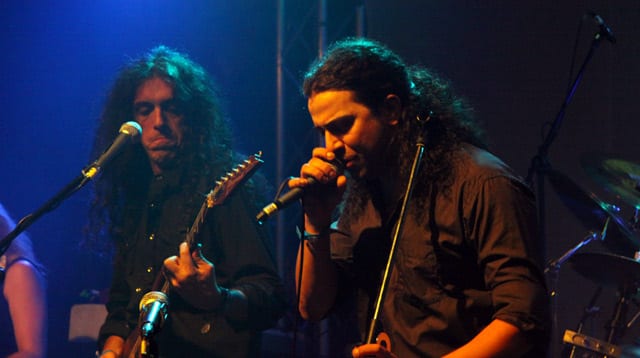 It was 20 minutes after 10 when the lights went out, and the first notes of “Bohemian Rhapsody” where heard from the speakers. They jumped on stage with exceptional energy and with the sound being great they started their set with “Room V”. That night on stage we saw 4(+1) singers, 4 guitarists, 3 keyboard players, 1 bassist, 1 flute player and 1 drummer. And Shadow Gallery is a 6 man band!! So the talent and the abilities of the band are more than obvious.

Brian Ashland stated that Athens is the true home of Shadow Gallery, and said that they heard the orders fans did after their previous concert and in this show the band will play songs they did not play in their previous tour. Shadow Gallery is a band that can transmit more than energy when they are on stage. There was a great flow of emotions from the stage to the crowd that at any given point sung the lyrics with the band. “Don’t Ever Cry Just Remember” and “Alaska” where really nice surprises to the set.

After the crazy drum solo show by Joe Nevolo who played everything but the kitchen sink, the band celebrated the 15thn Anniversary of their great album “Tyranny”. There hymns like “War for Sale” and “Mystery” were heard.  It was during the suite, the band guest DC Cooper jumped on stage with the band to perform “New World Order” and “Christmas Day”. The way mister Cooper sounded and the chemistry he had with the rest of the band is beyond words. The theatricality of his voice and his appearance and the way he communicated with Brian Ashland added to the magic of the night. 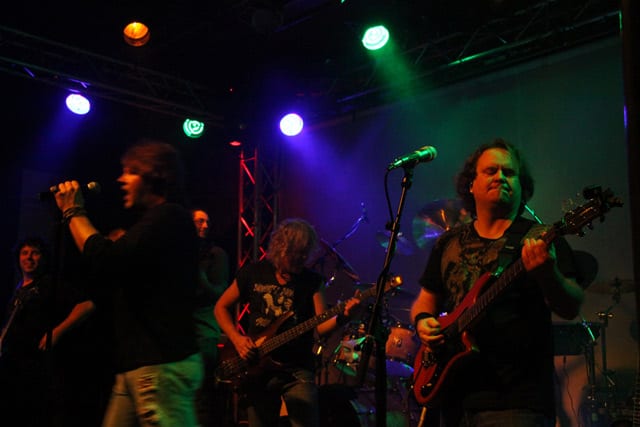 The encore consisted of one song for fun as they said, which was a cover of Iron Maiden’s “2 Minutes to Midnight”. And to close the set Brian Ashland walked around the audience while they performed “Gold Dust” and the last song after a great two hour show was the fan favorite “Crystalline Dream”.

As the band bid the crowd farewell, they thanked them for supporting them for the beginning and that they will be with us till the end. But in truth the 500 people that were inside the Kyttaro club should thank Shadow Gallery for a magnificent and magical night. Shadow Gallery is a band that sets a whole new standard when it comes to live concerts and bonding with a crowd.