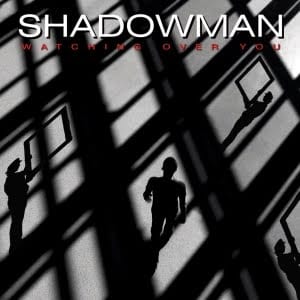 We LUV Steve Overland! Whether he’s singing with the mighty FM, or playing with one of his other bands (The Ladder, Overland or these guys here, Shadowman), he’s simply divine! Amazing voice, superbly superb songs, pure AOR apotheosis, Magnum blossoms and suddenly we discover we are not pathetic lil’ humans, we are – naturally – movie stars, doing blockbusters for a living! Steve is charismatic and the rest of the gents in Shadowman are as well charismatic, thus… Thus you must know about them…
Steve Morris on guitar, Chris Childs on bass, Harry James on the drums and I shall need more than ten paragraphs just to mention their musical involvements and side projects. Wanna know about some of them only? Well, it’s just… Ian Gillan, Michael Bolton, Paul Young, Thunder, Graham Bonnet! I’m talking about hyper-virtuosos here and that’s a fact!
AOR lovers will not only get super-excited, they will also set phones and cells on fire, communicating with eachother and talking all the time about the album. “Did you get it, did you listen to it”? “Ehm, not yet”… “Are you nuts? Go and buy it NOW”! Rather graphic, huh? Yeah, now you totally know what I mean. It’s one of those cases you can’t possibly lose. It’s one of those albums you stick with from second one. It’s not human to listen to a song like “Are you ready” and deny feeling happy with it and completely in love. Every song in the bouquet is a superhit, every song on the album is a cause for celebration!
Overland is currently in the studio (!), preparing the next Overland album… Inspiration explosion? Yeah, rather monstrous I would add. I would also wish… For a live show. I can’t even imagine what would happen during such a concert. Well, to tell you the truth… I’m not only imagining it, I’m also fantasizing about it!