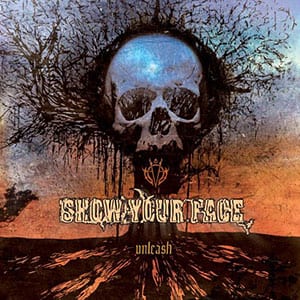 Show Your Face is another promising Hellenic metal band from Karditsa. This band is a superb example of the amazing Hellenic metal scene; a band with a noteworthy brand new full-length album which raise the standards, exceeding our expectations!! “Unleash” is a collection of 13 brilliant compositions with “dazzling” production. The only things that sound Greek are the names of the band-mates. Professionalism is the word that describes best this album; from synthesis to artwork.

From 2007 till now Show Your Face have released a demo “You Can’t Avoid” (2007) and an EP “Lost Faith” (2009) and have had more than 40 live performances in Greece and abroad playing along with Rotting Christ, Septic Flesh, Sodom, Nightrage, Tankard etc. “Unleash” sounds metalcore or thrashcore or deathcore (or name it anyway you feel like) which I strongly suggest you to buy!

As mentioned above, “Unleash” has 13 songs mostly influenced by Swedish metal scene with lots of breakdowns. The groovy atmosphere, progressive trend, excellent technique and fantastic production (mastered by R.D.Liapakis) are some of the “secret” ingredients of a successful debut album which prevails over a number of similar releases from abroad. Show Your Face deserve many congratulations, our support and best wishes to move across borders.