A nostalgic hard rock night at The Crow club by SILVER R.I.S.C and FLYING MERCURY, full of 80s memories, ideal for a few drinks with friends. 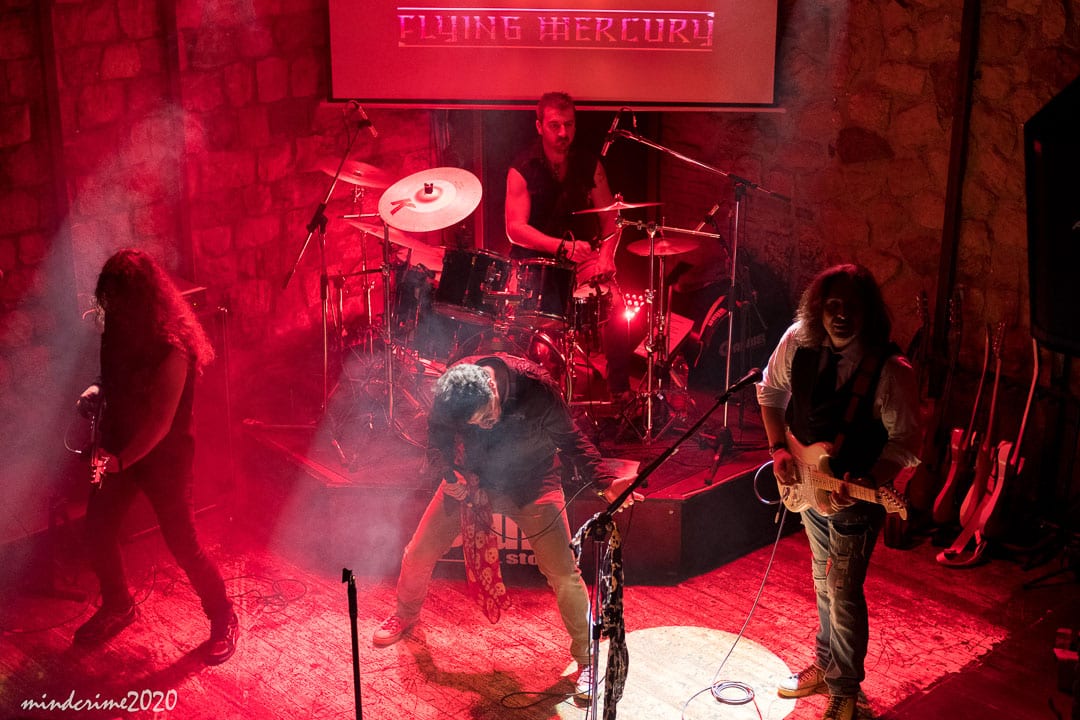 “The wind cries out your name…”

It was freezing cold that Saturday (January 11, 2020) as we waited patiently outside The Crow club until the doors finally opened (21:50). Videos from the 1980s brought back sweet memories as we drunk the first beer but at last -an hour later- FLYING MERCURY came on stage playing a mix of hard rock/AOR along with some modern elements (the way hard rock bands from Scandinavia usually play). The band seemed to enjoy it and the fans were excited and had no problem to forgive some mistakes on the drums. Kalivas was very good on vocals, Spyros Fousekis was on guitar (he had a dual role that night as he also played with SILVER R.I.S.C!) while Georgiou added some interesting keyboard sounds. The band is ready to record a new album (it’s been 5 years since the last one) but they decided to focus on ”Love Is A Mystery” along with two cover songs that didn’t go unnoticed (especially “Love Games” at the end of their show). 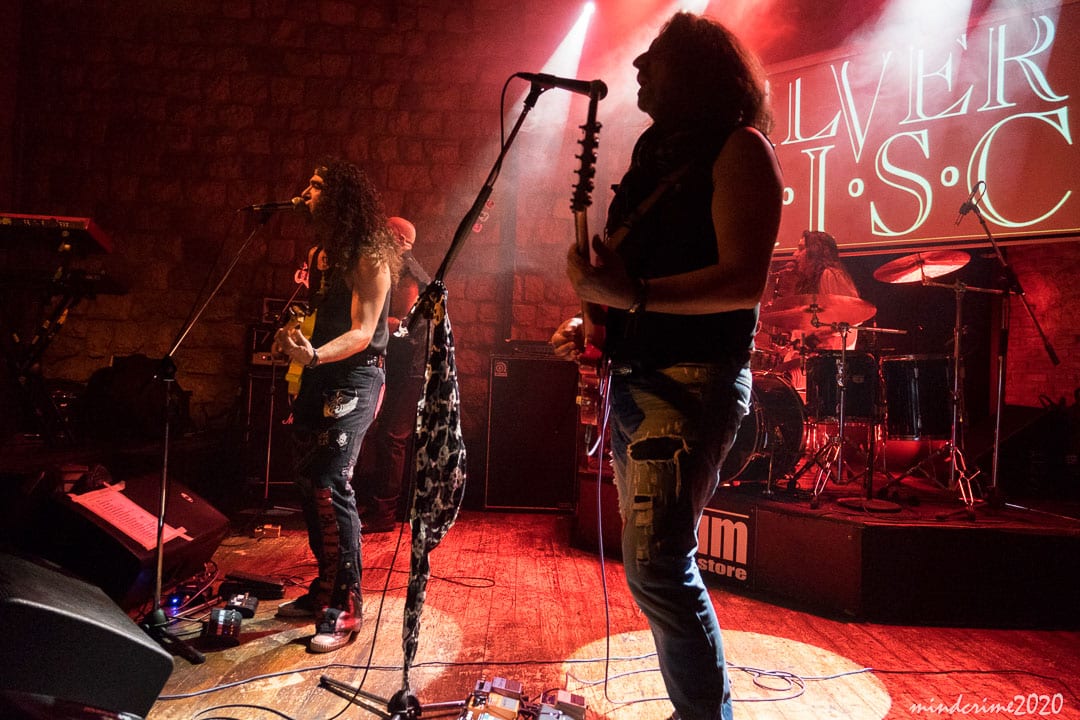 “not trapped under the ice anymore…”

Early 1990s were kind of hard for the greek bands. It was MOLON LAVE Records that gave the opportunity to some bands to release their work (although most greek fans didn’t really support the scene back then). One of those bands were SILVER R.I.S.C that released their album “Anything She Does” in 1993, took positive reviews but they just gone a year later.

So, here we are now, 25 years later (they already played some shows last year) and judging by their performance it seems they never really left. They were very good on stage, good guitars by Fousekis and Gasparatos, steady drumming by Venieris and an amazing Markopoulos on bass (hopefully his bass was high on the mix). But it was no surprise, most of them were playing with many other bands all these years so they have the experience to give something fresh enough 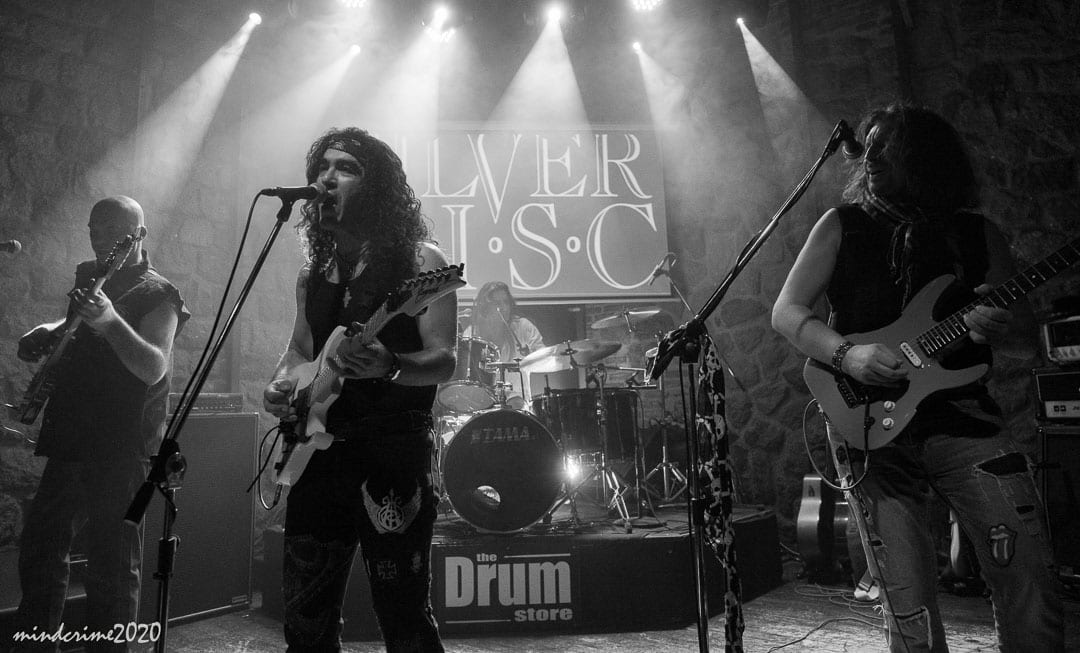 “coming out of nowhere lips that smile…”

Unfortunately the 30 minute long gap between FLYING MERCURY and SILVER R.I.S.C led many fans to leave the club so many lost a great hard rock performance that was full of passion that was enough for me to order a beer again. Their setlist was more than satisfying(20 songs), divided between their historic album and some new (yet unreleased) tracks that merged nicely. Their melodic hard rock is not boring as they manage to add different elements here and there (a nwobhm riff, some blues/funk etc). We are now waiting for the new album.

Setlist: Anna / shadows of the night / your touch / mystery girl / wasted tears / trapped under the ice / nothing for me / somebody tell me why / lady of my heart / the scream / anything she does / I wanna know / twin loving / now you’r gone / I’ve been down too long / the smiles to the rainbow / didn’t have the chance / evil waves / betrayed by a kiss / away from home 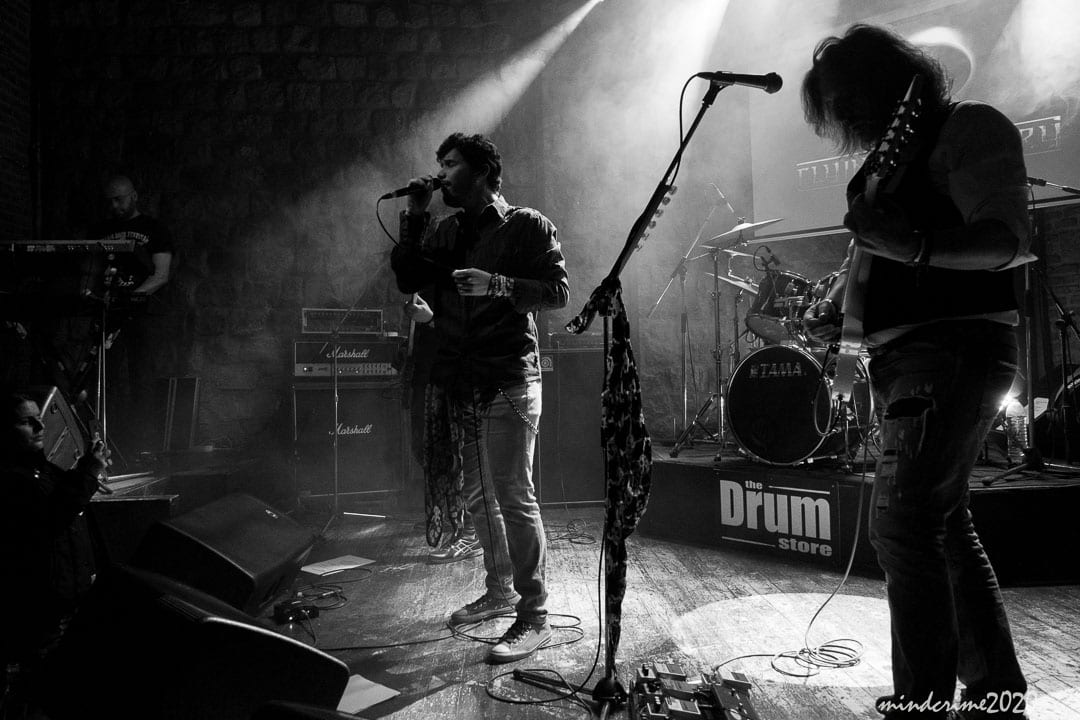 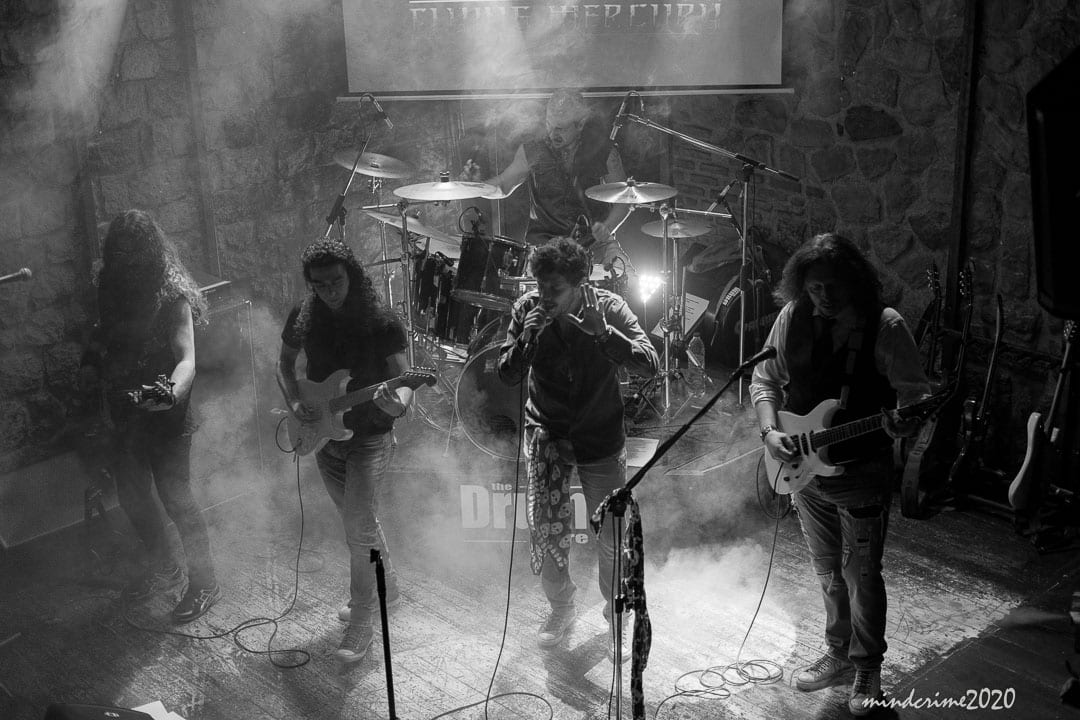