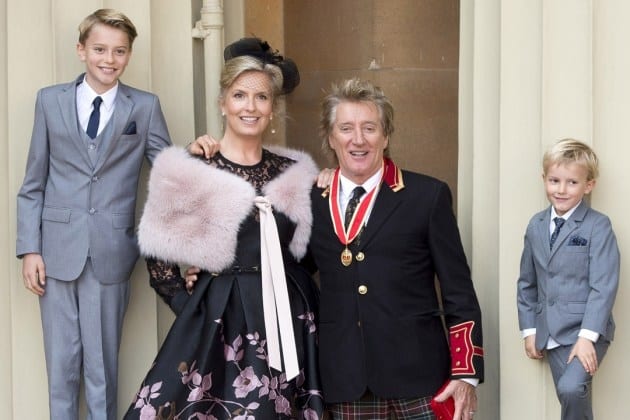 Four months after the announcement was made, Rod Stewart has been made a knight. The ceremony took place this morning (Oct. 11) at Buckingham Palace.
According to Billboard, Prince William, the Duke of Cambridge, performed the honors. Stewart, in recognition of his Scottish roots, wore tartan pants and a jacket with red-and-gold trim. Stewart was knighted not just for his music but also his history of efforts on behalf of charity.
He will now be known as Sir Roderick David Stewart, while his wife is now Lady Penny Lancaster. The couple attended the event with their two sons, Alastair and Aiden.