I must admit that SiXforNinE didn’t make an impact on me neither in their first album nor in a performance of them in New Long Festival. Probably I never listened to it very well, as now I have a different opinion. Also, the second time I saw them last summer in Release Athens, they seemed like a different band. On top of that, their second album “Parallel Universe” was very good and the release party was the first concert of 2020, so it seemed like a great opportunity to leave my home and go towards Gagarin. 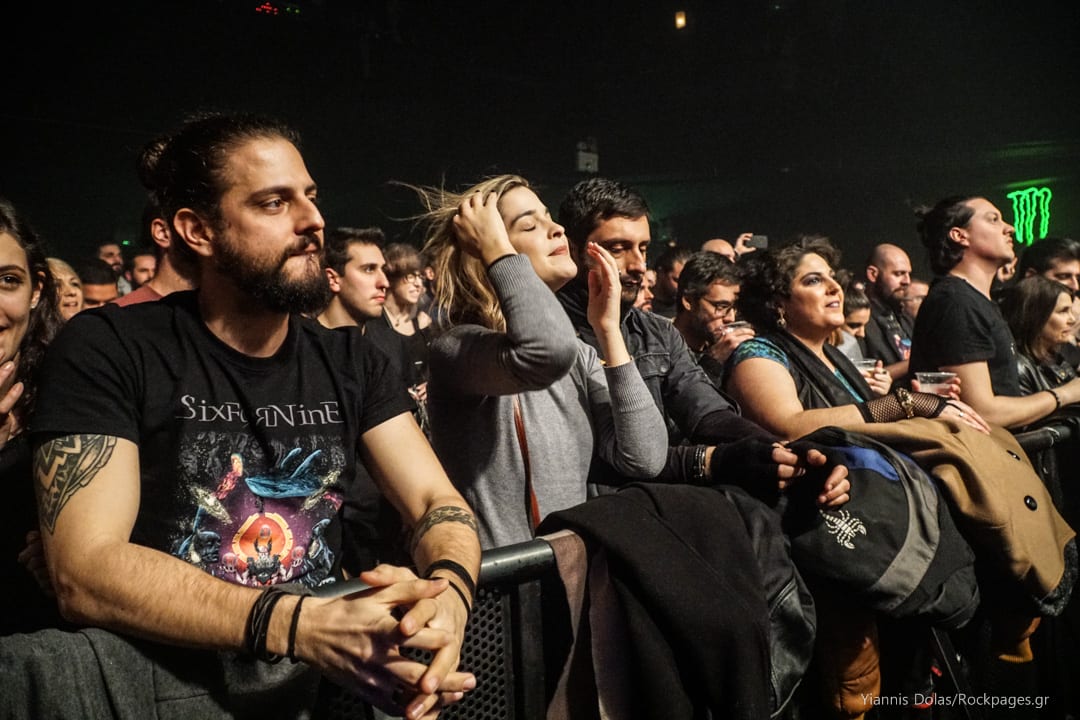 First on stage was Eien, a band that for some strange reason I have never heard before, even if they exist since 2008! They already have released three full-length albums and one EP and this occasion was perfect for them, as they celebrated also the release of their third album that came out in November 2019. The setlist was also focused around it, as all the songs except one were from there. It was a good performance and I would characterize their music as alternative/groove metal with many influences from the American scene and devastating drumming. I can say that they got the attention of the audience, even if there wasn’t many on the venue at this time. In the last two songs, Chrysa T. joined them on vocals as she sang in three songs in their latest album. After that, I think that I will check out their releases.

Setlist: Siege (Intro), Lost In The Silence, Thought Criminal, Down This Road, Asleep, The Sickening, Where I Belong?, Seize The Day 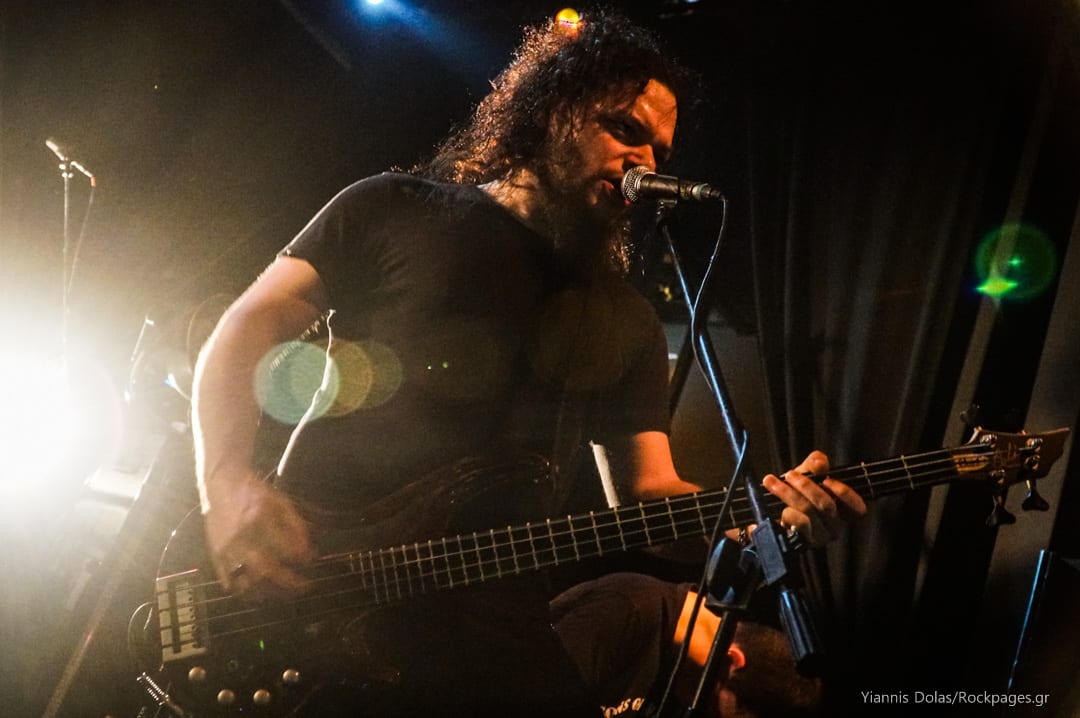 Mask Of Prospero came next, a personally favorite band, as their debut album “The Observatory” entered the list of the best albums I’ve heard in 2018. They had a new member on bass guitar and their performance was pretty good. Unfortunately, some technical issues that occurred more than once, I think affected them and it seemed that they felt very uncomfortable at times. It’s not their fault, stuff like that can happen to anybody. Every other time I’ve seen them were much better, so I know their capabilities. Nevertheless, they played flawlessly their material, a combination of prog, djent and metalcore elements. They presented also a new track from their upcoming second album, Eleni Nota was a beast behind the drum kit and Christ Kontoulis was once more the highlight with his great range of different vocal styles.

Setlist: The Observatory, Frozen In Time, The Portrait, The Way Back Home, Ignorance, This Road Leads To Desolation, Lament, Drown In Grey, In Exile

During the half-hour wait for SiXforNinE to enter the stage, more and more people came in the venue. They put up a lot of work for this show and this was clear from the second drum kit (more on that later), the extra lights they brought with them and the special intro. Three different snare drums were in front of the stage and Fotis (vocals), Herc (bass) and George (guitar) played in synchronicity with Pete (drums) joining in. A different introduction before the dynamic start with “Every Cloud Has A Silver Lining”. The sound was very good from the start, as in the other two bands, the guys on stage were in a great mood, had lots of energy, so everything showed that we’ll have a very nice night. 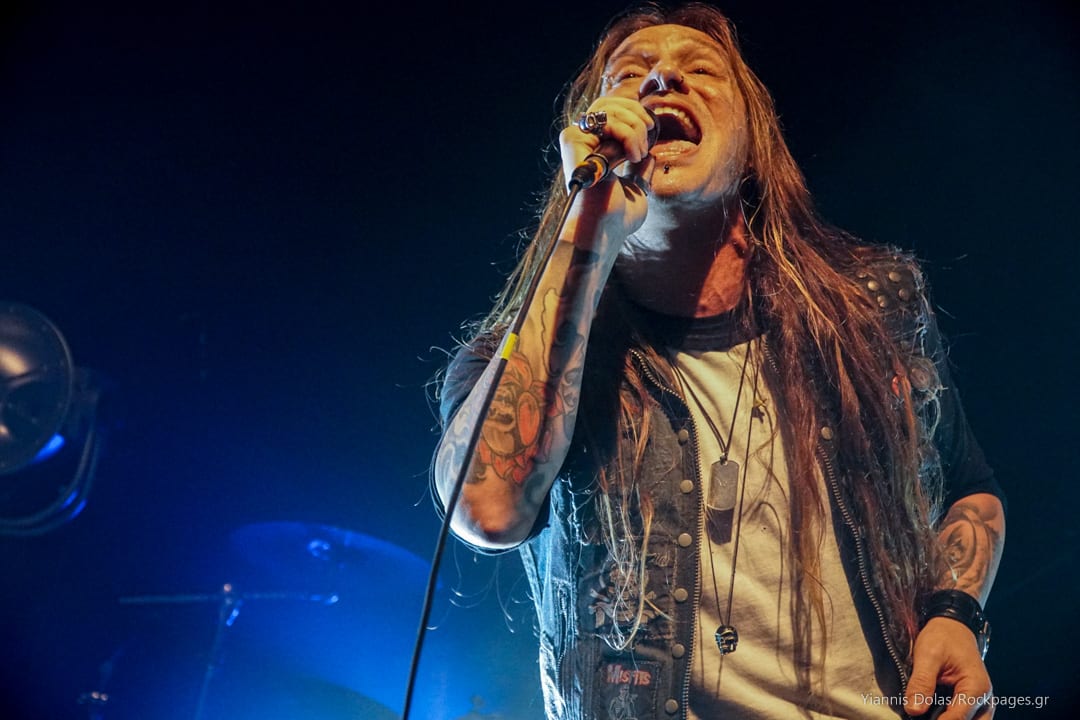 And this is what happened, as the material of “Parallel Universe” is very good also when played live. The ones that stood out in my opinion were my favorite “More Than Words Can Say”, the addictive hits “Bullet Of It’s Course” and “Save Me” which are also the band’s video-clips and an amazing performance of “Counting Stars (A Parallel Universe)”. A song that lasts almost ten minutes and two more singers came to join them for backing vocals. Also, the moment when Fotis sat on the second drum kit for a very nice jam with Pete, that was by far the best from every boring drum solo I’ve ever seen in my life.

Setlist: Every Cloud Has A Silver Lining, Life Devouring Demons, More Than Words Can Say, Out Of The Blue, All My Heroes Dead, Bullet Of It’s Course, Out Of Line, Never Ending Road, Save Me, Sound Of Perfection, Counting Stars (A Parallel Universe), Sea Of Lies

One and half an hour after that, the night came to its end and I don’t think that someone left the venue without a smile. We say many times that there is a performance in the history of a band that automatically puts them on a higher level and it’s a reference point for their course after that, even if we are talking about domestic shows. Something like that was this show for SiXforNinE. A great start for 2020. 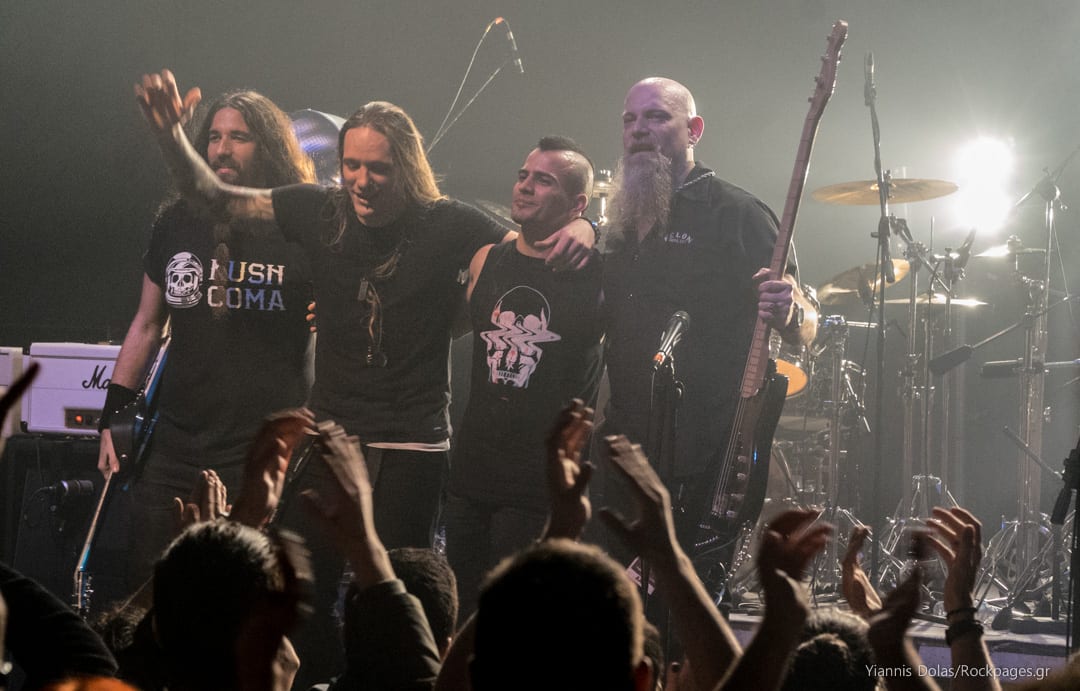