This was Skid Row’s second live show in Athens and it took place on Monday 15/07/19 at Kyttaro. For the first time in years, I felt that there was not a single thing that made me feel discomfort, even though it was so hot that I was sweating even before the show began. It is a fact that your mood plays a vital role in enjoying a live show, especially with 750 screaming fans headbanging and pushing each other against you all night long. 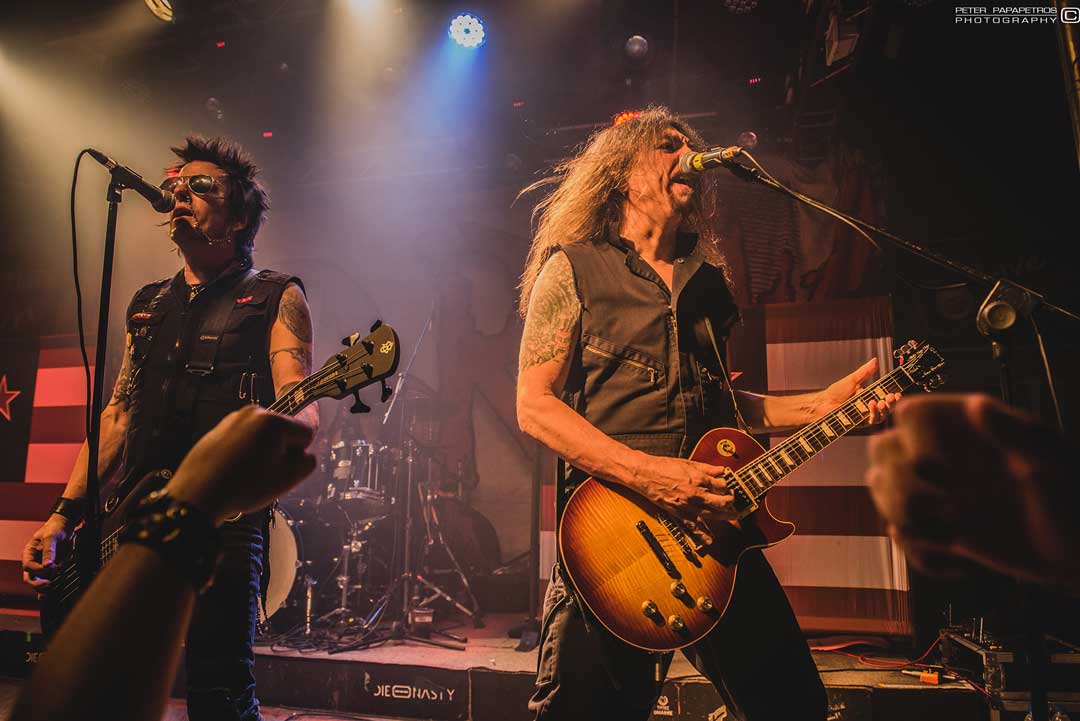 The heat didn’t bother me, the pushing didn’t bother me, the absence of Sebastian Bach also didn’t bother me and I wasn’t bothered either when Mr. Bolan started having a good time only when he played and sang a Ramones’ song. What makes a band great is not only selling out a stadium, but mostly what feeling you leave your fans right after the show. If there was a  “after live effect” meter this show would have scored 10 out of 10 easily.

I was excited to go to to go the show, but my expectations were low. Every Skid Row fan wanted to see Sebastian Bach on stage with the band, but some things must have a good timing, or not happen at all. This void inside me from Bach’s absence will not be filled even if Bach returns to the band. Unfortunately, we will never experience again the great live shows from the 90s. Bach is not how he used to be and how you would love to see him perform. I was lucky enough to be in Hair Metal Heaven in 2017 and I can assure you that Bach cannot deliver as he used to and his attitude towards the fans is still problematic to say the least.

A small example of this situation is reading the lyrics of the songs we was performing from a piece of paper. When I uploaded a video with him performing in Hull, Wasp’s guitarist Doug Blair commented “you had one job” and that sums it up for me. Therefore, I’m not sad from the fact that he did not perform last night for his Greek fans. What makes me sad is the fact that I was not even born when he was performing with Skid Row live after they had released their debut album. 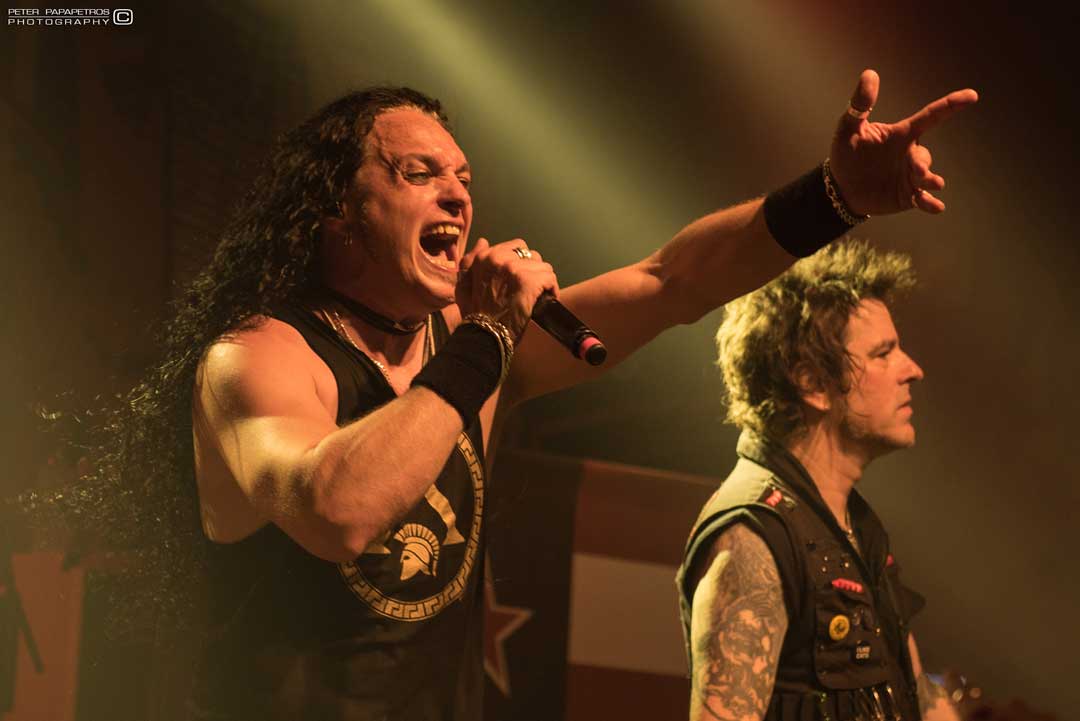 The truth is I did not expect so many people for this show, especially after a 12 year absence from the Athenian ground. The venue was sold out and was probably even over its capacity, since we could not fit through the door.

The show started right on time, which was announced only a couple of hours prior to the show, on its facebook event. That led the fans into thinking that the band would go on stage earlier than it did, since the event indicated 23.00 as the end of the show. The time schedule should have been announced at least one week before the gig, nevertheless nothing can take away last night’s thrill.

Mr. Bolan was more loosened up than expected, but he was transformed when he sang “Psycho Therapy” (Ramones) and he revealed his more punk side. The setlist fulfilled our expectations by 80%, since two of my favorites were missing, “Wasted Time” and “Quicksand Jesus”.

Zp Theart filled Bach’s shoes better than anyone would have expected. His voice could reach high notes that Bach can’t right now and his whole stage presence was flawless. His moves, his style and his connection with the fans were great and make him a complete frontman and a worthy replacement of the greatest singer in hard rock & metal world. 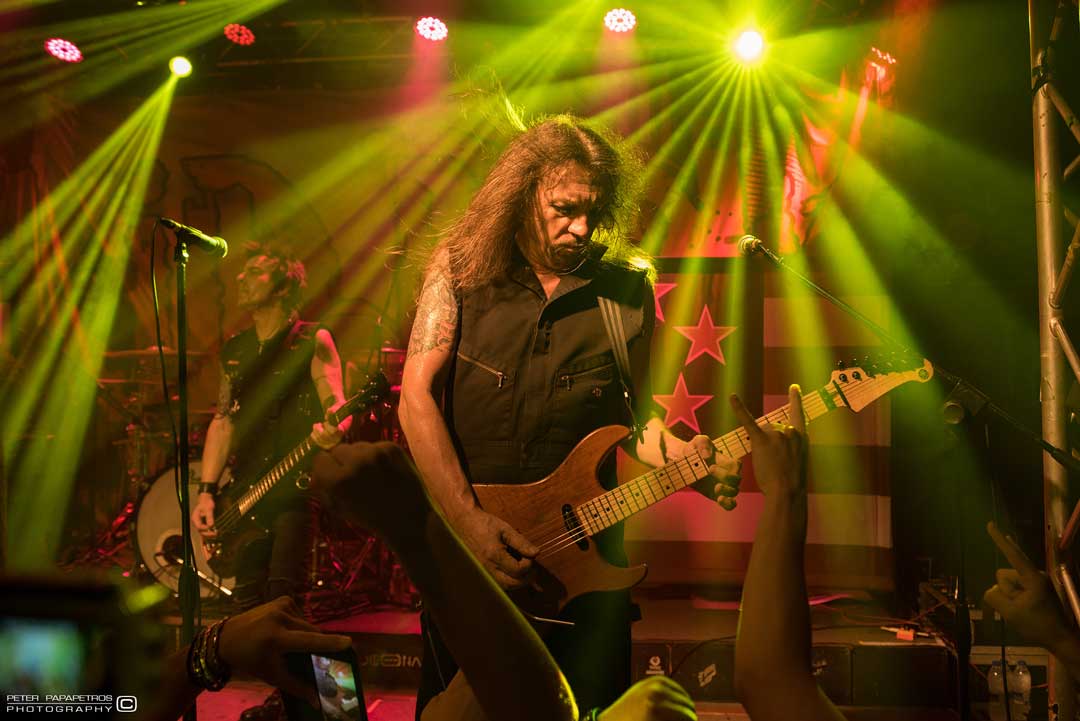 Mr. Snake thanked us for supporting their music saying that thanks to us they are still able to make a living solely from their music. This is indeed the greatest gift a fan can give to a musician.

The crowd never stopped headbanging and Skid Row gave us an unforgettable Monday night, which makes me believe that we will relive soon.

As for those who were able to get to the front rows and stay there, we are definitely still the youth that went wild. So many memories from this show popped up in my head in these 1,5 hours and I was seventeen all over again.

P.S. My beloved Skid Row, if you are reading this, could you please also respond to the interview I sent you via Rockpages.gr two months ago? Thanks in advance  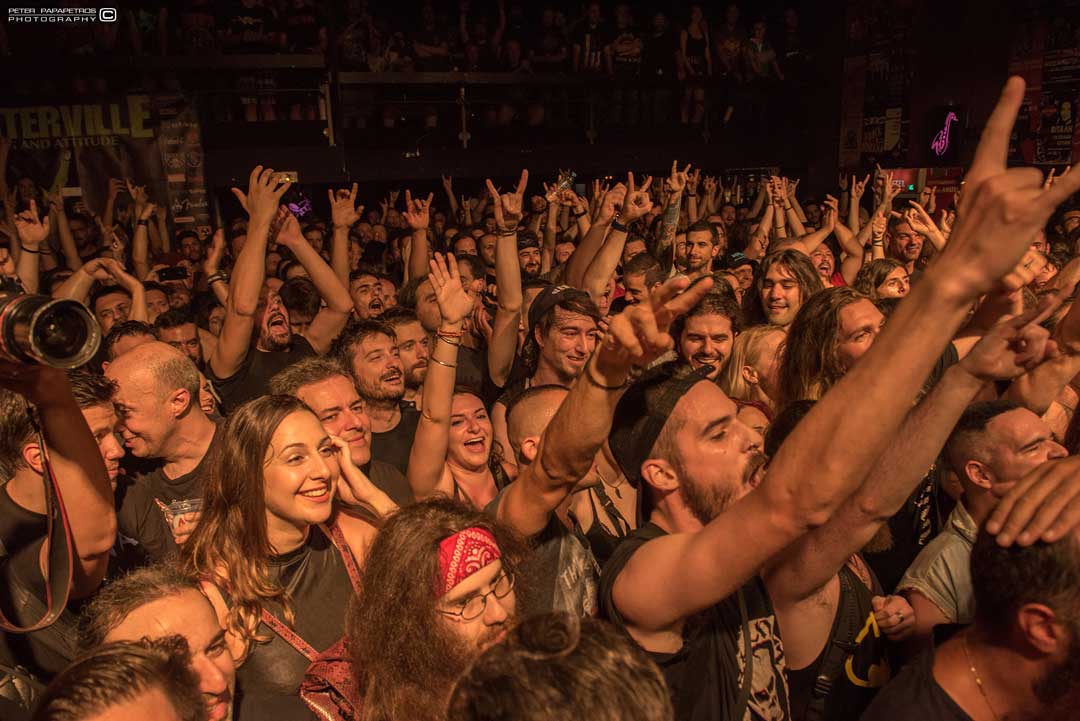