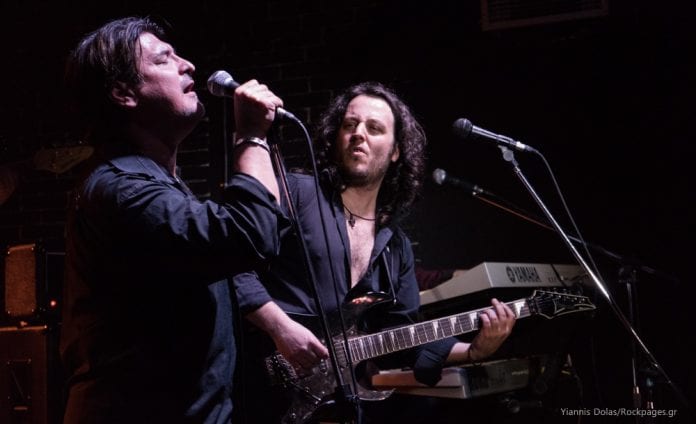 First day of the festival and unfortunately the review that follows doesn’t cover all the bands that played, but just half of them. Unfortunately, we couldn’t be at the venue earlier so that we can watch the entire bill, so we would like to apologize to the promoter and the bands, Ganzi Gun and Heart Attack, that we missed.

Entering MODU Sleazy Lizards are on stage in a familiar situation. Their classic cool style coming straight from the States going hand in hand with their acoustic songs. The three Lizards are on stage having a great time and a big chunk of the audience are their followers obviously, since they are singing note for note. At this point we should mention one more time that the band is doing a great job in the promotion department handing flyers at each gig and getting personal with the fans, something that’s much more effective than just Facebook. Their performance highlights were “Bahama Mama” and “So Far Out”. 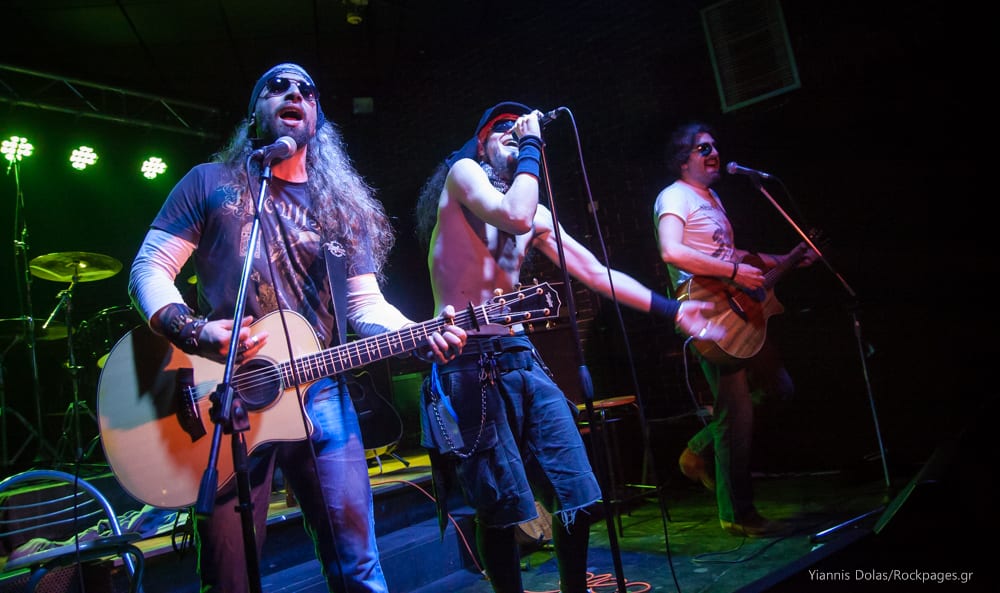 The first day’s headliners were Wild Rose from Thessaloniki that the people was eager to watch. The band got on stage and for the next ninety minutes took us on a trip to a time when hard rock and AOR were kings. In general, what they do is worth praising since they have shaped their style and songs in a way that definitely goes beyond the Greek geographical and musical boundaries. A big part in this plays their singer George Bitzios with his voice and performance, as well as Andy Rock who writes the songs, plays guitar, produces and even mixes. Note that the band’s lineup had two subs with George Matikas replacing John Bitzios on guitar and Vaggelis “Junior” Domanos standing in for Dimos Thomaidis on drums. 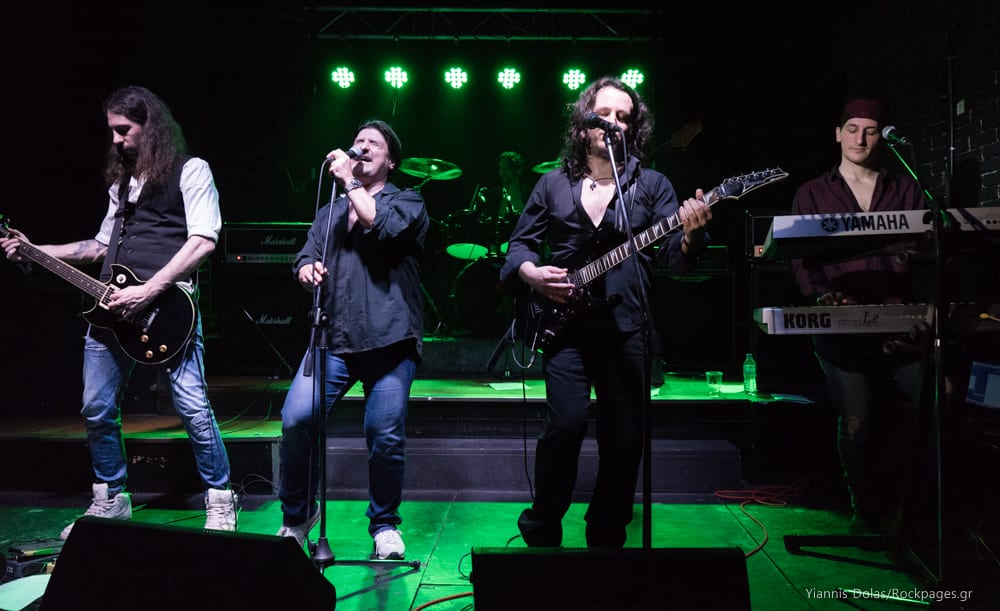 Their set was something like a “greatest hits” with songs from all four studio albums from which “Too Late”, “Dream On”, “Love Can Change You” and “Fire In The Night” stood out with Andy informing the audience that “Half Past Midnight” will be released again (yeah!). The show’s absolute best moment though was “Through The Night”, at the end of the set, where everyone in the crowd was singing and cheering. Wild Rose had a tough time leaving the club as an encore was demanded from the thirsty audience that in the end got two songs from the band before saying good night! 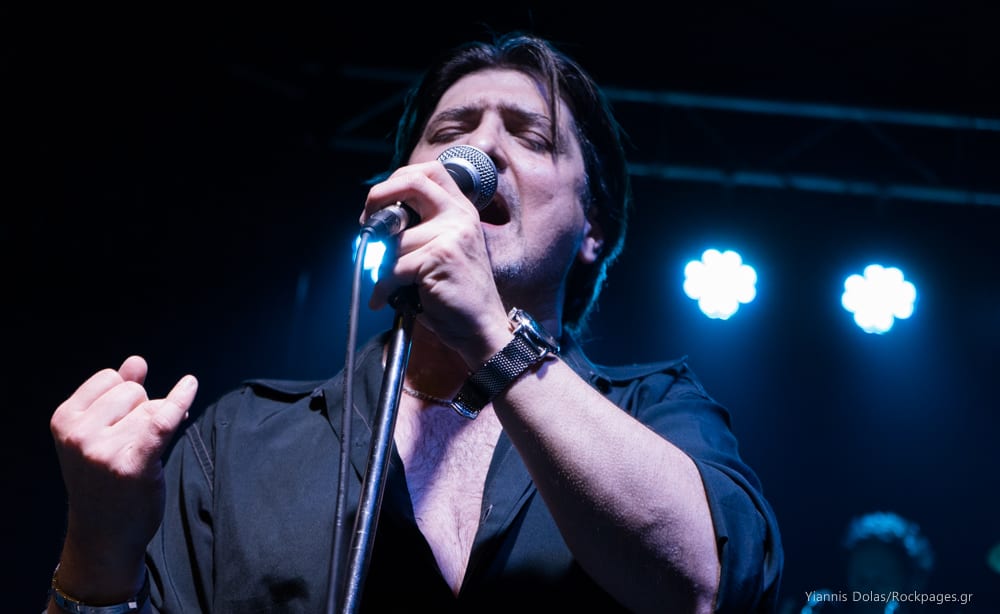 I would have expected more people attending the show judging on the quality of the bands that were playing on the first day and that the local hard rock/sleaze community would have shown more support. Let’s see what the second day has to offer… 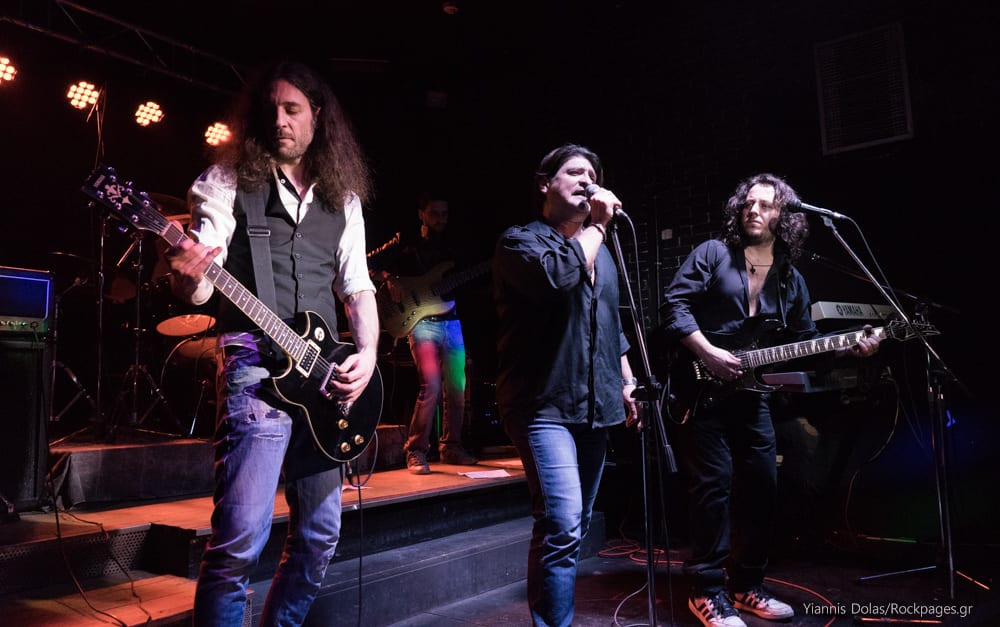