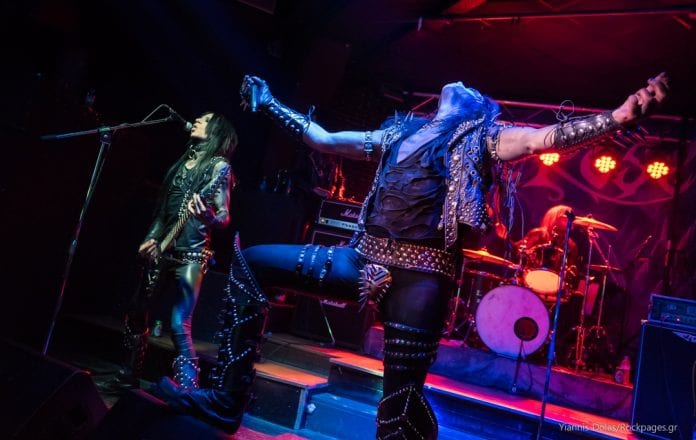 This was the second day for Sleaze’n’Roll Festival featuring three international bands that have never played in Greece before and a brand new local one.

The truth is that Heavenblack was a bit off the sleaze content of the festival since they play traditional heavy metal influenced by Maiden, Ozzy and Priest. Their guitarist was impressive posing and following Zakk Wylde’s style. Also, their songs sounded cool and as they informed us their debut album is getting ready for release soon. Right on! 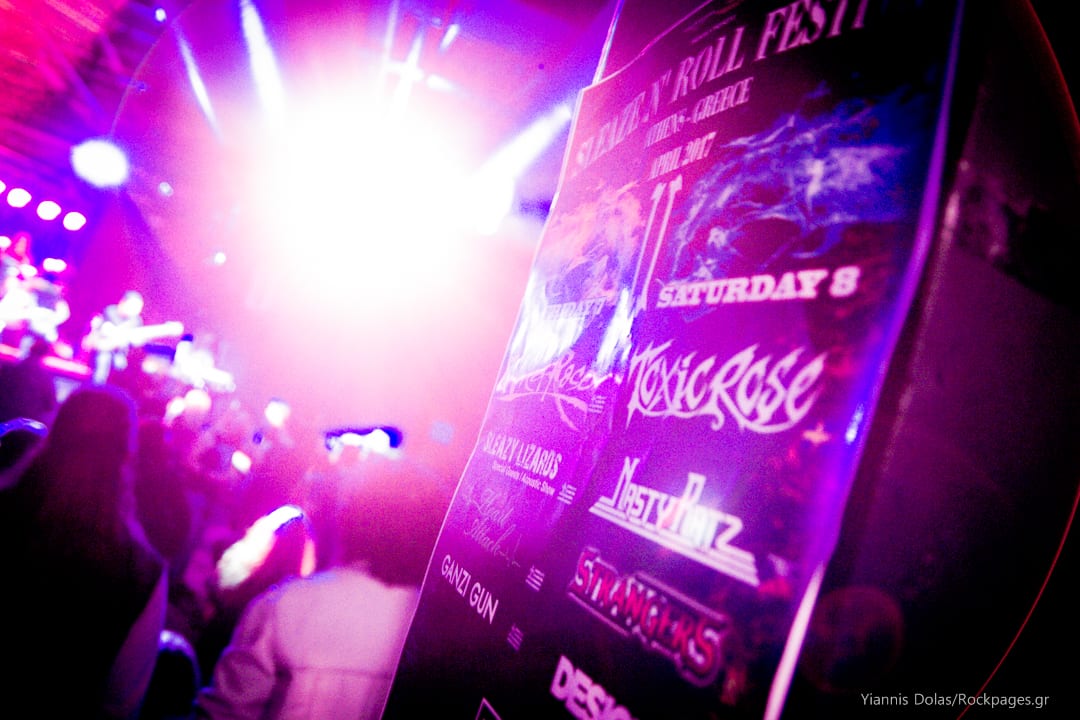 Up next were Strangers from Madrid, Spain, the only band of the day with keyboards that actually play a significant role in their sound. Their style is pretty close to AOR and hard rock bands like Survivor and FM and their songs could have easily come from ‘80s movies, since they have that magical ingredient that when you listen to them you can draw images with your mind. I haven’t heard of them before, but after watching them I will follow them. That’s very important for a band you didn’t know and impress you when you watch them live, I think it’s the best gain for playing in a country for the first time. 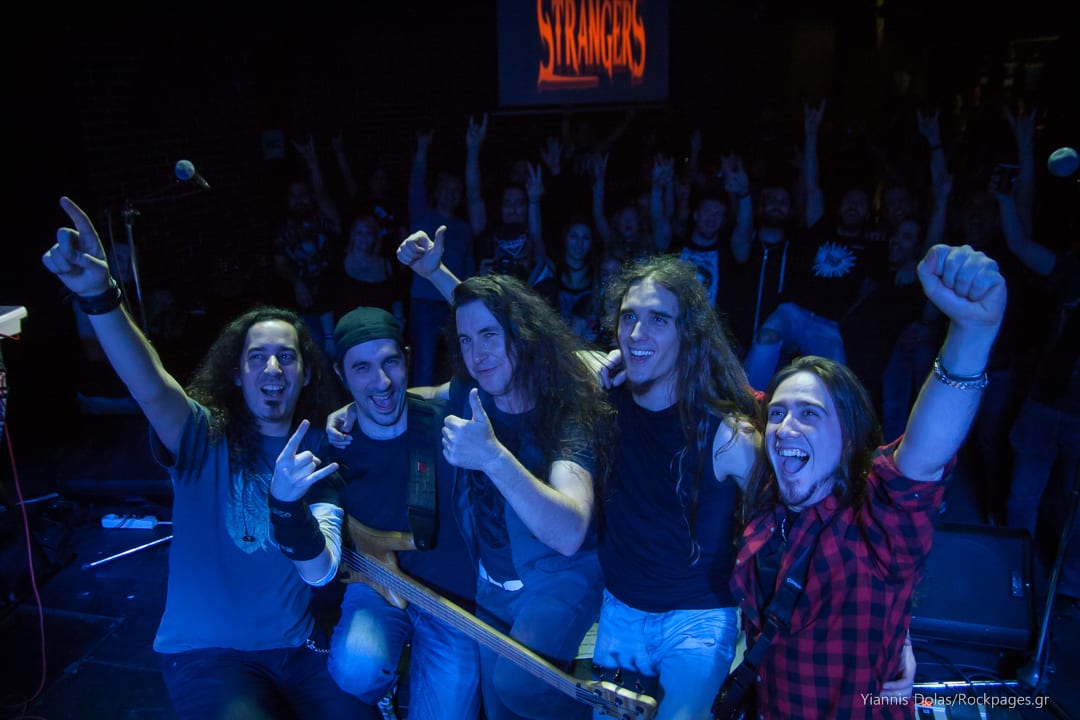 Chech’s Nasty Ratz followed and watching them you’d think that they could easily be the festival’s ambassadors fitting right in the word “sleaze”. Before they even went on stage they draw the people’s attention with their uniform-like dress code of leather jackets with their names and band logo printed on. They looked liked a gang, but also like a basketball team because they were so tall. On stage they immediately showed their teeth with songs that cut to the chase with strong choruses. Their singer, Jake Widow, was impressive and some point after inviting the crowd to get closer to the stage with no success he got off stage and dragged them! Surely, what stood out from their performance were: “Price Of Love”, “Made Of Steel” and “N.A.S.T.Y.”. After finishing their set the audience was screaming for more leaving them no choice but to satisfy this flattering demand! 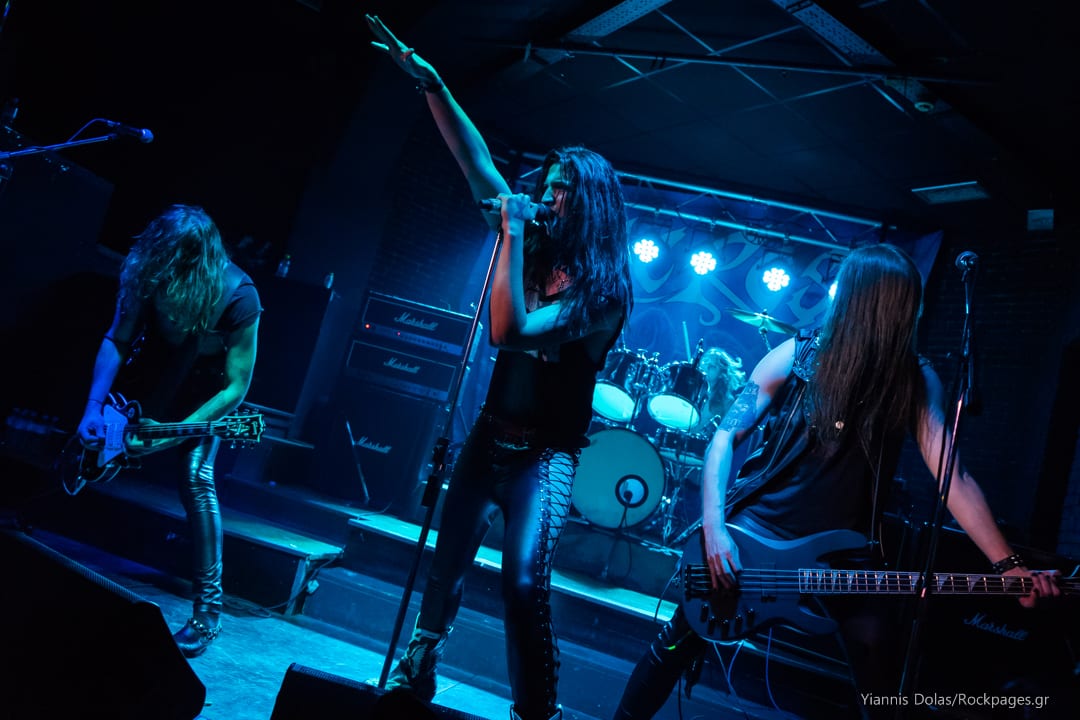 After Nasty Ratz waved goodbye for the last time it was time for the festival’s headliners Toxicrose who were wandering around the club scaring people with their costumes and makeup that made them look like a death/black metal band and certainly not hard rock! Their stage presence and performance was totally professional and it showed that they had rehearsed their poses, positions and moves creating a very impressive result. They kept provoking the audience to come forward and get close to the stage, because honestly the people in the club was too loosened up for the Greek standards and a show like this. Toxicrose were dominating and awesome, worthy of the headlining spot in any bill. They had more time in their hands and took advantage of it to give us the tour to their gloomy yet melodic world. 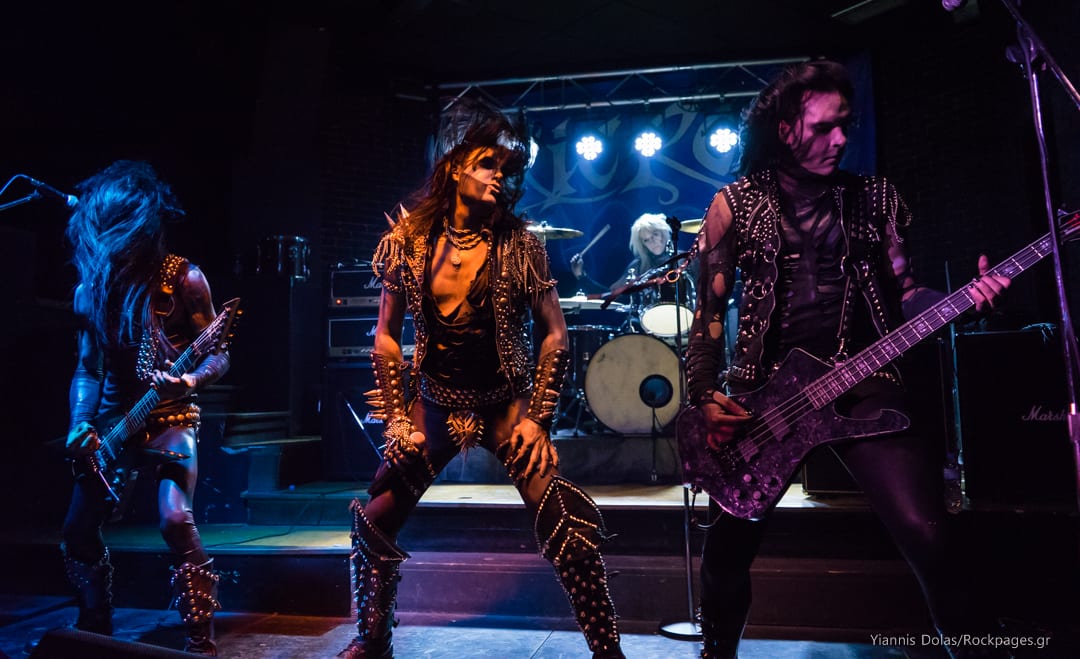 I really wish that the attendance was bigger for a festival like this where people put a lot of effort to organize and with such great bands Greek and international it its two days.