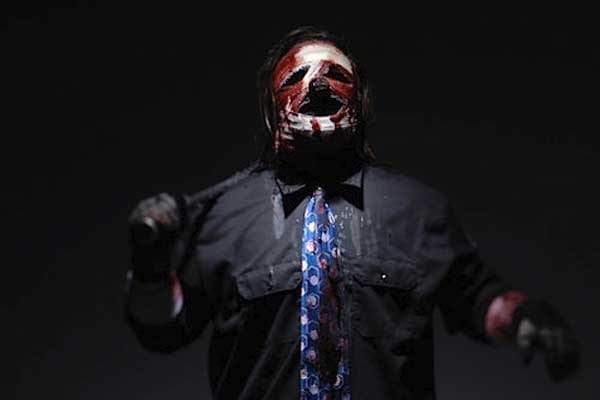 Slipknot’s clown, Shawn Crahan, revealed on a BBC interview that his dream is  for the band to make a

big concept album. Following the path of the Beatles (!), and Pink Floyd (!) Crahan said that he’s spoken about that to guitarist Jim Root and told him that it’s their time to make their “Sgt. Peppers”, or “Wall”! “I’d love it if we could do a double album with interludes. Have a concept, maybe make a movie. Things that have all been done before, but our way, our interpretation. That would be a grand slam for the Clown. Don’t get me wrong, we’d still do our thing. We’re still gonna be Slipknot”, he added. As far as the timing is concerned, given that “5: The Gray Chpater” was released recently, and Corey Taylor’s statement that the band will go on a two-year hiatus after 2015 Crahan commented: “We’re talking, but no one’s throwing out any timelines. Because we’ve got quite a bunch of touring left. But it’s gonna happen sooner than later. It’s just very exciting to see everybody excited.”