Some musicians of the underground music field should be considered heroes. They have to play in miserable venues (did I say venues?), where the word ”sinks” isn’ t enough to describe them!

The representatives of the media should also be considered heroes as we have to stay there until the morning and cover “concerts” of this kind.

The particular concert was scheduled for 21.30. Arriving at the “club” at 22.00 we were informed that the sound check of Slow Motion, the headliners of the show, had just started! The venue had no monitors and the drum kit was placed in something like a cage on the left of the “stage”!!!

The show began with Nick Frontman and his band with some of his own songs and also several covers, with “My Way” of Frank Sinatra being the most important of all. On the bass, only for this show was Terry Mavrides, well-known from NOK AOYT and almost a “regular” in the band of Michalis Rakintzis. Despite the terrible sound, the performance of the musicians was decent enough. 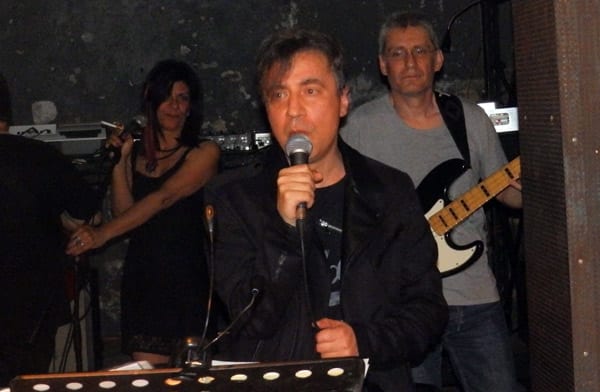 Planet 314 were up next, a band with obvious influences from Depeche Mode and a somewhat better sound, satisfied the less than thirty people in the audience for a little more than half an hour. 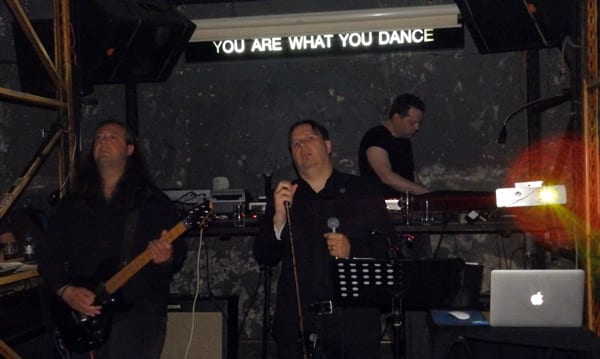 We will talk with more details for Slow Motion in some upcoming articles. It is a classic gothic / dark wave band which was formed in 1986 and it’s really a hidden gem. They started their show at 01.45 ‘and for 45 minutes they were struggling with the incredibly bad sound to perform music from the future. They played songs from all of their projects and they left excellent impressions in a really unfortunate situation that they didn’t deserve. 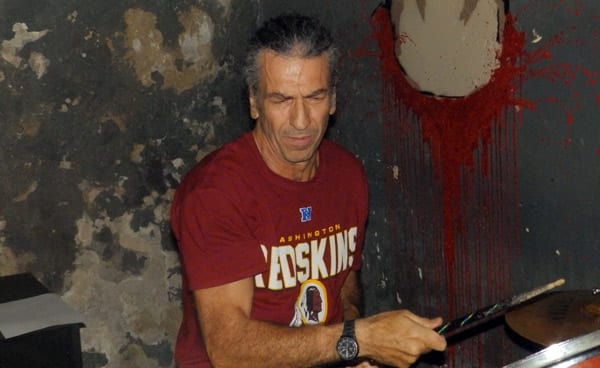 Finally, we have to note that the evening was dedicated to Angelos Kakouratos from Scoria and main responsible for the existence of Slow Motion who recently passed away.

Let’s keep only this, as the music part and the coordination of the show … can’ t stand any criticism. 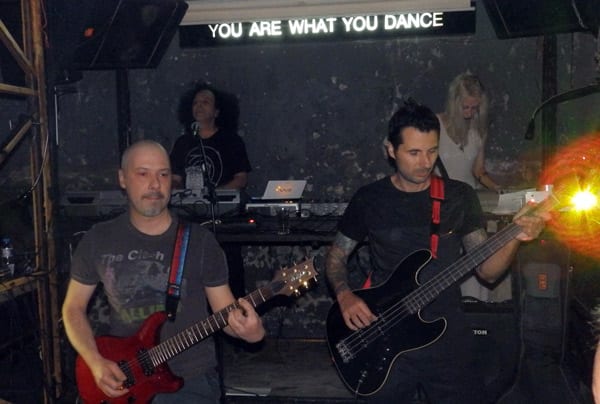