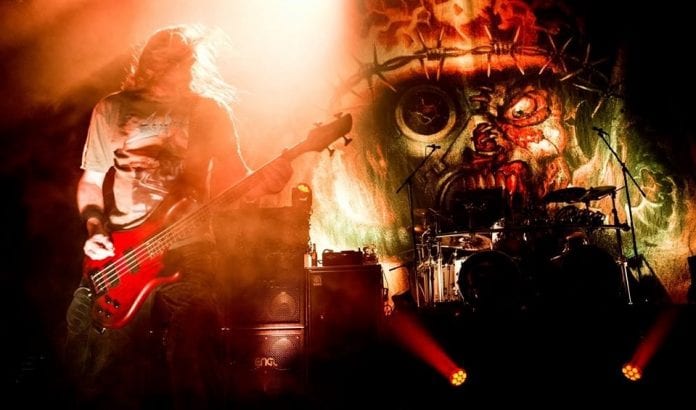 Not long ago, the editors of Rockpages.gr got together to talk about their favorite music. While discussing, Mariza “Crash” was wondering why a band so big and iconic like Sodom play in a small venue like An Club. Good question, but in fact the legendary underground club showed us once more its hospitality. After all, it’s something like the home base of the Germans every time they visit Greece.

Due to a big line in the entrance, I entered the club some minutes before 20:30 and with regret I found out that Amken’s set was about to end. But the two songs that I listened to, gave me very good impression. They sound a lot better live in comparison to the studio versions. Quite logical, if you consider that in the past five years of performing they have played about fifty gigs inside and outside of Greece. I Hope that their debut album “Theater Of The Absurd” will be released soon.

Next in line were the death/thrashers Rapture. I was waiting to listen live to the songs of their very good debut album “Crimes Against Humanity” and they did a good job, despite the bad sound. Of course, I have to mention that the young audience in front of the stage was very energetic towards all the local acts. They wore their t-shirts, they were shouting their names and showed their support with constant headbanging, moshing, stagediving and crowdsurfing. Good friendly violent fun, as Exodus say. Very nice guys, the scene needs that. Rapture ended their set by covering “Sex And Violence” of Carnivore.

After some minutes, my favorite Greek thrash metal band came on stage and tried to destroy it. Bio-Cancer started their set with “Ear Piercing Thrash”, a song that described perfectly their sound. Ultrasonic music from a band that played as fast as it could without lowering the tempo. Respect to their vocalist Lefteris who was screaming his guts out during the set. While they have songs like “Bulletproof”, “Tormenting The Innocent”, “Spread The Cancer” and “Obligated To Incest” they have nothing to fear. Keep thrashing guys.

Minutes after 23:00, the venue was already full when the Lords Of Depravity took the stage. Dynamic start with “In Retribution” and “In War And Pieces”, but the audience was kinda numb. In “Sodomy And Lust” that came up next, the situation almost got out of control. The cover of “Surfin’ Bird” meant only one thing…“The Saw Is The Law” and everyone was screaming. The audience was worshipping the band who seemed to enjoy every moment of it. Makka on drums literally couldn’t stop smiling during the set, Bernemman on guitar was also in great mood while uncle Tom kept telling us how he loves to perform here and was giving away beer and water to the audience. The setlist had new and old song, the crowd was screaming all the time (mostly to the old ones) and the moshing kept going and going. A terrific show from the beginning until the end. It’s after all a band that will never let you down. After almost two hours of music, it was time for Sodom to say goodnight. This is an example to follow many bands of their generation (and newest ones) who think that they are rock stars and perform for 70-80 minutes. If you consider yourself a fan of thrash metal, this is one of the five bands you absolutely must see live. 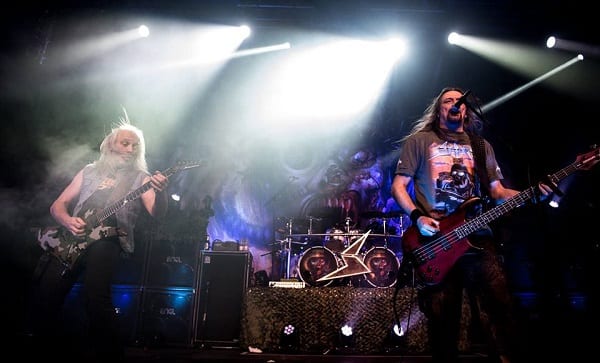