Thursday is a tough one for live shows, but when it comes to Soen and their first visit in Greece, something like that seems insignificant. Tired or not, it doesn’t matter, the visit to the historic club of Athens was necessary.

I arrived at the venue just in time to catch the first song of The Price. The Italians had a dynamic start and the fans seemed to like it, as they applauded their effort on stage. Their style could be characterized as alternative/progressive rock, but with an identity crisis, as two of the songs were clearly into groove metal. They weren’t bad, time was passing by nicely with their music, but I believe that they should decide what exactly they want to play. 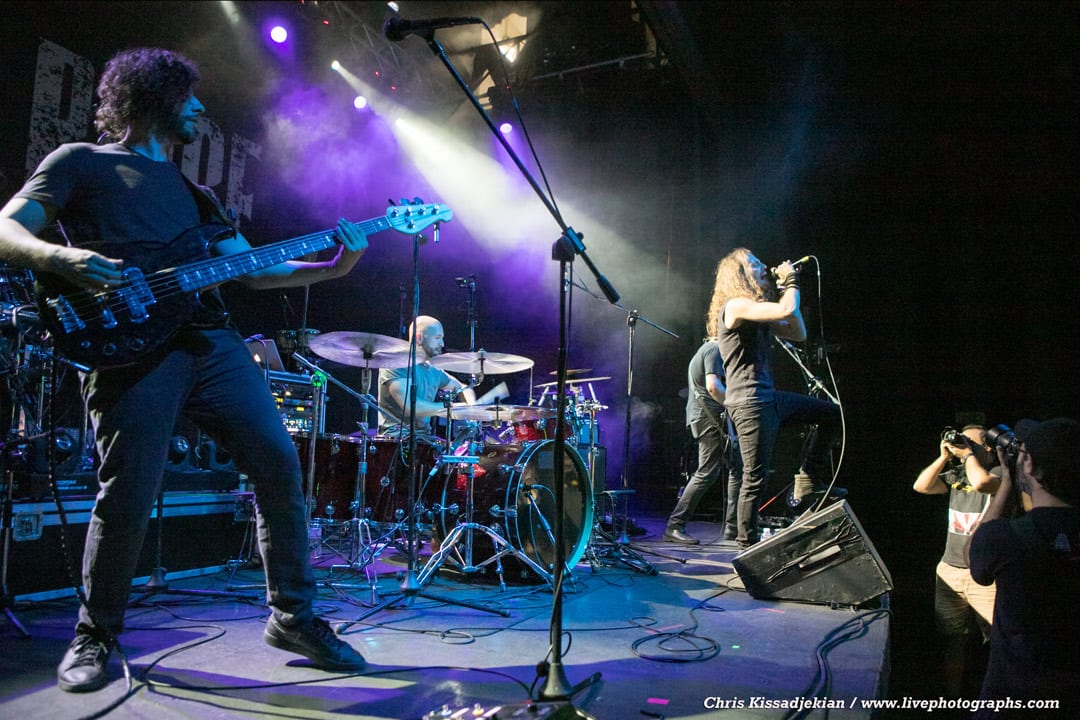 Next on stage were Wheel from Finland (but with a British frontman) who chose to appear with black hoods. They removed them soon after, probably because they couldn’t stand the heat. The air-conditioning was absent this night. Besides that, Wheel had a clearer approach to their music. In some moments, it was extremely close to Tool. At first, I have to say that I enjoyed their progressive/metal rock, but their long songs (I think they played only three during their half-hour set) got me tired after some time. 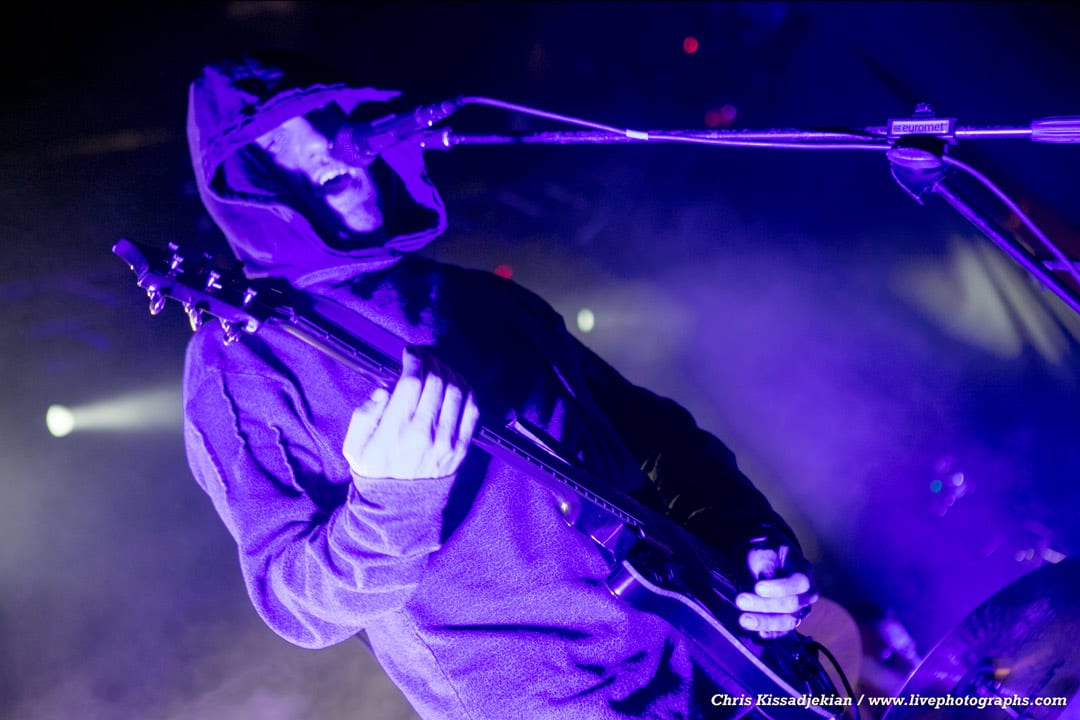 The wait for the headliners seemed to last forever, until the lights went out and “Covenant” marked the start of the journey with the special music of Soen. The sound had some problems in the beginning, as the guitar of Cody Ford wasn’t that loud, but it didn’t take long to reach the right level. The band was in excellent shape. Stefan Stenberg on bass, Lars Åhlund with a multiple role of handling keyboards/guitar/backing vocals/percussion, the flawless Cody, the majestic Martin Lopez on drums and of course the amazing Joel Ekelöf on vocals. 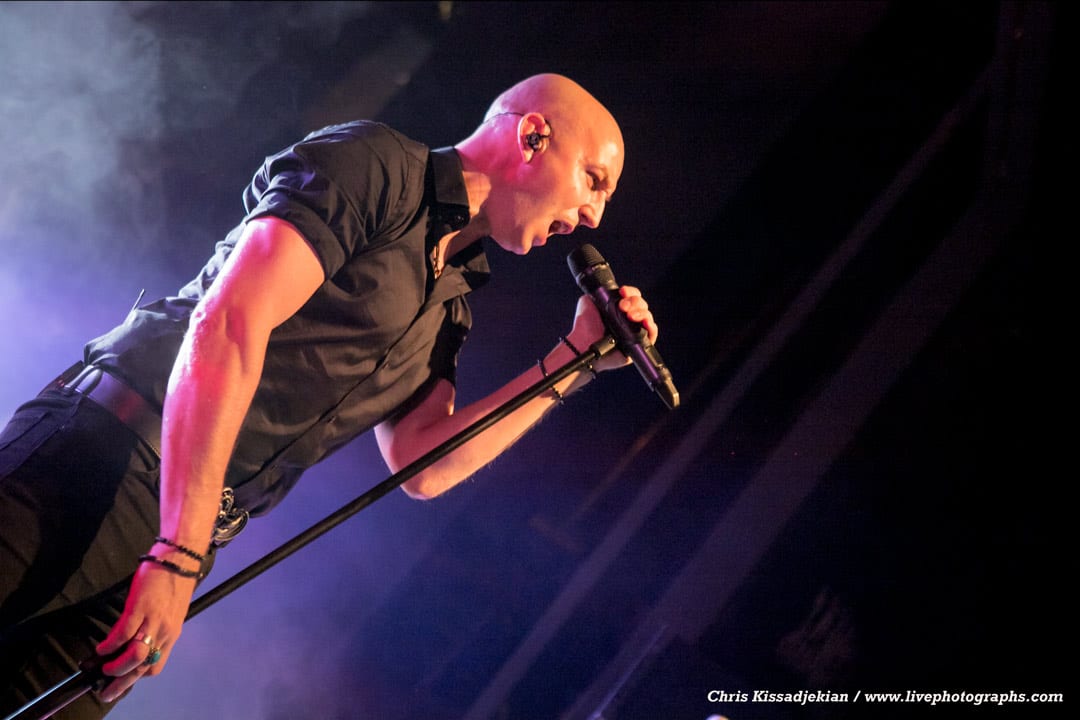 What can I say for this guy, for this calm and smiley face with the magical voice? First of all, he was among the crowd watching the support bands. During “Covenant” and one more song (I think it was “Lascivious”), his performance was so good that made the fans cheer and applaud while he was still singing. In general, the fans showed how thirsty they were for the band, as they were singing most of the lyrics and cheered loudly after every song. During the end of “Jinn”, there was a sing-along on the melody of the track. In the calm break of “Martyrs”, for some strange reason, no one was talking and everyone was listening to the keys of Lars and the voice of Joel. A memorable moment, as they respected the song and the effort of the band. 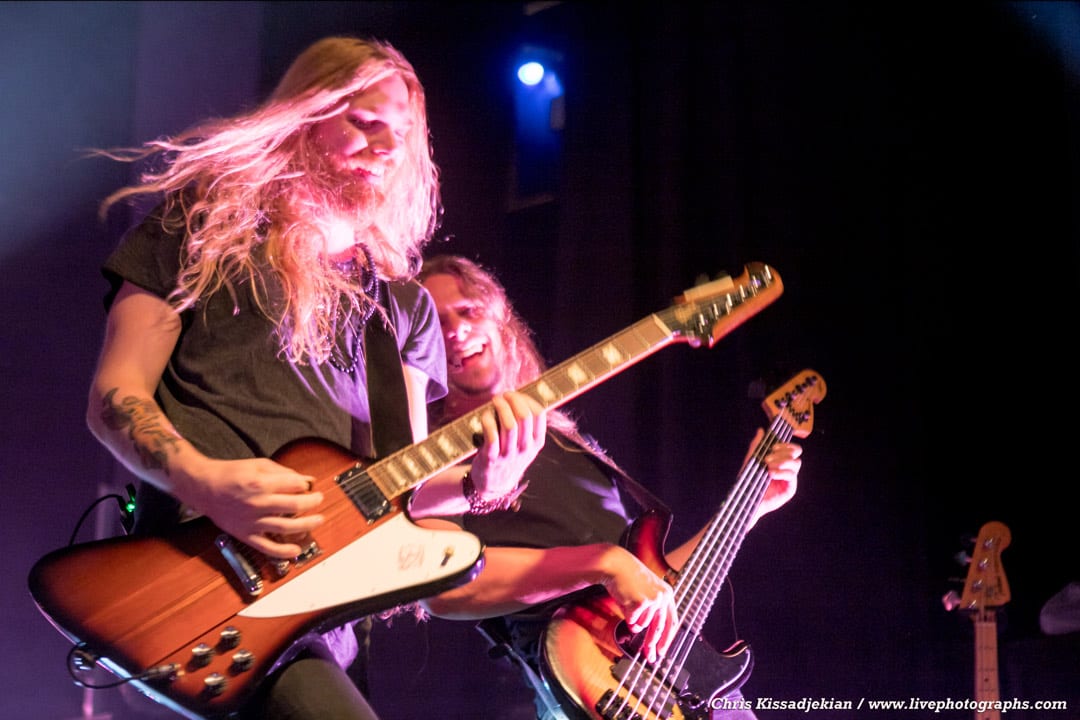 As for the setlist, it was logical that we wanted more songs, but this was secondary. We saw for the first time an amazing band in a flawless performance. “Lotus” (one of the best records this year) was represented by six tracks, “Lykaia” by four, “Cognitive” by two and “Tellurian” by one. Soen said goodnight by playing “Lotus” and left us begging for more. 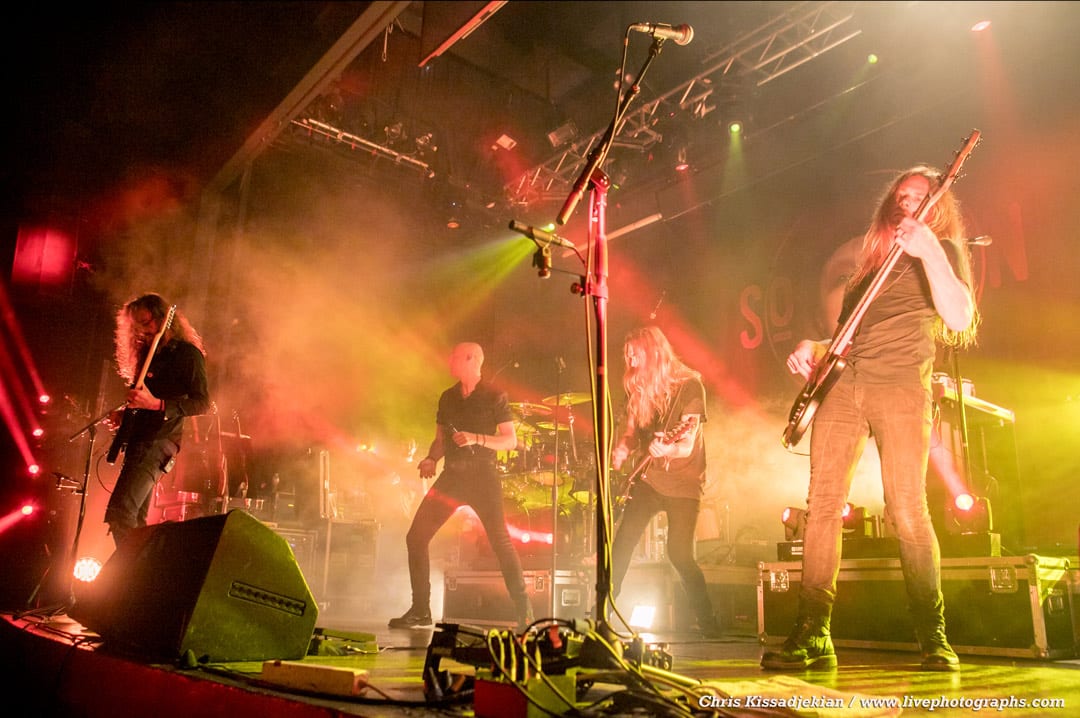 The new concert season started in an amazing way. Fantastic show from the Swedish band, excellent behavior from the fans who filled most of the venue and very affordable ticket price. Something tells me that we will see them again.