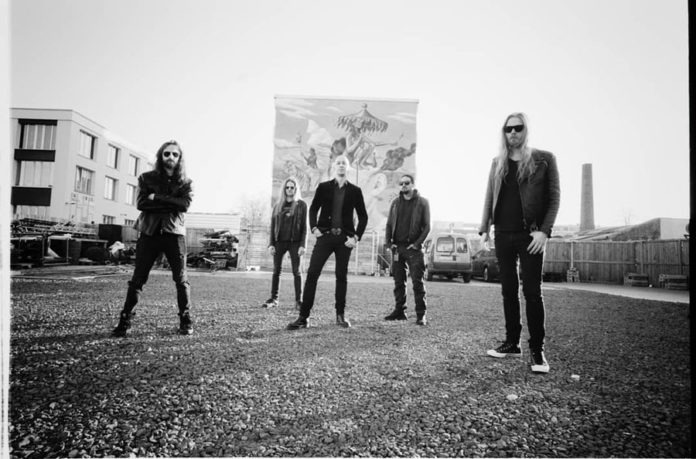 PRESS RELEASE: Today, the engaging, enchanting, cutting, yet beautiful Swedish metal supergroup Soen release the enchanting video for the single “Fortune”. The track is taken from the forthcoming release ATLANTIS, out via Silver Lining Music this week on November 18, 2022.

Musically, “Fortune” is epically heavy with its crushing riffs and percussion, yet delicate with haunting vocal phases and an outstanding guitar solo, all whilst carrying a poignant story and message.

Check out the video below:

Founding members Martin Lopez and Joel Ekelöf comment “‘Fortune’ is a song about getting beaten up by life, falling down again and again, but getting back up regardless. In this specific case, it is about seeing a loved one face the obstacles that you have faced, letting them know that things will eventually get better and that you have got their back no matter what.”

Following the success of the IMPERIAL European Tour, the relentless metal quintet will shortly embark on a twenty-date North American Tour, kicking-off at Chicago’s Lincoln Hall; the tour will also see Soen perform as special guests of Katatonia in Dallas and Austin on December 6 and 7. The band are excited to be on the road again and show no signs of slowing down in their quest to bring the Soen experience to the world.

“It’s a dream come true to finally be able to do an extensive North American tour,” enthuses Lopez. “It’s a milestone for any band to tour a continent with such a rich musical history and we are very excited about finally getting to meet our North American audience. See you all there!”

For a full list of confirmed dates, tickets, and additional information visit this this location

“‘ATLANTIS’ undeniably proves that SOEN’s music can be as breathtaking, poignant and ultimately beautiful in an acoustic live setting as it is imposing, crunching and thunderous in their studio releases. These guys are truly masters of combining emotion and strength, power and atmosphere in their own unique way” – POWER PLAY

“Flawless and sublime… So delightful and satisfying, you could listen to this endlessly and still be just as excited as the first time hearing it.” – FISTFUL OF METAL

“Starring on ‘Atlantis’ is guitarist Cody Lee Ford, who comes up with one beautiful solo after another.” – AARDSHOK

‘ATLANTIS’ was recorded by David Castillo and Iñaki Marconi, mixed by Castillo, and mastered by Tony Lindgren. The performance was filmed and directed by George Laycock from the bespoke British production house Blacktide Phonic/Visual.

‘ATLANTIS’ will be available as a DVD-CD with bonus footage, a Double 12” Limited Edition Vinyl, Long Form Video, Digital Download and Streaming.

The additional orchestral musicians and contributors on ‘ATLANTIS’ are:

Soen wish to thank them deeply for their immense contribution to this performance.