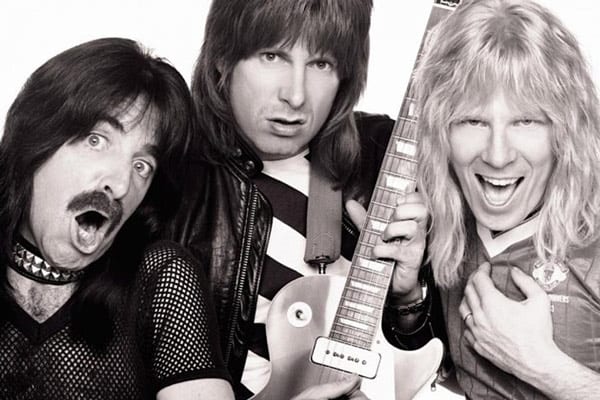 Even for an acoustic show to celebrate the 35th anniversary of the legendary movie “This IS Spinal Tap” at Tribeca Film Festival last Saturday April 27th. Christopher Guest, Michael McKean and Harry Shearer played Hell Hole”, “Big Bottom”, “Rainy Day Sun” and “Clam Caravan”, then joined by Elvis Costello for “Gimme Some Money” and closed the set with “Sex Farm”. Both the actors and director Rob Reiner participated in Q and A session. It’s worth mentioning that the film was released in 1984 and wasn’t clear for everyone that the band was fictional and that this was actually a “mockumentary”. Ozzy Osbourne was actually among them! Also, U2 guitarist The Edge didn’t laugh at all watching the movie… “I didn’t laugh. I wept. It was so close to the truth” he said once. Finally, early home video versions of the movie reportedly even had a disclaimer at the start and finish of the movie stating the band didn’t really exist.