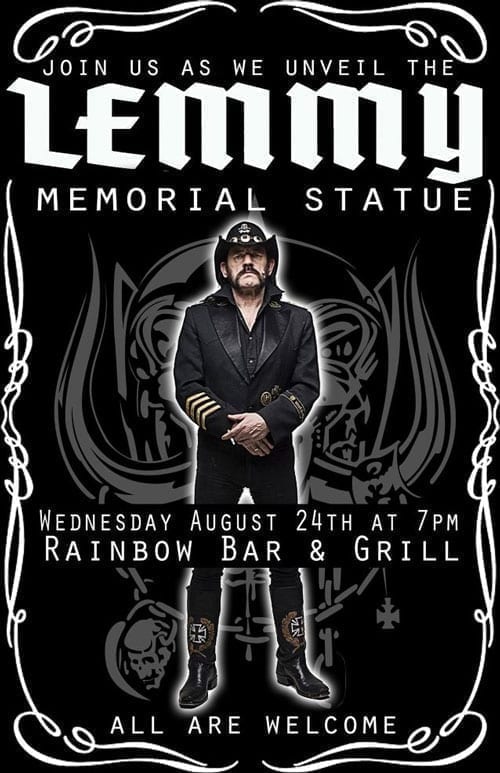 A statue of Lemmy will be unveiled on August 24th in legendary Rainbow bar and grill on Sunset Boulevard in West Hollywood. The life-size bronze cast statue was created by Travis Moore and will be placed in the patio bar area. The sculptor who first built an 18-inch maquette worked for free, but as there were considerable costs in the whole process Hirax’s Katon De Pena launched a founding campaign that raised $23,000 to support the sculpture’s work.