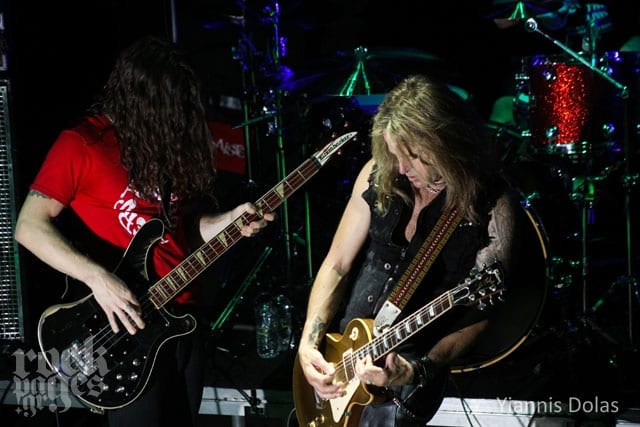 Monday night at Gkazi… where are you supposed to park your car? Schools are not open yet, the weather was great, and the traffic around the area was heavy, like it was a Saturday night. KooKoo club was also almost full with fans of Whitesnake, and not waiting to watch Doug Aldrich, Brian Tichy and Michael Devin closer than ever.

4Bitten opened the show with characteristic ease in front of any audience in any venue. With their dominating presence got through the nervousness of the first two songs and warmed the crowd  up the ideal way. They also played three new songs from their forthcoming album, which should be expected by the end of the year. They were tight, full of passion, energy and power. We weren’t expecting nothing less though!

Burning The Candle, Games You Play, Different Fate, To The Core, Not This Time, Save My Soul, Die In Vain 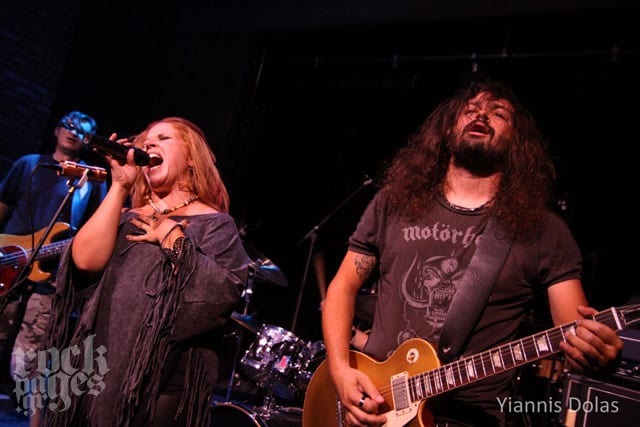 So, we got to the “main event”, Steamroller, the power trio of world class players Tichy, Aldrich and Devin, who we only knew from Whitesnake, but we got to know him a little better that night. For those who haven’t noticed Steamroller’s brief career so far, what they were going to play was a bit of an enigma, except of course from their references to Whitesnake, that were taken for granted, and that was exactly the case.

I’d say that they kicked-off a bit awkward with “War Pigs” that you’d expected a bit later, followed by “Immigrant Song” and Mountain’s “Never In My Life”. It was clear that these guys were having a ball playing that stuff, and the crowd was having fun as well. Tichy was performing serious drumsticks tricks, turning them around, throwing them on the air, or bouncing them off his drumkit. Michael Devin was great on vocals nailing every song they played, while Aldrich was taking his classic poses with his golden Les Paul. 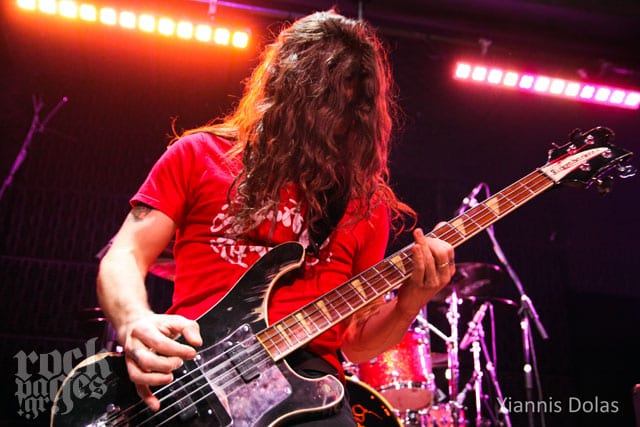 The band visited their Californian roots with “Whipping Post”, “Stratesboro Blues”, cracked a joke with a passage from… “Amadeus”, honoured its “Snake” heritage with “Slow’n’Easy”, “Crying In The Rain”, and “Still Of The Night” which was the show’s encore, while they also played “Holydiver”, “Space Truckin'”, as well as “Cocaine” and Police’s  “Walking On The Moon”, which was an unexpected as well as interesting choice. As well as, “Smoke On The Water”, which closed the regular duration of the show.


There were some pauses  between songs, and at some points the three of them looked like they were trying to find out what they’d play next. However, all the songs were played  perfectly, something that shouldn’t have been in question, since their level of musicianship and carrer whouldn’t have suggested otherwise. Still, I don’t know what’s the point of watching world famous musicians playing covers, no matter how good they can play them, that a local band would probably play. Of course, whenever we see shows, or jams like that taking place in an American club we start complaining and whine that we don’t get to see stuff like this over here often, ,if ever. So, there you have it you can never please humans can you? 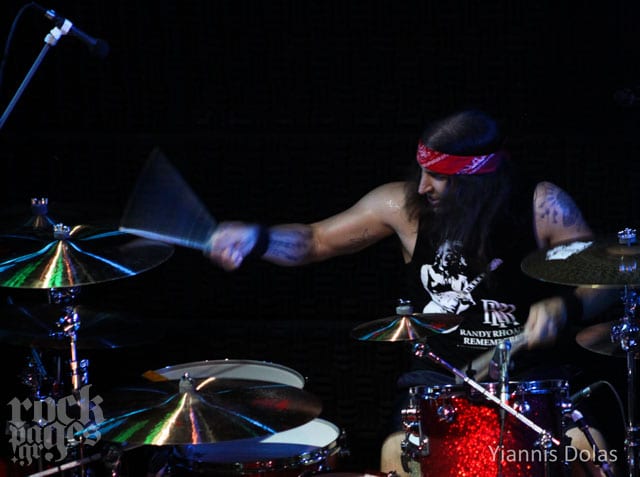 Finally, with the opportunity of the Steamroller gig I couldn’t hold my question about Aldrich’s leaving Whitesnake that is down to the guitarist’s will to do new things, and explore new opportunities. I guess that the band we watched on Monday night is a stop gap and a need to relax and have some fun, and not Doug’s main thing. We’ll see…