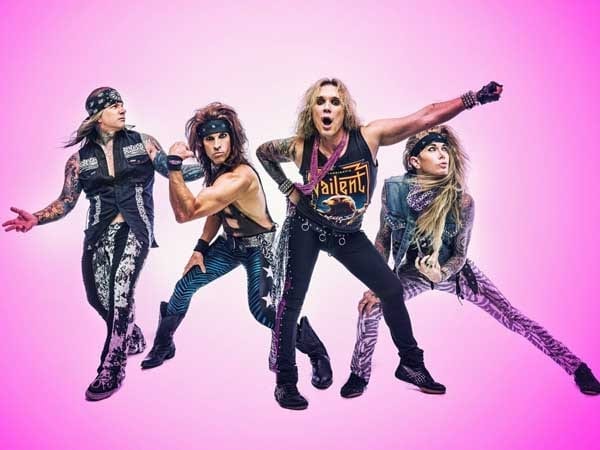 Steel Panther announced that they entered the studio to record their fifth studio album, according to a tweet from their drummer, Stix Zadinia, last Sunday. Whether it will be an album with original material, or covers still remains to be seen, although guitarist Satchel said in an interview: “I think, for me personally, I love to write songs and we’ve got songs ready to go for our fifth studio album already. (…) I don’t know how many more covers I wanna do. I like doing original stuff, and I feel like Steel Panther is… We’re a band that has a lot to offer in so many areas. Our live shows is great, we’re natural-born entertainers, we love to have sex with women on stage — that’s all very entertaining as well — but we release records that are really fun to listen to with really hooky songs. And I feel like, unlike a lot of bands, we pay special attention to writing the hookiest songs we can. I don’t feel like there’s ever a dud; I feel like there’s a lot of great songs on all of our records, and that’s why people keep coming back — ’cause they like to listen to those songs.”