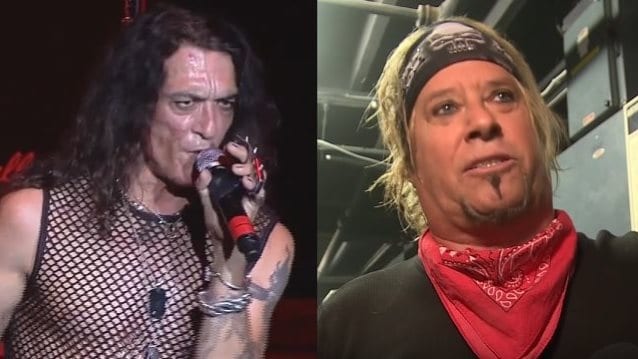 RATT singer Stephen Pearcy, who, along with some of his bandmates, is involved in a legal battle with drummer Bobby Blotzer over the rights to the group’s name, spoke in a brand new interview with “Sound Matters” about the fact that a legendary act like FOREIGNER is continuing to tour with Mick Jones as the sole remaining original member of the band. Asked if FOREIGNER’s situation is different from RATT’s in the sense that Jones has been the former outfit’s main songwriter throughout its four-decade-plus existence, Pearcy replied: “Oh, I think so. And he’s been around longer and has more of these redeeming qualities. He’s not doing anything… I mean, that’s the guy — he wrote the words and music. I mean, what are you gonna say? You can’t do that? Anybody can play anybody’s music, but, I mean, c’mon! Give respect. That was the analogy [comparing FOREIGNER to RATT] this other person [Editor’s note: referring to Blotzer] was trying to use in this situation, but it doesn’t work, because we wrote all the music, including myself, and to see it destroyed… I don’t even wanna dwell on this shit; it’s just psychopathic.”
Pearcy went on to suggest that Blotzer should be placed under an involuntary 5150 psychiatric hold and is need of a trip to rehab. “It’s just a scary situation to think of,” the singer said. “It’s, like, ‘Woah!’ Help is needed, please.”