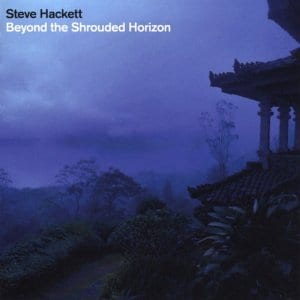 This album is the comeback of the progressive rock legend, following five years of studio absence. When I did the review on “Live Rails” a few months ago, I made a statement and I’m simply repeating it; I can not possibly judge Steve Hackett.
On “Beyond The Shrouded Horizon” Hackett is pacing inside his own road, a rough road, most of it, during his solo career; however, I notice an attempt to make a c.d. featuring elements from a grand spectra of his discography and this is where things don’t look so good. Final result seems a bit spank less, Hackett is presenting an album lucking character and there are some compositions below average in there. This is the weak spot of “Beyond The Shrouded Horizon”.
I believe it would be better if Hacket had moved to more rock logics such as “Prairie Angel” or “A Day Called Freedom”, two exceptional songs featuring a more traditional rock motif. Whilst the album is not bad, it faces a problem due to its inhomogeneousness.
“Beyond The Shrouded Horizon” is surely not the one significant addition to Steve Hackett’s history, friends of old progressive rock must give it a try though, they will possibly be satisfied. It’s not an easy album to absorb though.