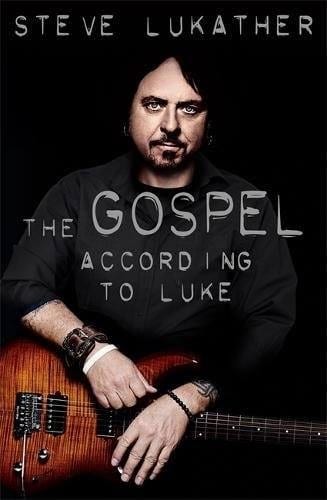 The guitarist will release his memoir, titled “The Gospel According To Luke” in early 2018. Lukather’s career is huge as he has contributed in more than 1,500 recordings for more than 75 artists that were inducted in the Rock’n’Roll Hall Of Fame. Lukather recounts working with music’s biggest legends, sharing some remarkable stories from his travels, including Barbra Streisand bullying her producers, why not to invite Elton John to a party, and the means by which Miles Davis revived a dead dog.

Lukather’s extraordinary tale encompasses a life lived inside the music business from the time he was just nineteen and working with Boz Scaggs to his pivotal decision to join Toto with his childhood friend and renowned drummer, Jeff Porcaro. Steve Lukather is the singer and guitarist of Toto, the guitarist in Ringo Starr & His All-Starr Band, and an accomplished session musician.
Paul Rees was the editor-in-chief of the music magazines Q and Kerrang! He is the author of Robert Plant: A Life.