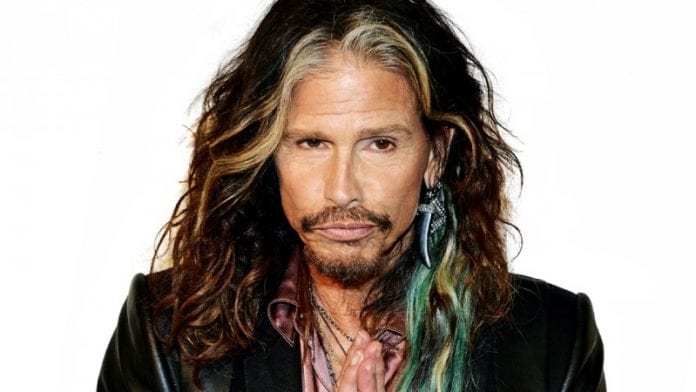 Steven Tyler has denied suffering a seizure during AEROSMITH’s South American tour.
Earlier this week, AEROSMITH canceled the last four shows of the trek due to what the band called Tyler’s “unexpected medical issues.” A Boston Globe report later suggested that the singer suffered a seizure after the band’s show in Sao Paulo, Brazil Monday night (September 25). Tyler has since tweeted a statement claryfing his status and explaining the reasons for the remainder of the tour being called off.
He wrote: “It breaks my heart to have left this tour early. The band has never played better — just watch the hundred thousand people at Rock In Rio. I give you all an A+ for creative speculations but I certainly did not have a heart attack or a seizure (unless Joe Perry is takin’ a rippin’ lead). Sorry to have cut the tour short, but I had to have a procedure that only my doc in thr States could perform. We’ve been to Tel Aviv, to Russia, to Rio, and all the in between… I guess it’s true what they say… that life’s a pisser when Eu’re A Peein’…”