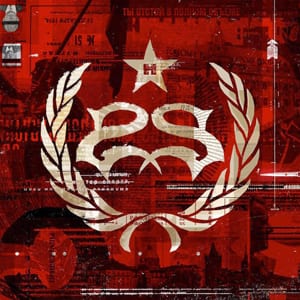 Expectations have never been this high for a Stone Sour album. Not so much because of the confidence coming through various interviews, but rather due to the high quality of the ‘House of Gold and Bones’ concept. The first part in particular is amazing, and stands head and shoulders above anything else the band has put out so far. This follow up’s fate will more or less determine if Stone Sour will claim the spot Corey Taylor wishes they’d have.

At the end of the day, I think the charismatic frontman got carried away with enthusiasm. ‘Hydrograd’ is obviously a conscious effort to try and have a little bit of everything, as if proof was required that the band can write, for example, in the forgotten classic rock style of ‘St. Marie’. The length of the album is an exaggeration in itself, inspired ideas had to be spread out, Jim Root’s departure has lowered the amount of imagination in the guitar playing, and the result is Taylor’s personality often trying to save an otherwise mediocre song. ‘Hydrograd’ is closer to ‘Audio Secrecy’ and miles away from ‘The House of Gold and Bones’.

I wouldn’t call a record that contains some very cool songs, such as ‘Taipei Person / Allah Tea’, the title track and ‘When the Fever Broke’ a disappointment. What it is though, is a missed opportunity.