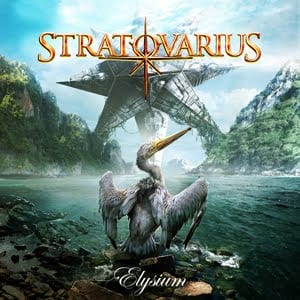 Stratovarius are one of the European bands that have countless of fans worldwide. This is a good thing and a bad thing at the same time. Everybody expects every new Stratovarius album to be better than their previous one. So the band gets harsh criticism a lot of times for a few albums that are just not great.

“Elysium” starts with the best credentials. The tracks “Darkest Hours”, “Under Flaming Skies” and “Infernal Maze” reminiscent of good old Stratovarius and will really satisfy the most demanding fans. The tempo is quite fast and the chorus is quite addictive with Kotipelto’s vocals being once again excellent. Something that surprised me in this album is the very good guitar work. I was reminded of the times when Tolki was in his good days in the band. Matias Kupiainen seems to be a worthy successor.

The four tracks that follow could very easily be missing from the album. The tracks “Fairness Justified”, “Lifetime in a Moment” and “Move the Mountain” throw back the tempo and bring back the symphonic elements that were found in the “Elements” releases. I generally got tired while listening to these songs and I got the impression that they just filled space in the disk. As for “The Game Never Ends”, it brings more energy, but I was just waiting for it to end.

“Event Horizon” brings the tempo back up and it wakes us up just before the end of the album.

The impression I got from the album is that if “Stratovarius” mixed “Elysium” to four different tracks and replace “Fairness Justified”, “Lifetime in a Moment”, “Move the Mountain” and “The Game Never Ends” the world would speak of an album as equally good as “Visions”.

That’s all about “Elysium”. After listening to the album I was really disappointed with the concert at Fuzz club, because “Timo Kotipelto” was sick and couldn’t sing any songs from the album.