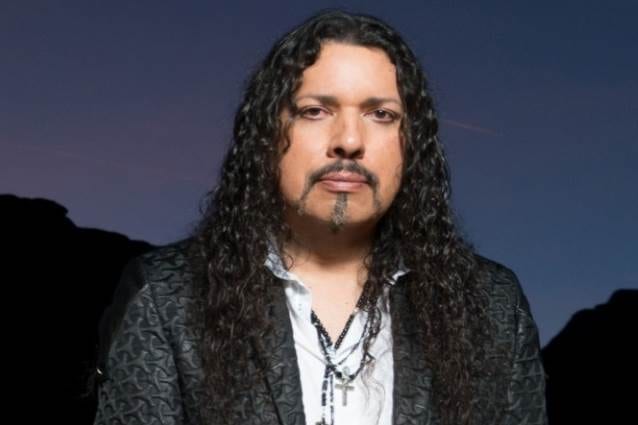 STRYPER guitarist Oz Fox has been hospitalized after reportedly “falling down” during his guest appearance at SIN CITY SINNERS concert Saturday night (August 11) at Harrah’s in Las Vegas, Nevada.
The news of Oz’s illness was broken by SIN CITY SINNERS’ Jason Green, who wrote on his Facebook page: “If you believe in a higher power or even if you don’t, please send Oz Fox some positive vibes and prayers tonight. At the end of tonight’s SIN CITY SINNERS show, Oz fell down due to a medical condition. Scotty went with him to the hospital and Oz’s wife is there with him now. I’m told Oz is responsive and has good vitals. I will leave any other announcements or updates to Oz and his family, but I have been receiving several messages asking what happened. I performed with Oz earlier in the night, but was not there at the time of the incident. Oz is one of the kindest people and dearest friends anyone could ask for.”