There are some live shows like this one that we don’t see so often in our country. Bands who never played before here, with several years of history and without (as it turned out) strong fanbase. Either way, that Thursday night we were at Kyttaro club for the first show in Greece of Swallow The Sun and Tyr. 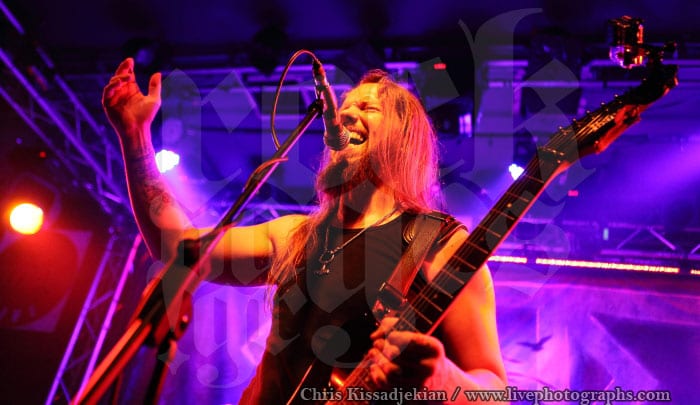 The night started with Tyr from Faroe Islands, a country that football fans remember very well from their wins against Greece in the Euro 2016 qualification round. Founded 18 years ago when their members were living in Denmark, they have already released 7 studio albums. The venue was the exact opposite of crowded (nearly 100 fans) when they entered the stage, but they didn’t seem to care at all. Professionals in every way, they gave a very good performance and managed to win almost everyone. Their fans were also quite energetic, helping them in their effort by singing the lyrics and making a good atmosphere. I must admit that I didn’t know their music, but this is about to change. They play epic heavy/power metal with folk influences. Great songs like “Blood Of Heroes”, “Shadow Of The Swastika”, “Hold The Heathen Hammer High”, “By The Sword In My Hand”, “By The Light Of The Northern Star” and “Hail To The Hammer” make you want more and more! They left the stage after one and a half hour, with a very warm applause as a reward. 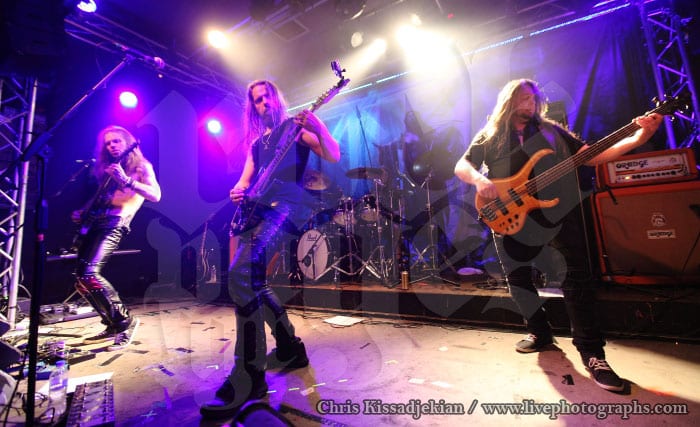 And from the epic tunes of Tyr, to the darkness of Swallow The Sun. Founded in Finland 16 years ago, they have released 6 albums and their atmospheric doom/death metal was the opposite of what we listened before. The venue was still far from crowded, but they didn’t seem to care either. Unfortunately, Juha Raivio (founding member and guitarist) was absent due to a personal problem but Juho Raiha of Gloria Morti filled excellently his position (while Tuomas Saukkonen of the mighty Wolfheart was also in the crowd). They started their set with “10 Silver Bullets” from their new amazing album, bringing with them the darkness of their country. They continued with mostly new songs, but played at least one from all their albums. 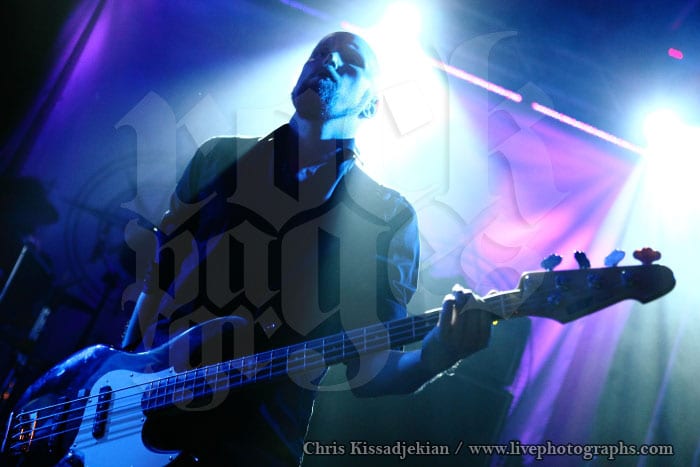 Their singer, Mikko Kotamaki, was more doom than his songs when he was speaking, but his vocals (clean or brutal) were fantastic as always. Somewhere near the end, the mourning continued with “Abandoned By The Light” before changing the mood with 3 beautiful acoustic songs from their latest album. “Swallow” was the last one of a great night, one and a half hour after the start of their show.

A great night after all with two bands that we haven’t seen before in Greece. Too bad they didn’t have the support that they deserved, because gigs like that are needed to get away from the same stuff every time. 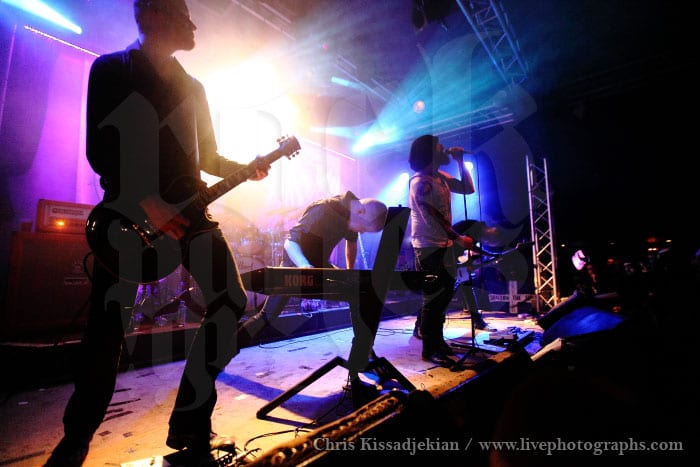