I was familiar with Temple Balls through YouTube and I was quite impressed by their youth enthusiasm which was combined with a most unusual for their age professionalism and dedication to their music. Naturally, as it is the case with all the new artists, the road was not wide open for them thus they had to make significant sacrifices (jobs, education, relationships etc.) in order to follow their dreams. Their old school rock n roll but most importantly their overall work ethic was intriguing enough for me so as to arrange a short conversation in the backstage area of Nosturi Club in Helsinki. After all, the guys have released their first album “Traded Dreams” a while ago so it was a fitting opportunity.

Arde Teronen (singer) and Niko Vuorela (guitarist) welcome us and the first question was of course obvious yet necessary: 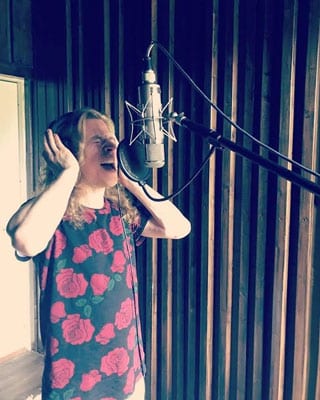 “when did they start and which is their hometown”? “We started back in 2009 although I joined the band 4 years ago” replies Arde. Niko adds that they come from Oulu where there is a very active heavy metal scene although quite unknown outside of Finland.

The name of the band was inspired by Andy McCoy’s autobiography who was possibly referring to a drug. When we shoot back that this is probably true given Andy’s reputation, they both burst into laughs. 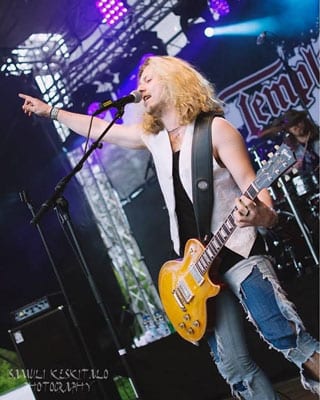 They inform us that the basic reason behind the band’s decision to record in Thailand was the fact that the studio was technically advanced and covered all their needs…at the same time, they wanted to combine business with a little bit of vacation. When we note down that the cover artwork that depicts an ancient civilization with a few modern structures on the background reminds us of Temple Balls’ music (old school hard rock with a modern twist), they seem genuinely impressed when they say that they haven’t thought of it before yet it could be an accurate way to look at it.

As for their obvious influences from Hanoi Rocks and Thin Lizzy (just to name a couple of them) and how easy or difficult it is to establish a name in their home market where there is a rich metal scene yet not that many hard rock bands, they both answer almost simultaneously: “Not easy at all! Especially given that we have to be constantly online with updates in order to create a buzz around us and make people familiar with our name”. When we ask if that takes away a great deal of the whole magic, they agree but at the same time, I wouldn’t be there with them if there wasn’t YouTube or those updates in the social media. They are right! 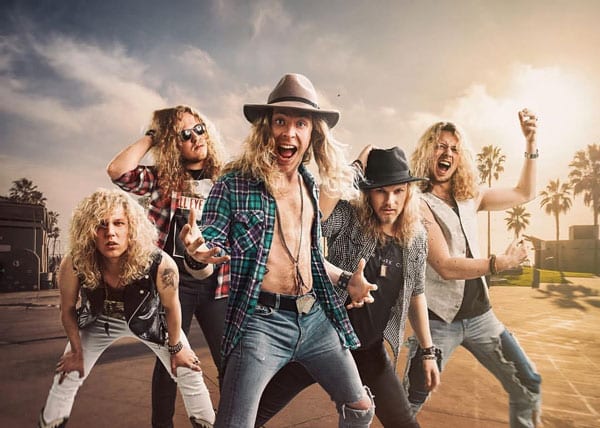 As we approach the ending of our conversation, the guys let us know that the plan is to have a brand new album within 2018 and judging by their sheer passion and professionalism, we don’t have the slightest doubt that the plan would be carried out as scheduled. We didn’t leave without going deep into some of the classic albums by KISS, Thin Lizzy and Creedence Clearwater Revival…after all, we are most and foremost music fans, right?

As a closing note, we will say this: Temple Balls is a young bunch of guys with a most envied work ethic and mentality. The future belongs to them…check them out! 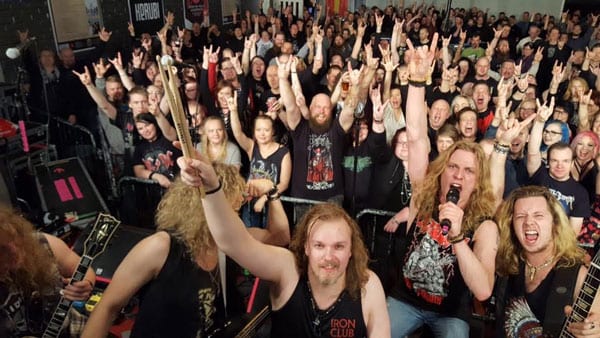