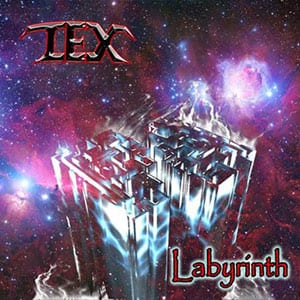 Tex comes from Serres, Greece and this is actually a demo; I simply wish it would become a full album played by a full band pretty soon. For the time being, Tex is composing and recording by himself, based on his knowledge, his inspiration, his ideas and technology. And he truly deserves all the credits in the world for that. He could simply lay low, protesting “But I can’t find anybody to form a band, you guys”! Everybody would sympathize… On the contrary, the man decides to take things into his own hands, presenting this specific project.
Epic Metal, American Power Metal, full of running and high freq voices and hymnical choruses. Themes taken from Greek mythology and ancient history (Leonidas, Ares) and 80’s style! Naturally! Voice reverb reminds me of many albums created in the first half of our beloved decade, featuring riffs the likes of early Iron Maiden, Judas Priest, Jag Panzer and early period Queensryche. Orchestrations are clever, filled with bright ideas and songs are highly recommended for a fine listening session, even a headbanging intermission.
I also find the voice color interesting… It goes up, it’s provoking. I would rather expect more sophisticated backvox, yet this is just my opinion, it’s a matter of taste. Instrumental “Venus” is up next, featuring impressive opening themes, acoustic bridge and a barbaric outburst.
I just hope that this solo issue soon becomes a fine band, in order to record these songs and create an album and then walk the stage to support it live. Best of luck, Tex!