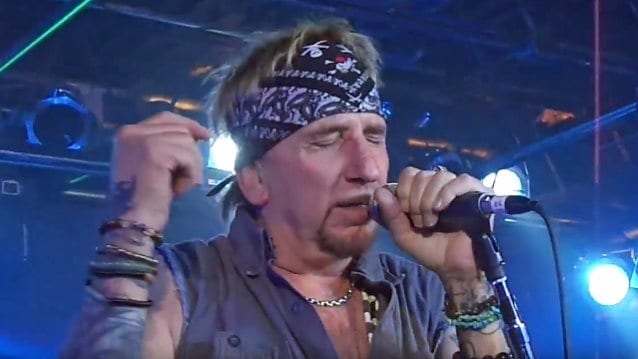 Former Great White lead vocalist Jack Russell recently did an in-depth interview with Ted “Hollywood” Heckman for Thunder Roads Ohio.
Russell was asked whether there is any chance that the hatchet will be buried between him and his former Great White bandmates to which the singer replied (with slight edits): “NO….IF THE HATCHET EVER GETS BURIED IT WILL BE IN SOMEONE’S HEAD. Hahahah. I’m kidding, honestly no, it will never happen. And I’m a never say never kind of guy. There is so much animosity on both sides that there are some bells that you can’t unwring. I went down to Jani Lane’s Memorial at the Key Club in Hollywood sand my manager at the time kept telling me, “It’s your band. Don’t worry. When you get back, if they don’t want you back, we will fire them.” I’m like, “Yeah. It’s my band.” So, I was at the memorial. My band was playing and I was supposed to go up and sing a song with them and apparently, the band didn’t know about it till that night. I got there and Mark had a panic attack and went to the hospital before the show and they brought him back. Nobody would talk to me. But a friend of mine was in the dressing room and I guess Michael Lardie said, “Man, why won’t that guy just die already?” When I heard that, I was like, “Really? How could a guy say that after you have been friends with them for over 20 years?”