Introduction? No need, as we usually say for bands like Katatonia. The Swedes are one of the top bands in their genre and we are lucky enough to have seen them perform live in our country many times. So, let’s revisit the different approaches they tried in their music all these years. 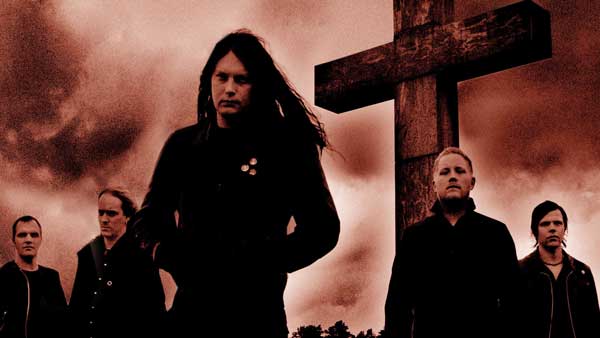 The Doom/Death Period: The year was 1987 when they started as Melancholium by playing noisy death metal. They changed their name in 1991 and their sound moved towards the doom/death style, as they were heavily influenced by the giants Paradise Lost and more specifically the album “Gothic”. They did an amazing job, but not for many years. During that time, they gave us the iconic albums “Dance Of December Souls” and “Brave Murder Day” along with some demos, splits and EPs.

The Big Change: The calendar showed 1998 and the new Katatonia were introduced to the public. From one hand, the influences of the band that wanted to try something different. From the other hand, some problems with the voice of Jonas Renske led to their new face that we know until now. An easily recognizable sound, that can be categorized as atmospheric metal/rock with the characteristic voice of Renske and the melancholic melodies being the key elements so far. Without repeating themselves but also without drifting away from their style, they released diamonds like “Discouraged Ones”, “Tonight’s Decision”, “Last Fair Deal Gone Down”, “Viva Emptiness”, “The Great Cold Distance”, “Night Is The New Day”, “Dead End Kings” and “The Fall Of Hearts”. Yes, I know, I mentioned all of them, but there was no other option. This band can’t produce bad or mediocre stuff.

The Acoustic Experiment: As musicians they couldn’t rest, so Katatonia decided to try another side of them. “Dethroned & Uncrowned” came one year after “Dead End King” and it’s the acoustic version of it. The result was so good that led into a tour where they played other songs from their career the same way. Thankfully, there is a release to remember this, the live album/DVD “Sanctitude”. It was filmed in the magnificent London Union Chapel and every fan of them should watch and listen to it. Their performance and the scenery with the candles are breathtaking.

The Symphonic Attempt: Many bands decide to tour for the anniversary of an important album. Katatonia did it for “Last Fair Deal Gone Down” and they visited our country during that time. For the amazing “The Great Cold Distance”, they did something different. It was 2016, ten years after its release, when they chose Bulgaria and another special location. It was Plovdiv and the Roman theater where they joined forces with the philharmonic orchestra of the town to perform the album in its entirety. The result was of course excellent, their music blends perfectly with the orchestra, but unfortunately this was released only on audio. There are some pretty good amateur clips on YouTube and I believe that there is a professional video somewhere waiting to be released. 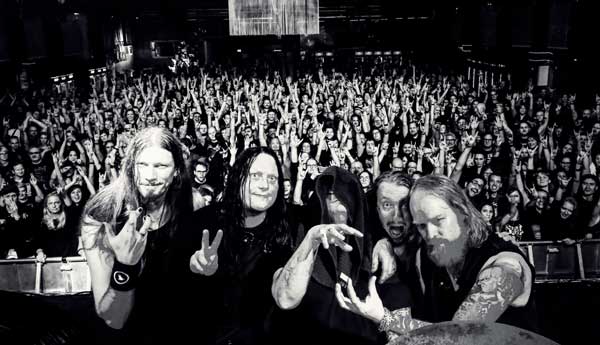 The Ambient/Electronic Days (?): Hard to say for sure. This has to do with their upcoming full-length album “City Burials” that will be released on April. The statement is that the band will return to their early heavy metal roots, but in the only song they put out so far (“Lacquer”) the guitars, bass and drums are absent. It still is a beautiful ambient/electronic song, as they don’t seem capable of writing bad or mediocre music as mentioned before. They have tried something similar before (for example in the B-side “Unfurl”) but this is something different. Will this be the sound of the new album or just a part of it? We will find in a few months.

Bonus – The Various Projects: The band is basically consisted of two members, Anders “Blakkheim” Nyström (guitars, keyboards, backing vocals) and Jonas Renske (vocals, guitars, keyboards) with other musicians filling the line-up as permanent or session members. Besides their main band, let’s see the other projects they had or have over these years. Nyström had Diabolical Masquerade from 1993 to 2004 with the amazing Dan Swanö, an avant-garde black metal band that was the most strange and experimental stuff he ever did until now. He was a founding member in the black/thrash/power metallers Bewitched but stayed only for two years. Renske was a founding member for the great doom/death metallers October Tide until their breakup (1994-1999). They were reformed in 2009 and continue until now. He also collaborated with Bruce Soord, the founding member of progressive rockers The Pineapple Thief, for the electronic/experimental rock project Wisdom Of Crows. They released their self-titled album in 2013. Last but not least, the most known of all is the old-school death metal supergroup Bloodbath. They both founded it in 1998 and they still deliver tremendous brutality. Great musicians of the scene played with the band, like Dan Swanö, Mikael Åkerfeldt (Opeth), Peter Tägtgren (Hypocrisy, Pain) and of course the current vocalist Nick Holmes of their heroes, Paradise Lost. So, these are two musicians that have tried many different things in their career with big success, as they have much talent and quality. In few days, we will witness them once more on the scene of Gagarin. A live show of Katatonia is always a unique experience.