I feel very lucky to have seen both the Ramones and the Cramps in club “Rodon” and at the right age. Before becoming twenty that is. For some strange reason, I did not manage to catch The Fuzztones in 1991 and although they are regular visitors from 2000 onwards I did not manage to watch them live. 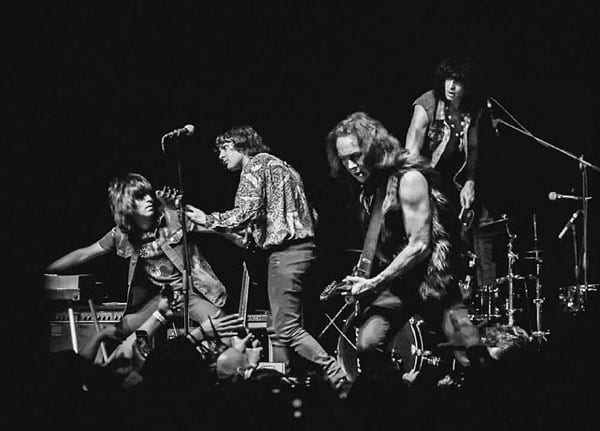 On a rainy 28th of October 2017, I found out with my own eyes that Rudi Protrudi, the man with the coolest name in the universe, is the coolest dude in the universe! I do not know if he has sold his soul to the devil, but he’s in great form, and with the 25 years olds that accompany him, gave a terrific The Fuzztones show in a full-packed Gagarin.

The Wrinkled Suits that opened to a crowd of about 150 people, were very talkative, with a very strong stage presence, playing as they called it “Orthodox rock’n’roll”. The right choice to start the night, they might not have excited the audience with their quite nice hard rock, but they did move a few legs and heads. I distinguished “Risky business”, a mix of Zeppelin and AC/DC, and I wish them to continue on the same path.

Penny Dreadful that followed were wonderful! Dark guitar driven americana that makes you close your eyes and travel. It is no accident that they are talk of the town; they have been a very pleasant surprise for me. Without trying to impress, their traditional American based music, combined with punk aesthetics produces a dark result that leaves you with a sweet taste. Are you confused? Then check them out! 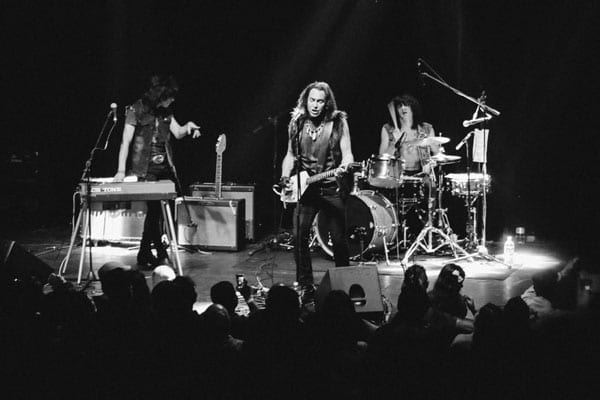 After a relatively long delay, Rudi Protrudi and The Fuzztones filled the stage of Gagarin with their presence. While the audience and especially the first lines went crazy, it is easy to realize three things. Firstly, Rudi is a great guitar player and his vocals are better than ever. Second: The band (2 Italians and one South African) is very strong. The bass player and keyboard player dance around constantly, while the climbing drummer spent quite a long part of the set perched literally on his seat or on the drums! Third: The sound is flawless. What can go wrong? Third or fourth song and a string of Rudi’s guitar breaks. Cool as fuck (chewing gum even when signing autographs) he asks and takes the Les Paul of The Wrinkled Suits guys. The show, after a short drum solo, continues with unrelenting intensity and until that time, among others “Jack the Ripper” and “Eyes in the back of my head” were heard. When the band plays the legendary “Ward 81”, the chord of Les Paul (!) is also cut off at the right time (?) and a third guitar is being recruited. For an hour and a half, The Fuzztones gave a garage energy seminar, but where the live really peaked was on “She’s a witch” and “She’s wicked”. After their brief temporary withdrawal, they returned and finished us off with “Cinderella” and “Strychnine”.

What I watched was equivalent to the experience of the concerts that I mentioned in the introduction. The Fuzztones keep the flame burning and Rudi Protrudi is a Rock’n’roll hero! Amen! 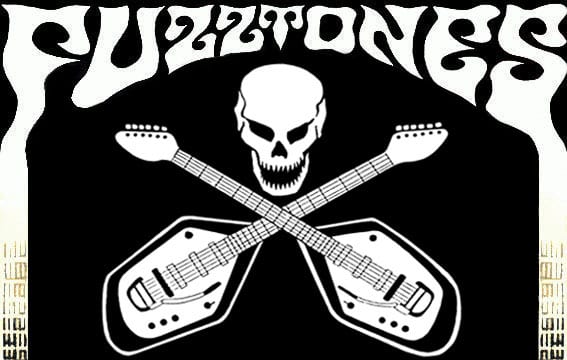