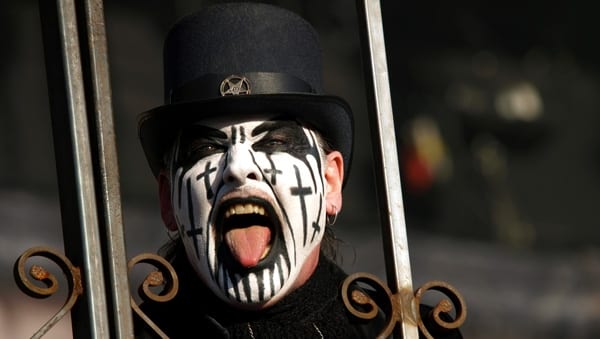 King Diamond and wife Livia Zita are the proud parents of a newborn baby named Byron. The name was chosen as a tribute to Uriah Heep’s David Byron, King Diamond’s favourite vocalist of all time. Livia has been King’s back vocalist for 1 years, but because of her new duties she won’t be able to join the band on stage and she will be replaced by Afterblood’s Hel Pyre.