He lives and reigns among us. He is usually at a middle age (as in Middle Earth…) and the glory days of the past are far behind him.

He possess an insatiable desire to pass his infinite wisdom and needless to say that there can’t be any disagreement or dispute over an issue because the “know it all in metal” guy was simply there when…Tony Iommi thought (not recorded) the riff of “N.I.B.”. Every sentence that he utters starts with the word “I” while once every ten sentences he uses the phrase “when I was at your age or when I bought this record…etc.). We are talking about a not so rare species that he is usually encountered in the cities and he is 40 years or even older. Having said that, we must point down that these characteristics are not obligatory (hopefully, the majority of those who reach their 40th year follow a more healthy course).

The unorthodox thing of the whole case is that despite the fact that the information flows freely and in great quantities and one would expect that the “know it all in metal” guy would eventually vanish, he seems to be persistent and still appears from time to time stronger than ever.  His target group can be found usually at those youngsters (under the age of 20) that logically couldn’t have bought “Sad Wings of Destiny” when it first came out but the absolutely comedy is that neither did the “know it all in metal” guy! Needless to say that even if you are a mere day younger than him you are bound to be the victim of his endless stream of “knowledge” (especially if you had the bad luck of not having caught Motorhead live in Greece back in the 80s). A fertile soil for this guys is definitely Facebook where he uploads video-clips from the most obscure bands (usually in demo formats) while Maiden and Metallica are forbidden in his daily tracklist because they are much too common names for him! On a side note, the “know it all in metal” guy has long stopped listening to music and he simply collects stuff with an immediate effect being that he cannot recall more than 3 songs of let’s say “Kings of Metal”. The researchers of this subject should also look thoroughly in the future why such people do not show their face in rock clubs or concerts…

Once upon a time, the “know it all in metal: guy was a healthy fan of the rock sound. Now he is simply a collector and a poser. The younger fans should really notice one thing: if they put on the c.d. player/turntable for example “Rust In Peace” and do not experience the same joy as in the past (not because the taste in music has changed or got bored of the record) is a striking evidence that slowly but steadily they are losing their love for music in general. There will come a day where you will collect albums only to fill your shelves and not listen to them more than once or twice. 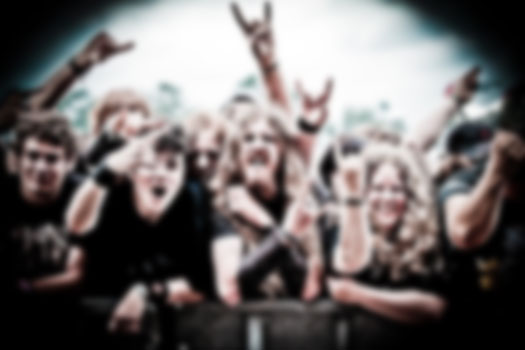