Given the chance of the band’s show in Athens, Kostantinos MindcrimeK had the chance to chat with British gothic rockers The Nosferatu main song writer, bassist and keyboardist, Vlad Janicek. Their legendary albums “The Rise” and “Legend” as well as their decision to reunite are just a couple of topics of this interview. 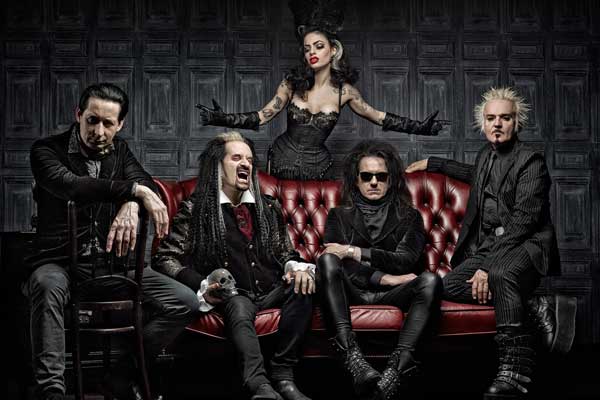 Rockpages.gr: “Rise” is one of the most emblematic albums of the second wave of gothic rock scene of early 90s. I wonder, had you realized how important and influential was that album back then?

Vlad Janicek: Not at all. Like many bands that split, quite often art is only truly loved after the creators have ceased. It was a popular album on release, but somehow a myth has grown around it and fans seem to have built up a deep affection for it.

Rockpages.gr: 30 years later is there still passion and lust for music?

Vlad Janicek: Without passion music has no soul. I would not be doing this without it, during the preparation of new backing tracks I frequently shed tears listening back to old songs.

That’s when I know my music has something.

Rockpages.gr: What made Vlad Janicek and Louis DeWray waking up the band again? It feels like a vampire is back and ready to bite!

Vlad Janicek: There is a long complicated set of circumstances but to be brief it was influenced by some sudden changes in my personal life and I realized I wanted to see if I could still write and perform music after so many years away.

Music was very therapeutic in helping me through some very dark, tough times and I realized I could not keep myself any longer in a self imposed exile.
This huge change in personal circumstances gave me the impetus and opportunity to devote time to songwriting and performing once again, coupled with a sense of unfinished business.

When I first floated the idea to Louis he was initially very reticent and eventually I understood this was mainly due to his fear that we could present a professional and polished show. 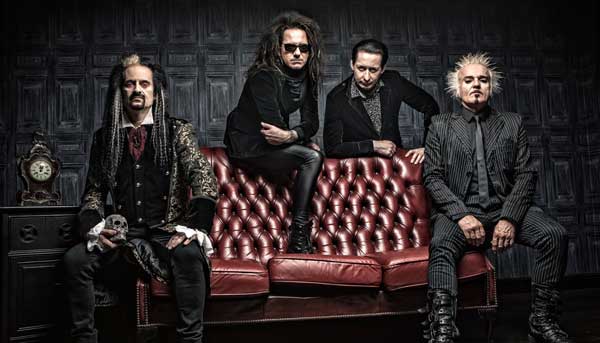 Rockpages.gr: Were you involved in other bands or music projects all these years?

Rockpages.gr: What are the other members that will be on stage next week?

Vlad Janicek: We are joined by Rob Leydon on guitar who many Greek fans may recognize from his other band Red Sun Revival and Chris Clark on drums, who moonlights in another alter ego as Alien Creation.

Rockpages.gr: Did you miss the stage and live concerts?

Vlad Janicek: I did indeed, but for many years was convinced that there was zero interest in me or my music anymore and was astounded at the reception when I tentatively dipped my toe belatedly into the world of Social Media. 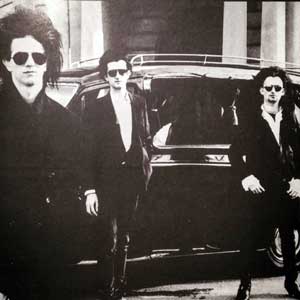 Rockpages.gr: What should the greek fans expect from your upcoming concert in Athens?

Vlad Janicek: Our Hellenic audience should expect a professional, dramatic performance with many classic songs some of which were rarely performed live previously, played with a style and panache in keeping with the founding principles.

Our set list will cover the Legend and Rise eras, however we have several new songs being written and some of these will be part of our show. We may even debut a new song exclusively first in Athens! Some old favourites like “The Wiccaman” and “Lament” may make a return too.

Rockpages.gr: Obviously it is great to see the band live on stage but should we wait for a new studio album too?

Vlad Janicek: We are very much writing again, creating new music was always our intention and we are working hard to create a new album. Stylistically it will contain many of the Rise era trademarks with some newer twists in the writing.

Rockpages.gr: In our days how different are things for the music industry?

Vlad Janicek: The music industry is largely a dead one, it has been democratized on the surface. However in reality it has been turned into assets to be exploited by technology companies for whatever makes them profits.

From a writing and recording process, it is both terrific and a curse. The digital world enables us to constantly adjust and refine, however it also allows us to become attritional by becoming scared to commit or over analyzing.

Streaming while great for fans has killed the ability to earn a living from recorded music, this is why you are seeing so many reformed bands, their back catalogue has been wiped out by digital distribution.

Rockpages.gr: Do you feel gothrock is receiving less interest? Can it really receive chart success again?

Vlad Janicek: The goth scene is still very much alive, although battling hard against the majority obsession in the alternative scene with EBM and Cold Wave. Other than a heyday between 1982-1987, the goth scene has always been the illegitimate child tolerated but largely hated. I don’t really think there is such a thing anymore as chart success anyway. 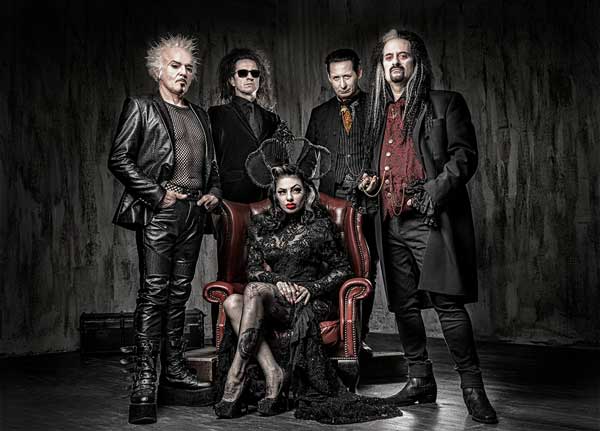 Rockpages.gr: Is there any space left for gothic rock anymore? Apart from the fans of the old good days do you see new people hugging the dark and romantic style of bands of your kind?

Vlad Janicek: I think it has potential to grow, presently I feel the scene is very much kept alive and enhanced by the older generation who feel very protective and proud of their heritage. We shall see.

Visually there seems to be a resurgence in the aesthetic, especially on social media, this has drawn in many younger fans excited by something far removed from the sterile Gap generation or puerile Rap culture that surrounds them.

Rockpages.gr: Is the image still important as it used be in the past or the music can deliver the message on its own?

Vlad Janicek: We always were and still are about a complete dramatic presentation, for us the music and the visual element were very much in tandem. No change there!

Rockpages.gr: Do you still follow other bands of the scene?

Vlad Janicek: Personally I do keep an eye on what is deemed current, although I also retain affection for many of our peers. One of my first visits to Athens was to see London After Midnight and I made a point of talking with Sean Brennan as we have a virtually identical historical path albeit in parallel across continents.

Rockpages.gr: We can’t wait to see you on stage at The Temple. Some last words that you want to share with the greek fans?

Vlad Janicek: We are very excited and honoured to be playing Athens, I know first hand the affection and loyalty of the Greek fans in the scene to our songs. Being able to finally present them with a show rammed full of classics as well as an opportunity to air some new songs is very nice. Having visited the country many times in the last year I have been astounded by the affection for our music and the dedicated and passionate scene here.

I would like to thank the fans who on my first visit amazed me with their affection for us. In particular I would like to thank Fondas, Kostas, Christine and last but not least my lady Elisabeth, all of whom inspired me to make playing Athens a mission I had to bring to life! 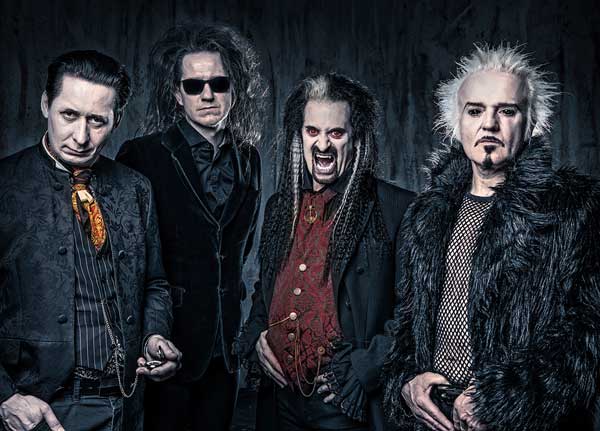