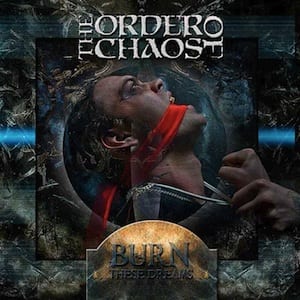 The Order Of Chaos fall into the category of female fronted bands that don’t follow the operatic, and symphonic paths, but the heavier ones. Amanda Kiernan, the band’s vocalist, shows her enormous talent and great ease to switch from clean vocals to grain, and fierceness, proving original members John Simon Fallon, and Sterling Burrows right for their choice. OK, she ain’t Angela Gossow, but she can surely scream and groan like a champ!
Musicaly, the band borrows a lot from thrash, but its roots can be found on traditional ‘80s metal. There is a lot of imagination, inspiration and creativity, that could have surely been aided by a better production. Still, the unbeatable combination of old school metal, coupled with thrash influences and Amanda’s dominating presence create an interesting piece of work with great variety that would excite and interest listeners that don’t pay attention to labels.
The most positive thing about this album is that you don’t know what to expect, since from track to track there is always something new to explore. If the production was a notch better, this would have been an amazing new release hands down. We with them all the luck for the future… we’ll be waiting!

The Order Of Chaos