It’s a great pleasure for me to talk again with Quireboys. It is such a nostalgic and at the same time, very active band. We are in Pwllheli, Wales, during Hard Rock Hell festival and we are talking with Paul Guerin, the guitarist of the band, who, apart from being a great musician is also a great interlocutor.

Rockpages.gr: This is your third time in Hard Rock Hell Festival…right? 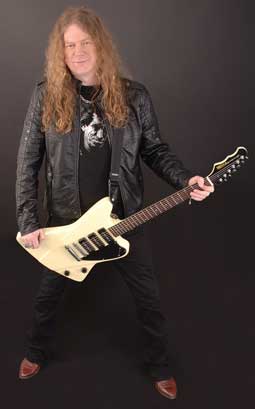 Rockpages.gr: Why is this festival so special for Quireboys?

Paul Guerin: I think it works really well for us…people appreciate and support festivals with great line-up where they can have a good time, drink, meet the bands…there’s a really good music here that people can check out. It’s a very organized festival and people obviously like it. It’s always a great crowd which makes a great festival really…we do what we do and all in all it makes things better.

Rockpages.gr: Would you like to give us any information regarding a new Quireboys record?

Paul Guerin: The truth is that we should have had released it by now but business got in the way…what can you do…that’s life. So we have booked a studio in Wales and we hope to have the album out by summertime. That’s the plan. We have written lots of songs and they all sound good…we’ll see.

Rockpages.gr: So, this is really the next step in the Quireboys career…

Rockpages.gr: You always said that “this is Quireboys and this is Rock and Roll”! Rock and roll is a kind of music, is a feeling, a music sound, a way of life…what’s really Rock and Roll for you?

Paul Guerin: That’s an interesting question…the great thing about this band is that we all listen to the same things; it’s in our DNA. I can’t make a jazz record…that wouldn’t be me, you know. I’ve been doing this…I’ve been doing this rock n’ roll thing since I was 12 years old. It’s very natural to me and that’s what makes it so special. The other thing is that we are friends; we have the magic in the band and an understanding…the musical communication. It just comes naturally.

Rockpages.gr: Say that you had to choose between a performance in a small club in front of 1000 people and an afternoon performance at a big festival in front of 50.000 people…what will be your choice?

Paul Guerin: As much as I would like to make a choice, I have to tell you the truth…it makes no difference to me because I am happy to be doing that regardless the place. The number of people is not important to me because what matters to me is that I am on stage with my band. There are people that wanna hear our music. Everything is sort of a bonus to me…I love the festivals, I love the clubs, I love the touring. It’s all the same to me and I love doing it…because it’s me! 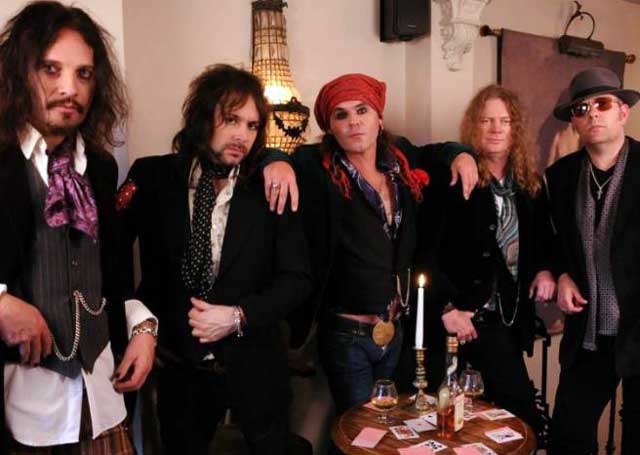 Paul Guerin: We are doings some club gigs, a few shows in Argentina and Brazil. We did some festivals in Europe like Download. Also, we are doing a few acoustic shows…especially in Scandinavia…which of course are not so heavily advertised because what we are doing really is taking a break of our writing sessions…we are going over there to write, you know. I love to do these acoustic things…we will definitely do some more acoustic gigs…that’s for sure. People like it and you get to see two sides of The Quireboys.

Rockpages.gr: Is the reaction of the audience different when you are performing acoustically?

Paul Guerin: To be honest, people seem to enjoy both things…we have some great fans that follow us who really enjoy these acoustic shows because they get to see actually how the songs were written in the first place. Also, we are doing a lot of songs that we wouldn’t normally do in an electric set. It’s a different experience and it’s a really more intimate thing and you get to analyze how the songs were written, how you did this you did that…it’s a nice experience. 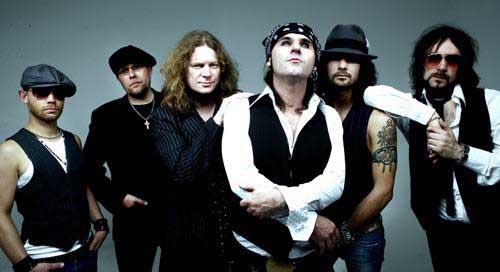