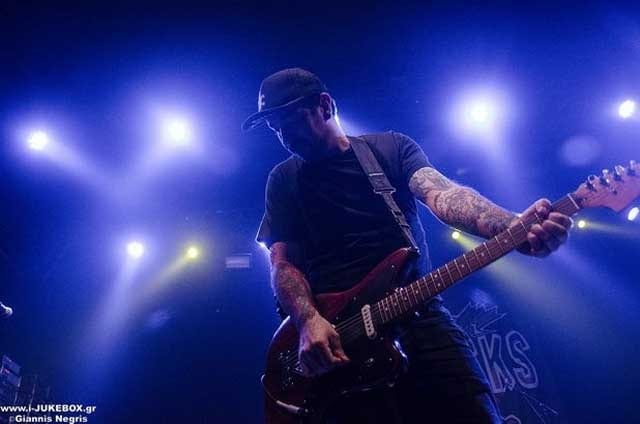 Energy levels were high right from the start, and the club was almost packed on Saturday night. Opening act Bad Movies* did a great job warming up the punters, with well-crafted garage rock in the tradition of seminal Greek bands like Last Drive… 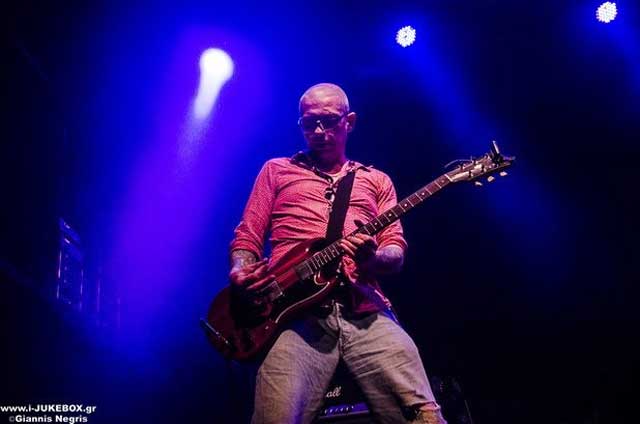 Having been around since 2004, and gone through several line-up changes, the band from Salonika are tight as a punch, delivering no-frills rock n’ roll grooves with a complete lack of pretentiousness, and thought-provoking lyrics.

The Rumjacks didn’t wait long to take the stage, and did so in full force with the band in top form; bassist Johnny McKelvey engaged the audience in true laid-back Aussie fashion, expletives aplenty. 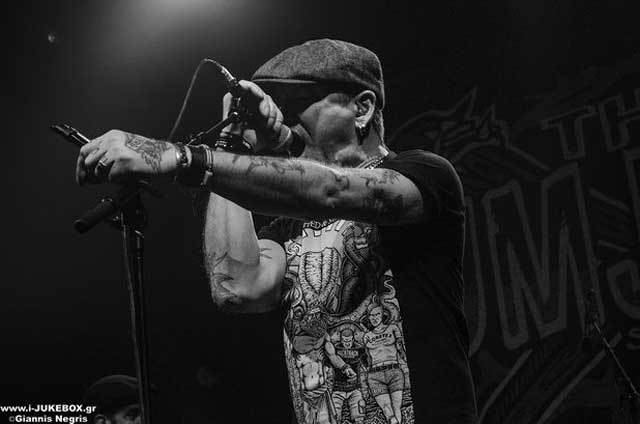 Playing to a crowd twice the size of what they had previously experienced in Greece had an obvious emotional effect on the lads, who reciprocated accordingly, harvesting the explosive atmosphere.  Highlights ‘A Fistful O’ Roses’, ‘Patron Saint O’ Thieves’, ‘Jolly Executioner’, ‘Saints Preserve Us’, ‘Wild Mountain Thyme’, and YouTube hit ‘An Irish Pub Song’ were greeted with dancing, pogoing and frenzy by the fans, who seemingly transformed into raucous Celtic hell-raisers in an instant. Turning ‘My Time Again’ into a potential stadium rock anthem, getting their reggae grooves on with songs like ‘Kathleen’, and stirring heart-strings with their enthusiastic reaction to the love received from the audience, there was an eventful air to the entire affair that made it a stand out gig. 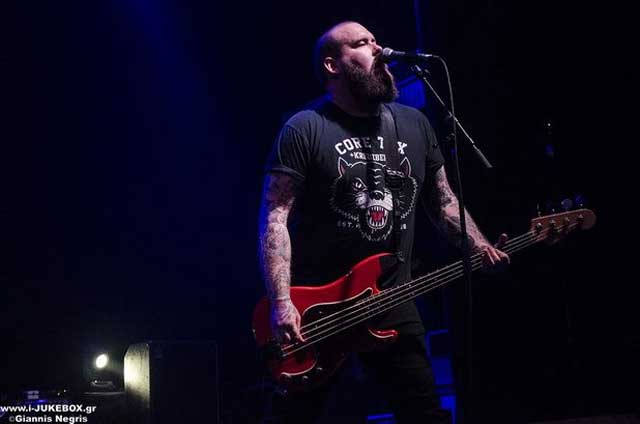 The PA sound, however, was not up to speed, ultimately taking much away from the enjoyment. Frankie McLaughlin’s vocals and tin-whistle, especially, were mostly drowned out by the drums and guitars, and mid-high frequencies were all over the place at times, ringing in the ears to the point of auditory exhaustion. Which made it even more awesome how the energy of the band itself over-compensated for these problems, managing to keep the audience captivated despite not being able to hear them as well as they should.

The Rumjacks have grown to a genuine landmark of the Celtic rock revival. 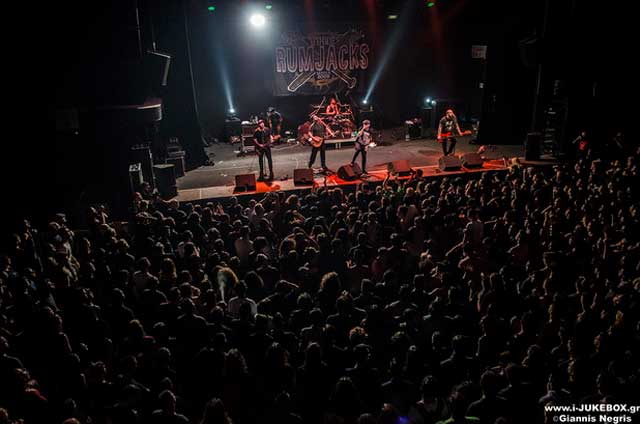