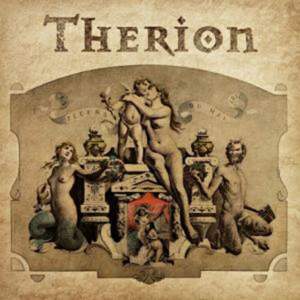 The only certain thing about this album is that despite the fact that Therion’s logo is all over the cover, “Les Fleurs Du Mal” (The flowers of evil) can not be considered as the new album of Christofer Johnsson’s band.
The idea of French songs covers (coming from the 60’s – 70’s), as much as intriguing might have sounded to the band leader, can not be put to circulation under the name “Therion”. Nuclear Blast’s reaction to refuse releasing it was absolutely right, in my opinion and, as a result, the new Therion c.d. is only being sold in Therion gigs, signed by Johnsson.
I’m not familiar with the original songs and I didn’t look them up; I believe that most of the people interested in it will react the same way. Some of them are well-known in France, some of them sound good in the album, maybe they are even perfect for these standards, nobody doubts Johnsson’s skills. However, I can not believe that “Les Fleurs Du Mal” is the grande finale of Therion’s course.