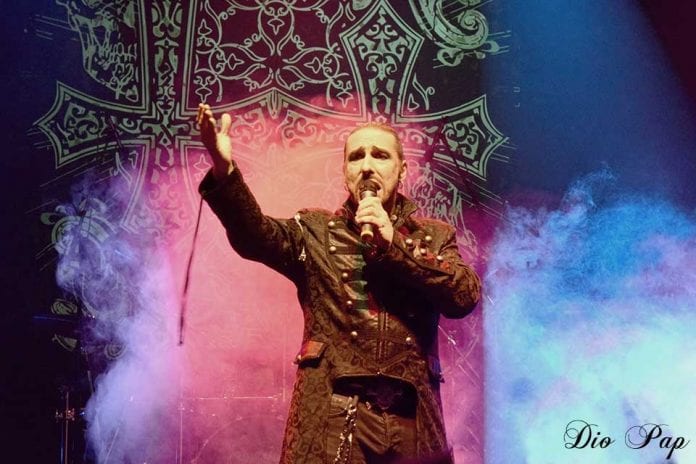 Right from the start the package looked promising. On one hand you have Therion’s return with a brand new and heavily advertised album, which is very good, a good motive for the fans and on the other hand a bunch of good bands filling the bill. 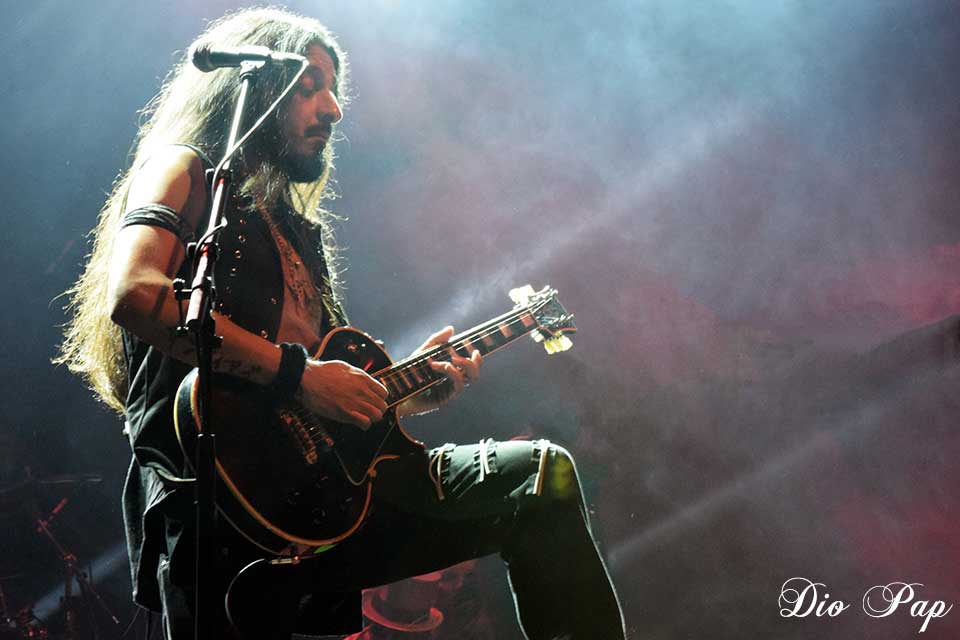 But, I can’t stay that the attendance was the biggest possible. The fact that The Devil played in front of 50-60 people is indicative, but still they managed to present something good and original. Their activity might be limited lately (and in general) but what I heard was a great instrumental modern gothic -cinematic as they call it- music with unique voices and pre-recorded narration samples.

Those five Brits in black were a dominant presence on stage with a dark backdrop that completed a great gothic scenery. Overall, I think they were great.

Moving on with the German outfit, Null Positiv, who sing in their native language. I can’t say I was impressed despite the commanding presence of front woman Elli Berlin. Too much fuss and mediocre female brutal vocals… It’s a fashion these days, but it’s not so easy to be accepted by the audience as easily as some may think. I’d say it they played a decent show and that was it. 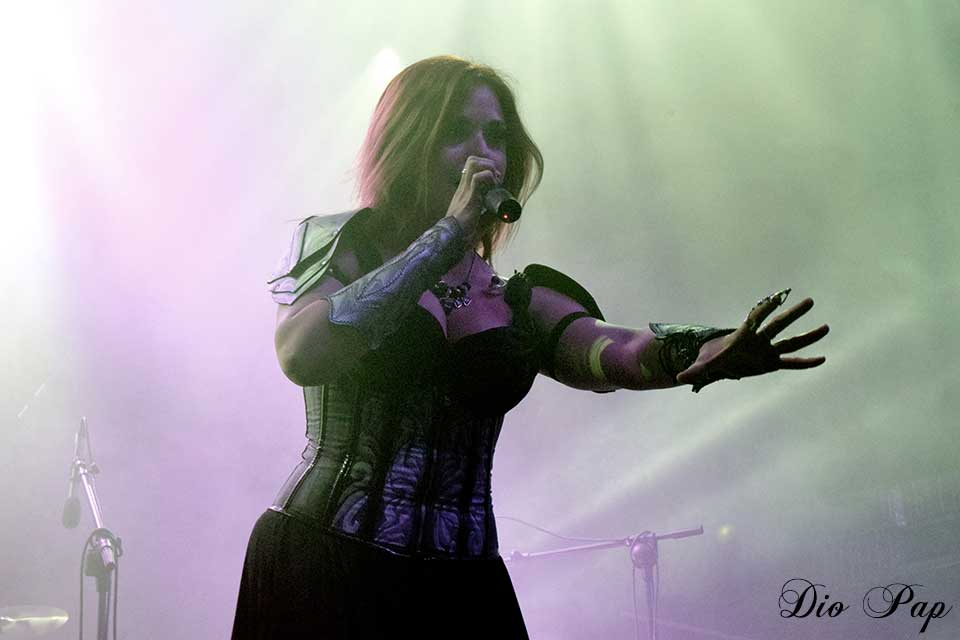 Imperial Age set the bar higher by default. I must say that I am following this Russian band  for 5-6 years now. These guys pay too much attention on their stage presence and their performance with great outfits, but their music won’t leave you unmoved. Semi-tenor Alexander Osipov is their frontman coupled with two remarkable ladies on backing vocals and keyboards plus some great players. their style is quite unique and will definitely make you pay attention and listen to them. Perhaps, they are not appealing to most of people, but it was obvious that a lot of people in the audience liked them. Imperial Age is a special symphonic metal band and a professional outfit on every aspect and they showed that on stage. 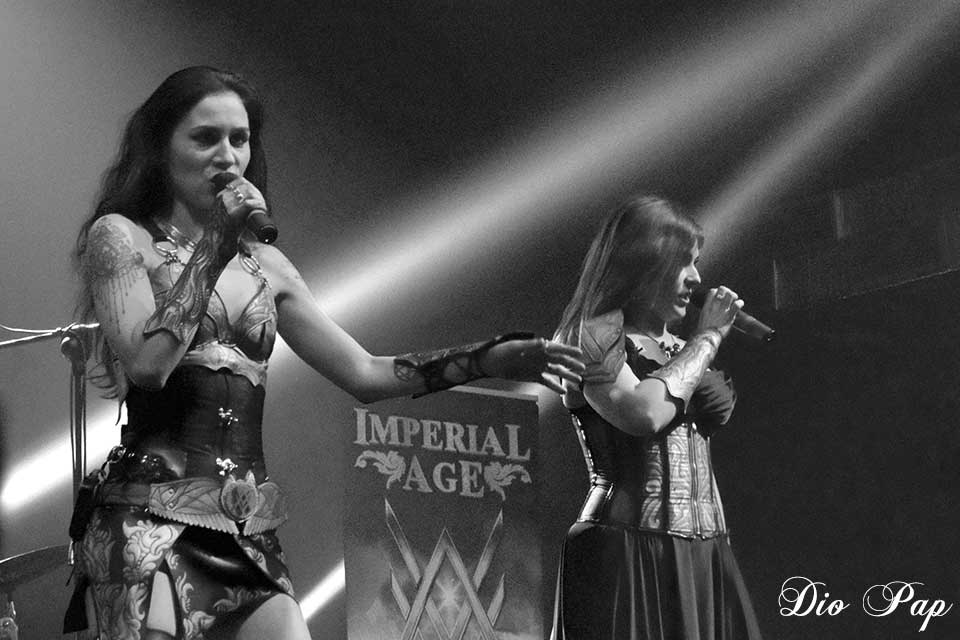 I was never disappointed by a Therion show. They are always interesting as Johnsson always has some new stuff to show on stage. This time there was no orchestra, or choir, but the one and only Thomas Vikstrom and the exquisite voices of Chiara Malvestiti and Linea Vikstrom, although the latter’s stage presence and performance is a bit too much in my opinion. 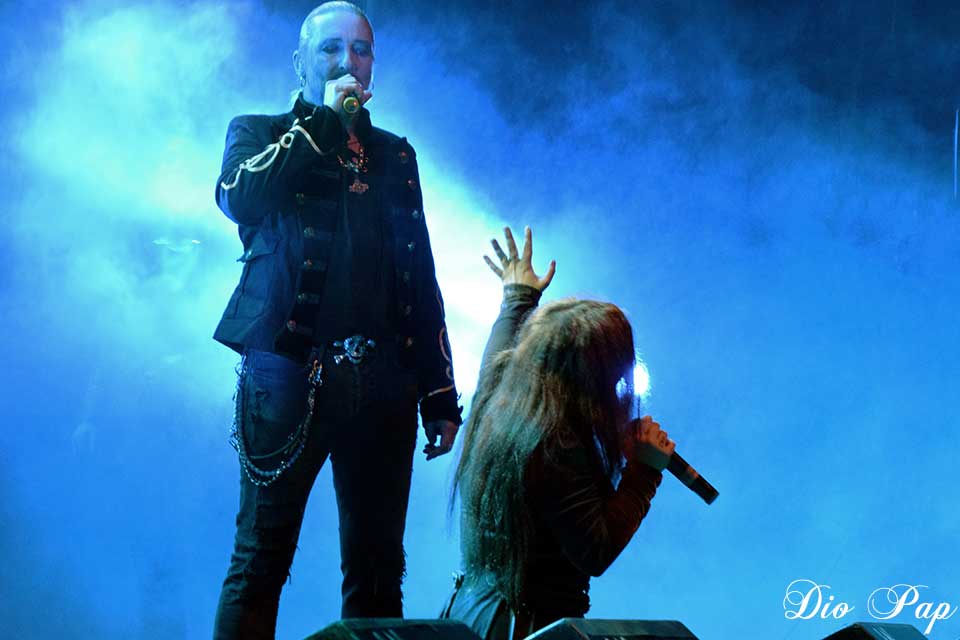 On “Din”, early on the band’s set, Elli Berlin came out as a special guest and that was awesome. Therion kept pumping the crowd, which wasn’t too big, with their theatricals that they know pretty well how to portray. I think that this lineup can communicate more directly with the audience comparing to the bands previous shows having adjusted their connection with the crowd perfectly. The greatest moment in the show I’d say it was “Lemuria”, while they plaeyed 5 songs from their brand new rock opera “Beloved Antichrist” on a 140-minute show. The closing was “To Mega Therion” as expected with the audience having enjoyed a very warm and interesting night.

Theme Of Antichrist, The blood Of Kingu, Din, Bring Her Home, Night Reborn, Niefelheim, Ginnungagap, Typhon, Temple Of New Jerusalem, An Arrow From The Sun. Wine Of Aluqah,, Lemuria, Cults Of The Shadow, The Klysti Evangelist, My Voyage Carries On, The Invincible, Der Mitternachtslowe, Son Of The Staves, The Rise Of Sodom, To Mega Therion 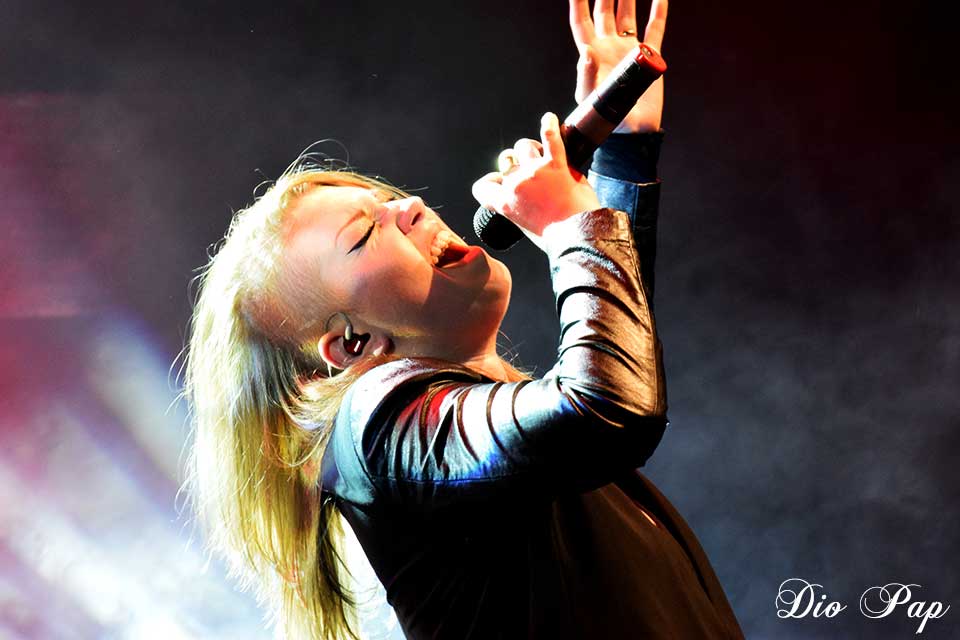