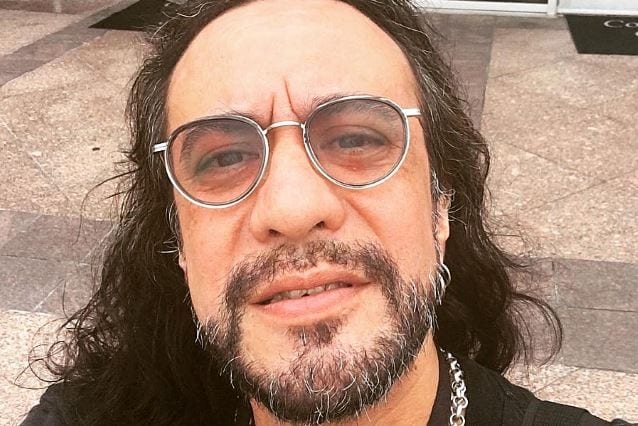 CINDERELLA guitarist Jeff LaBar has accepted blame for the group’s prolonged period of inactivity, explaining that his “drinking problem” caused a rift between him and his bandmates. CINDERELLA frontman Tom Keifer recently told RockRevolt Magazine that “some issues” within the band — “going back decades” — have effectively sidelined the group for the past four years. He explained: “We took some pretty extreme measures to right the ship and fix things, and we made a pact as a band in 2012 that we would not do anything as a band until the issues were resolved. That’s how much it came to a head. The issues are unresolved, so that’s all I can say about that.“
Although CINDERELLA hasn’t released a new studio album since 1994’s “Still Climbing”, the band started playing sporadic shows again in 2010 but has been largely inactive for the last few years while Keifer focuses on his solo career. Now, in a brand new interview with “Another FN Podcast With Izzy Presley”, LaBar opened up for the first time about CINDERELLA’s decision to stop touring, saying that he understands why Tom doesn’t return his calls and admitting that he is “pretty much done playing music.”
Asked what his take is on where CINDERELLA stands in 2016, LaBar said: “Hmmm… I have no idea. I don’t talk to any of them anymore. Or, let’s put it this way: they don’t talk to me. We all made a pact a long time ago to not continue CINDERELLA if one of us drops out. And I think [Tom is] gonna stick to that. I don’t talk to him anymore, so I don’t really know for a fact. But we all did make a pact not to do it if it wasn’t the four of us. And it’s not the four of us anymore“.