A few hours before the Three Tremors hit the stage on Greek soil, Sean Peck talks to us about the idea to resurrect this concept, the debut album, as well as what’s on the setlist. Of course, he doesn’t reveal everything! One thing is sure though, we will have the chance to enjoy three amazing performers in a great heavy metal party! Interview: Sakis Nikas 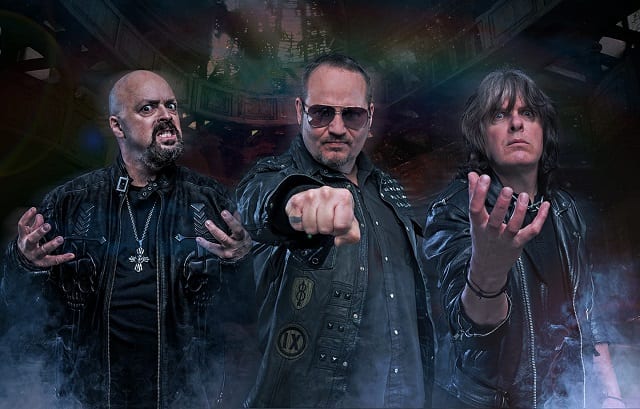 Rockpages.gr: First of all, who had the idea of bringing together Sean, Ripper and Tyrant under the Three Tremors tag? We were all aware of a similar attempt (with the same name) from Dickinson, Tate, Halford…

Sean Peck: It was me Sean who had the idea.  It just seemed like a shame that it was never going to happen so I thought, who would I get in a perfect heavy metal world to be the 2018 version of the Three Tremors and luckily Harry and Ripper agreed to take the journey with me.  The rest will be heavy metal history!  If the original 3 ever want to do it that would be great.  Maybe we could join up as the 6 tremors ha!

Rockpages.gr: This is not a nostalgia act as you are about to release your debut album. What can you tell us about it? I guess that Sean wrote all the songs and then sent them over to the other guys. Shall we expect a heavy metal assault in the same vein as Jag Panzer, Cage, Priest etc.?

Sean Peck: Yes the album covers a wide variety of heavy metal styles which keeps the album interesting.  There are thrash metal tracks, classic heavy metal head bangers, some painkiller ones, all kinds of stuff.  Having really good songs was the top priority.  We knew the vocal performances were going to be great but we needed just killer songs to make this thing special.  Most super groups never live up to the hype and they always seem just to be ok, but this thing rips!  This is a band not just a project or one off. We are booking tours in every metal market you can think of.  The album has not even been heard and the demand is already high.  Once they see what we can do live I am sure there will be no choice but to continue on and grow this thing.  It is incredibly powerful and after this tour will be like a well oiled machine gun!  We have all kinds of ideas for the live show and really want to expand on it as we move along.  With this line up we can do what no other metal band can really without backing tracks which we will never use.  The Cage guys in the backing band all sing too so its a nuclear warhead of heavy metal! 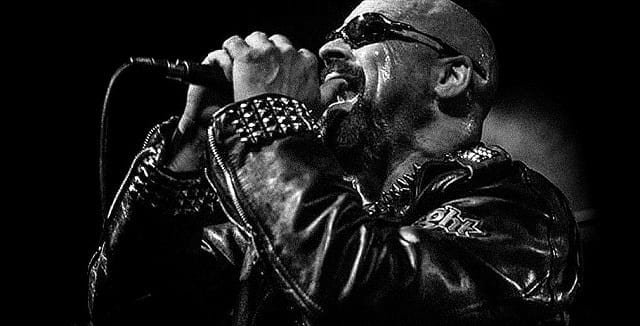 Rockpages.gr: You will promote the whole thing with a proper tour. Naturally the set list will include songs from your new album but also cuts from the rich career of all three of you. Give us some details please…

Sean Peck: We will play stuff from Judas Priest, Cage, Jag Panzer and the entire 12 song record of our original stuff and some other surprises.  The Judas Priest songs will not be Breaking the Law or Living After Midnight.  We are playing Priests Finest!

Rockpages.gr: You are offering a great bundle with the new album on your website. Do you think in this time and age one should come up with more and more stuff in order to “persuade” the fans to buy the product?

Sean Peck: I have always loved pre orders and cool collectible items.  This Extreme Scream pak is loaded with everything you could imagine at a crazy low price for what you get.  Check it out at www.pledgemusic.com 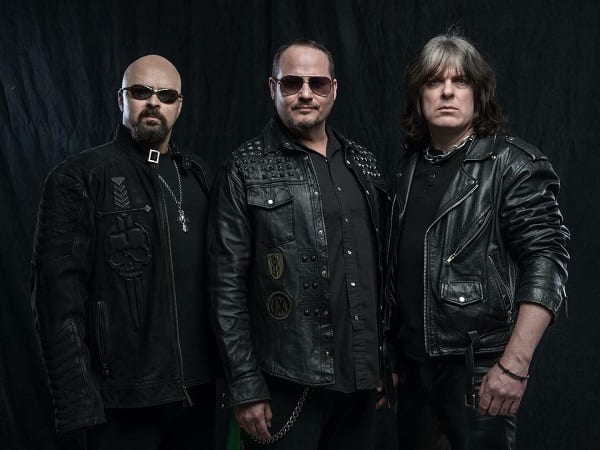 Rockpages.gr: Do you think that the initial idea of The Three Tremors (I mean, with Dickinson, Tate & Halford) was the best one? Would you replace one of them? Some people, including Dickinson himself, weren’t in favor of Geoff Tate. What’s your comment?

Sean Peck: I think they could have picked someone that was more committed to heavy metal perhaps.  Dio was obvious but my insider knowledge of that side of the story says that it was offered but there were reasons why it did not happen.  Midnight from Crimson Glory would have been my choice for the 3rd guy.

Rockpages.gr: If there’s gonna be a second album in the near future, will the other guys contribute on the songwriting process?

Sean Peck: We have already talked about it.  I would assume the guys would be more available to contribute.  We just wanted to make it easy for them on the first record but Ripper and Harry are both great writers so we would of course look to them for ideas.  We would have to move a little faster the last one took 5 years ha!!