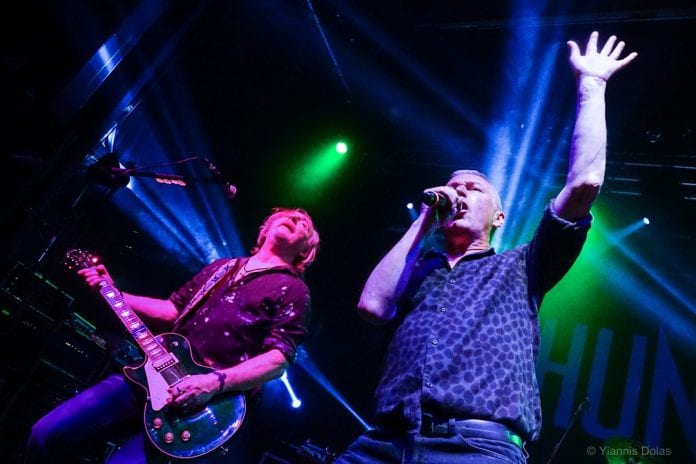 Kingdragon’s George Aspiotis said it best: “I won’t believe it until I see them on stage”! It’s true that the first reactions to Thunder’s show announcement were outrageous. Nobody could believe that the band was finally going to play a show in Greece.

Thunder has been on the bucket list for a lot of Greek fans and a good opportunity to travel abroad to see them live for several others so this was the right time. Unfortunately, the turn up though it looked good in the eye the numbers said otherwise.

Kingdragon kicked off the evening and boy we haven’t seen them on stage for a long time. The band was pretty solid on the time they had in their hands, they were tight and their sound was great. Panagiotis Zouvelos on bass was a last minute replacement, but he didn’t seem like that at all. With the druns set up on the left side of the stage we had the chance to enjoy quality hard rock and truth is that they reminded us that they’ve written some great songs like “Victim Of Love”, “Asian Star” and “Man Of Yesterday” that closed their set. Their energy on stage was the ideal warm up for the audience that was getting inside the venue.

Last Time, Hide The Sun, Burn It Down, Bridges Of War, Dreams Are Broken, Victim Of Love, Asian Star, Man Of Yesterday 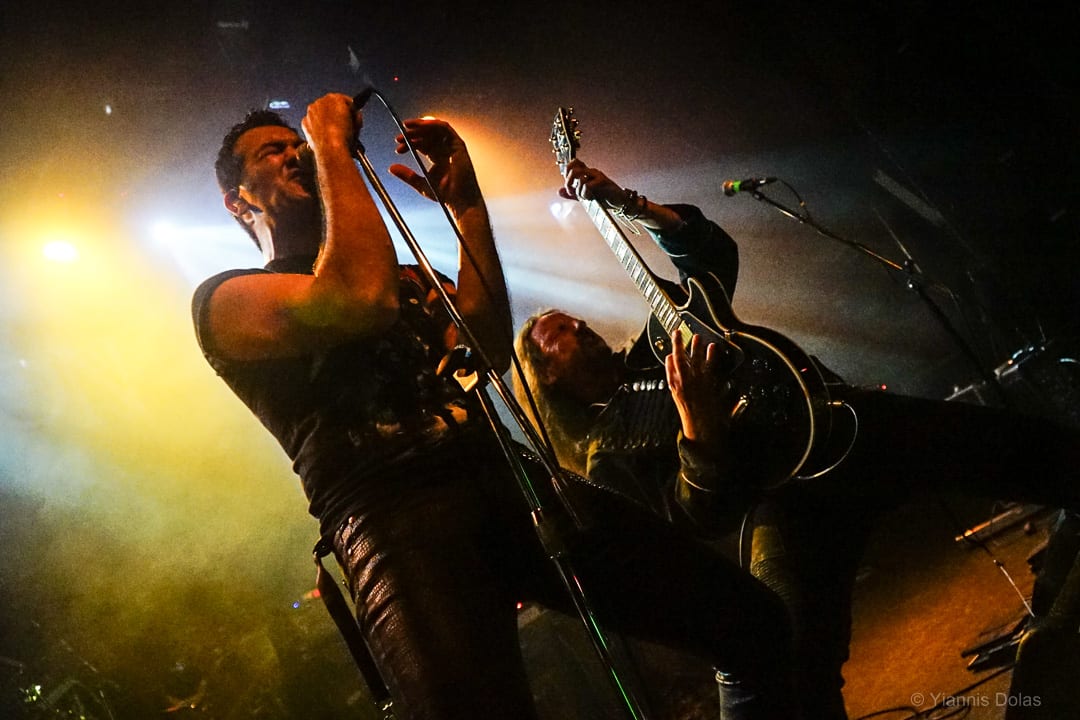 SL Theory belong to a category by themselves for the Greek standards. First of all they were 10 of them on stage! Their style of music is somewhere between prog and art rock and they are all virtuosos. However, I am not sure how they were a good fit for the headliners style. The crowd was supportive and applauded them, especially in the end were they played Kansas’ “Icarus”!

Saintz & Sinnerz, Couting My Pieces, Run Into The Night, Ghostly Train, Afterlife, On My Way, Song About Nothing , Now, Supersonic Rocket Man, Icarus 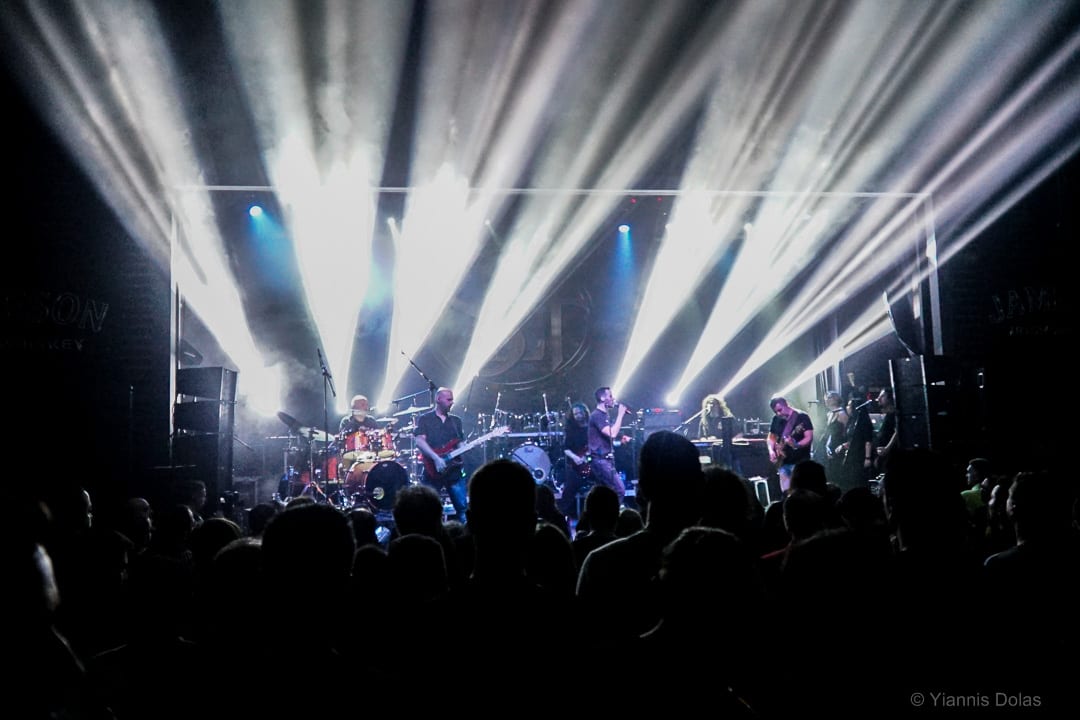 After a long time waiting for the stage to get ready for the headliners “Thuderstruck” was on the PA, meaning that the boys were about to come out. They stormed the stage like a bull in a china shop, with glaring eyes and teenage enthusiasm. It didn’t take them long to set the audience on fire with “River Of Pain” played third giving goose bumps all over while they whole venue was screaming the words causing the Brits’ awe. The flow was magic with a best of setlist and “the hits” coming one after the other and the crowd in a continuous ecstasy. 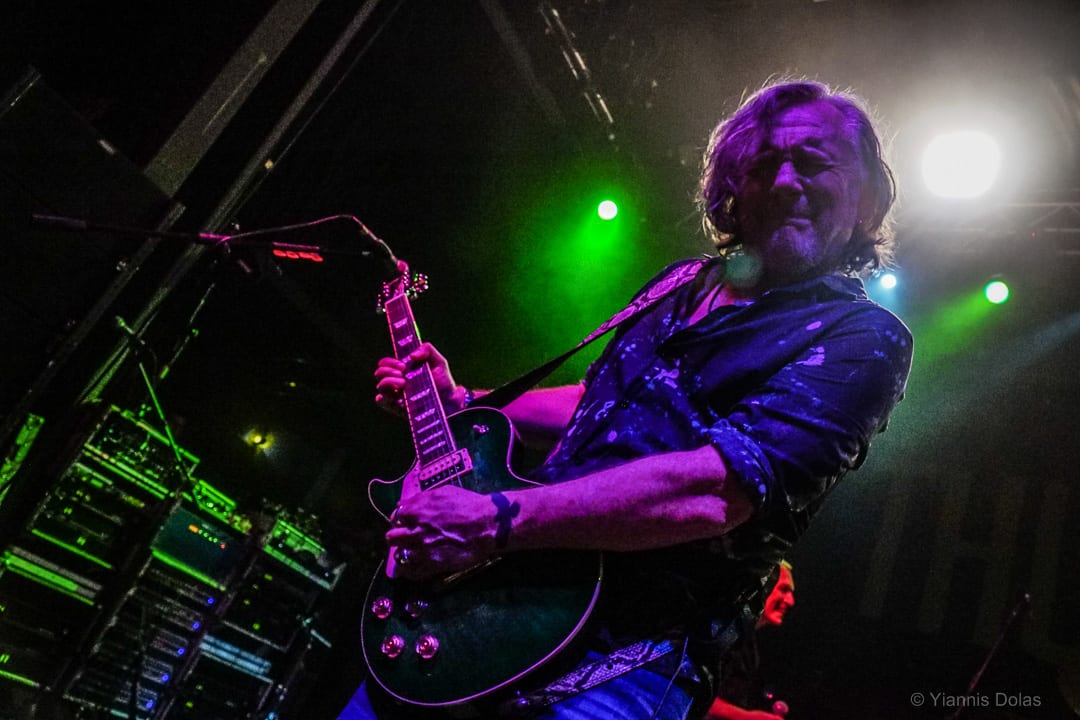 Danny Bowes performance was coming straight from the albums totally unharmed by time. As a frontman he was tireless and didn’t leave the audience idle for a second demanding its intense participation. By his side his permanent companion, Luke Morley, giving his guitar a hard time with style and even spinning around like a windmill. Gary “Harry” James was holding court on the drum riser blasting the skins along with Chris Childs who was accompanying his pounding. On second guitar Dean Howard came on the last minute to cover for Ben Matthews and did a great job. 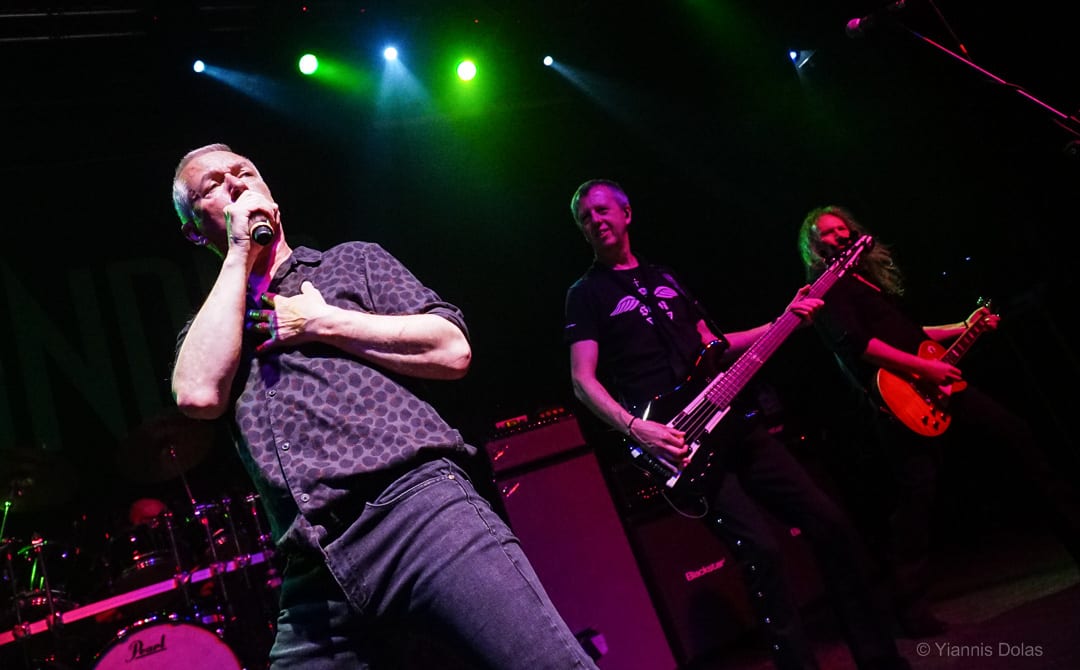 My only complain was the set. Having seen the band before and having listened to those who saw them lately I was expecting at least a 2-hour show. We got 90 minutes instead. Seeing the setlist before the show I thought that they were going to add a couple of songs on the fly, since this was their first show in Greece and all. That never happened. Anyway, the show was excellent. It was a template for how rock shows should be. Hope we will see them again.

Wonder Days, The Enemy Inside, River Of Pain, Resurrection Day, Low Life In High Places, Backstreet Symphony, Higher Ground, The Thing I Want, The Devil Made Me Do It, Serpentine, Love Walked In, I Love You More Than Rock’n’Roll  Encore: Stand Up, Dirty Love 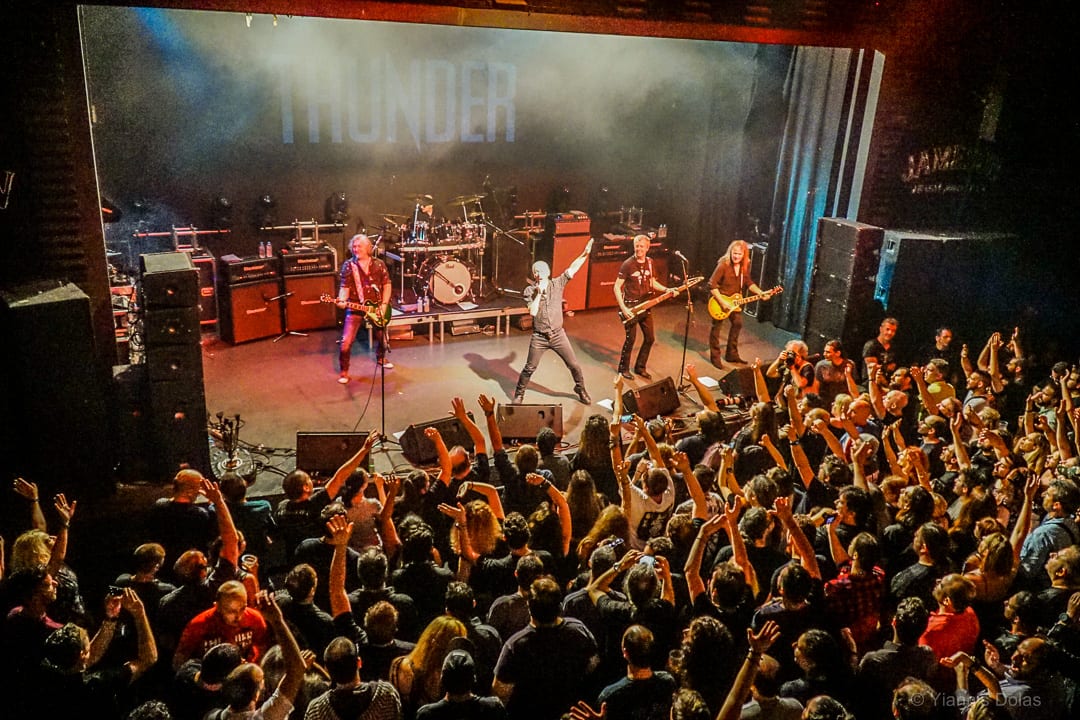