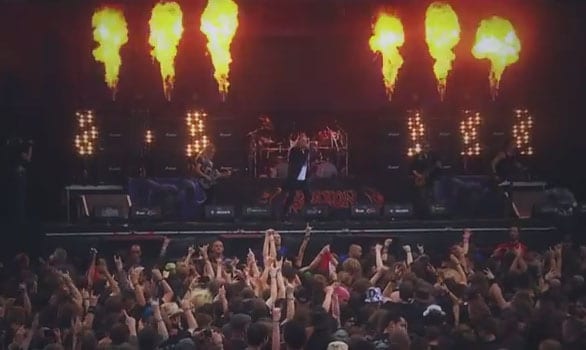 Saxon published a new video for the song “Thunderbolt’ from their 22nd album with the same titled, which will be released on February 2nd through Militia Guard (Silver Lining Music). “This is album 22 and it’s called Thunderbolt. It’s a storming, smashing, thundering collection of tracks we’ve been crafting with producer Andy Sneap and it’s finished ready to be unleashed. Stand clear and fasten your seat belts!” says Biff in a classic call to arms for the fans. The video contains footage from the band’s recent live shows.