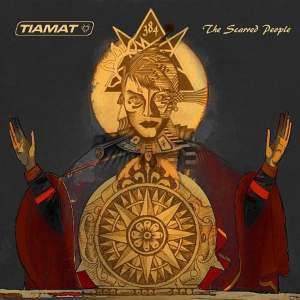 After a period of experimentation in a more commercial style and gradual departure from the metal roots of the ‘’Wildhoney’’ era, Tiamat made a strong comeback in the heavy music map with ‘’Amanethes’’. Its successor, ‘’The Scarred People’’, is less heavy but has its charm and will satisfy the group’s fans.

The baritone voice of band leader Johan Edlund is commanding and grand as always, with requisite emotional weight in his performance, that in combination with the music makes the listener travel through Tiamat’s dark atmospheric landscape. The guitar has a central role, unnecessary effects are not to be found, the compositions are long and dense and you won’t hear much Sisters of Mercy or Paradise Lost’s ‘’One Second’’ album as an influence. What the Swedes try to accomplish is the incorporation of elements from their entire career, a similar approach to what Amorphis does over the last few years. At the end of the day, good songs are what matters, and ‘’The Scarred People’’ has plenty, from the epic opening of the title track all the way through to melodramatic track ‘’The Sun Also Rises’’.