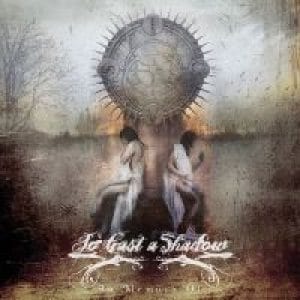 The Norwegians released their debut in 2007, under the title “All alone”; unfortunately I have not listened to that one yet. Four years later they sign up with Kolony and their sophomore is at hand. Thus we listen and take notes and these are some fine creeping themes, dirty guitars, some muddy male vox and the angelvoice of Miss Gunnhild; this girl can be heard to heaven for sure! Vocal lines are exquisite; her soprano motif will definitely drive fans crazy.
We mentioned doomy tunes above, yet do not act surprised when listen to some fast intermissions the likes of this ending in “Oceans apart”.  It’s only natural to feature an outburst at the end of the day. Then you get to listen to crystal beauty “Betula”, being the intro for “My misery”, which walks the same dark path. These Norge peeps are the masters of darkart, they know how to blacken their music the best way there is.
The album contains some tremendous tracks; I’m listening to “Set afire” now and I want to thrash the wall! Melodies are pessimistic, however they can be really neckbreaking…
Unfortunately, the band recently announced Gunnhild’s leave; I read there were no differences, the girl just decided to focus on something else. All the success in the world for the boys and I do hope they come up with an equally talented frontwoman soon.

To Cast A Shadow